Blog - Latest News
You are here: Home / Around Amma 2005 / Brahmasthanam temple in Trissur 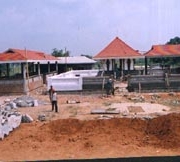 The new temple is located at Amma’s ashram in Ayyantol, Trissur, approximately 180 kilometres north of Amritapuri. Trissur is considered as the cultural capital of Kerala, famous for its temple elephants and festival celebrations. 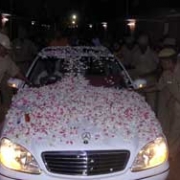 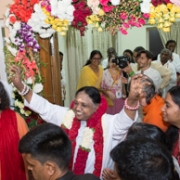 Installing god in the temple & in the heart 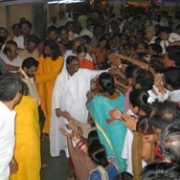 Amma arrives at her ashram in New Mumbai