Amma’s Hyderabad devotees welcomed Her Wednesday night on a grand scale. The massive backdrop of their stage—a beige façade of a palace—reached some 20 feet into the night sky. In each of the palace’s windows candles were lit, and in the centre was a majestic poster of Amma’s smiling face. 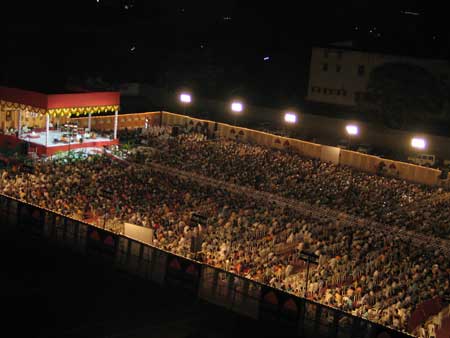 Among the many dignitaries to welcome Amma to India’s hub of hi-tech were the Honourable Justice of Andhra Pradesh’s High Court, Shri. Ramulu; IAS Director of Youth Affairs, Shri. Kamal Rao and IAS Commissioner of Food & Civil Supplies, Shri. Banwarlal. 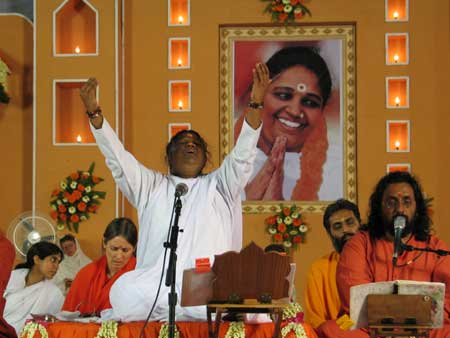 Upon the conclusion of the formal part of evening’s program, Amma gave Her satsang and bhajan, singing the majority of songs, such as “Lalitamba” and “Nirajanam,” in the local language of Telugu.

Thus marked the beginning of Amma’s three days in Andhra Pradesh. The remaining two programmes are to be held in Amma’s Ashram, which rests across the river in Hyderabad’s twin city of Secunderabad.