During Kozhikode program, Amma distributed Amrita University’s certificates to 17 tribal children from Attapadi for completing the eLiteracy & Health Awareness course. The tablet computers were taken to their doorsteps and classes timed after their working hours. 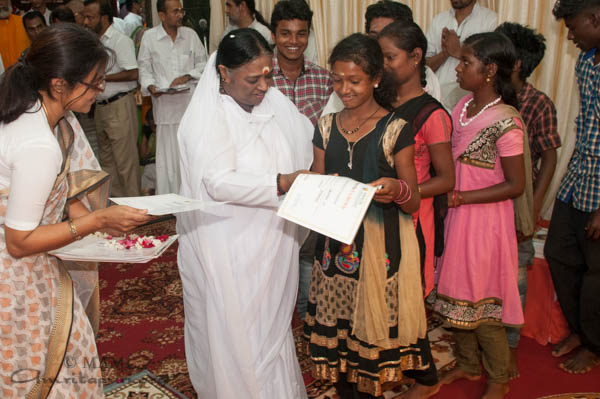 The tutor Aneesh is an alumni of Amma’s Parapally School.

Amrita CREATE is training 1000 tribal children and adults in Kerala. Tablet computers are used to teach Computer Concepts, health awareness, social awareness and value education. Selected student ambassadors help raise health and social awareness in the entire village and school. The beneficiaries include tribal students in schools and from Mahila Shikshan Kendras, where tribal girls are brought in for equivalent education. It also includes girls from the Nirbhaya Hostel, who have been saved from trafficking and molestation. 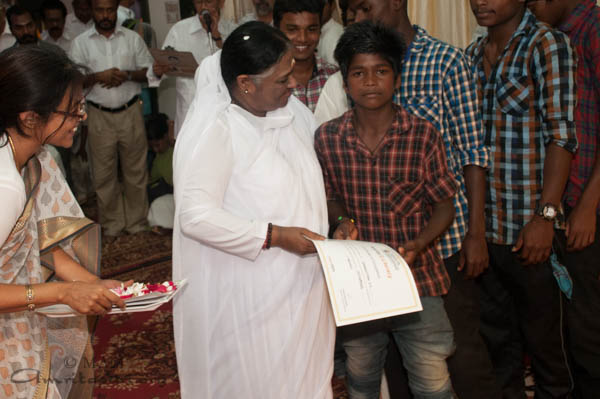