In commemoration of the Silver Jubilee Celebration of the Tribal Welfare Work at Attappadi, a medical camp led by Dr. Ageesh from the Amrita Institute of Medical Sciences (Amrita Hospital) – Kochi, consulted 68 tribal patients and they were given medications. 18 glucose tests were administered and the proper medications were given. All medicines were supplied free of cost.

Eswari Resan held an orientation class for the Tribal Health Animators (who are undergoing training at AIMS). The class, which focused on the tribal health and education problems faced in the hamlets, was given through the tablet education project run by CREATE @Amrita.
Yoga counseling was also administered to 21 tribal youngsters. 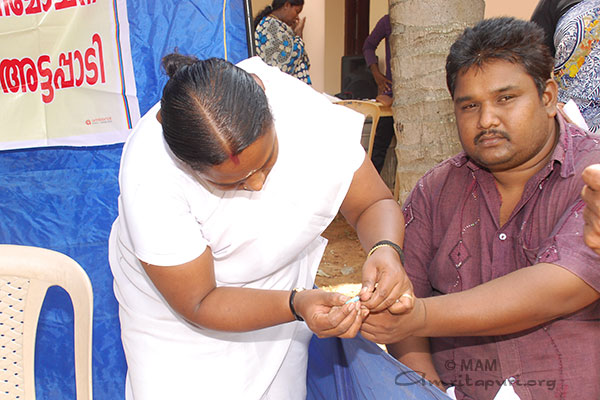 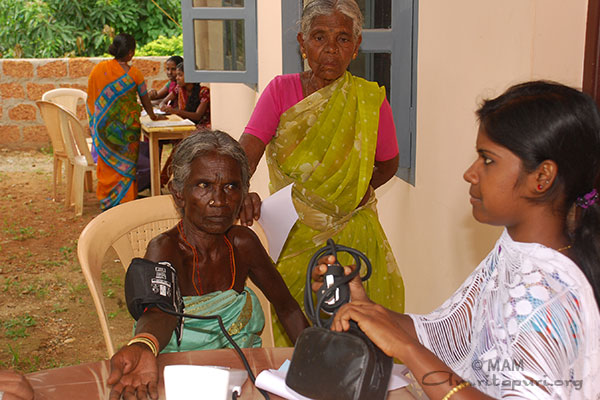