The 10th European AYUDH Youth Initiative, “Awareness in Action,” was an overwhelming success. Nearly 300 youth between the ages of 15 and 30 from nearly 23 countries gathered from 13th – 20th July 2014 at M.A. Center Germany, Brombachtal, to take part in the event. The general theme of the initiative was how to use awareness as a tool to develop better physical and mental health, as well as to improve the health of society and nature. 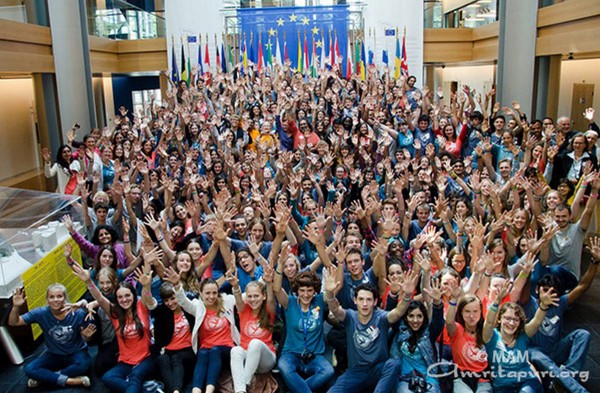 One of the highlights of the week-long program was the visit of Swami Amritaswarupananda, the Vice Chairman of the Mata Amritanandamayi Math, for the Youth Initiative. Swamiji’s talk, question-and-answer session and bhajans, held on July 16 at M.A. Center, was very well received by the youngsters. The other speakers were Br. Shubamrita Chaitanya, Bri. Dipamrita Chaitanya and Mr. Jani Toivola (Member of Parliament from Finland). 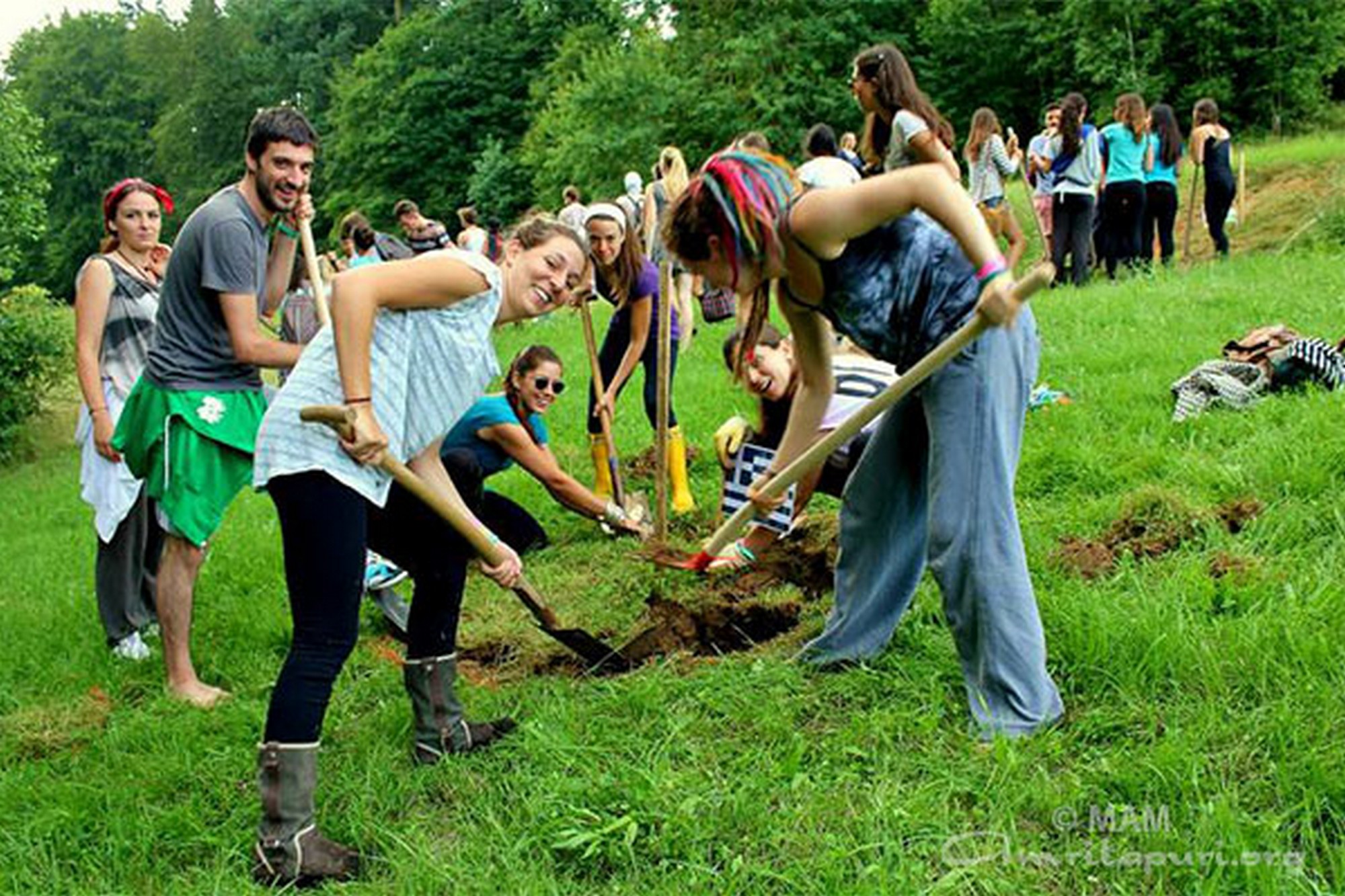 To commemorate the 10th anniversary of AYUDH in Europe, the youth visited the EU Parliament in Strasbourg on September 17th. The conference, titled “Strengthening Europe Through Youth Empowerment,” was a great success. The event highlighted the success of AYUDH in implementing the EU’s youth strategy, specifically through the “Youth in Action” program of the European Commission, which has supported AYUDH since 2007. After the event the youth went to the city center of Strasbourg to do a flash mob, conveying the ideals of AYUDH through song and dance.

Christina Tourin, an internationally renowned harpist and pioneer in harp-therapy, led an exclusive workshop in therapeutic harp. In continuation with the workshop, six youth were enrolled in AYUDH’s HOPE (Harps Of PEace) project. Under this project they will receive a free harp and online lessons for the duration of one year. Together with their local AYUDH groups, they can visit care homes for senior citizens and apply the healing benefits of music to body and spirit. 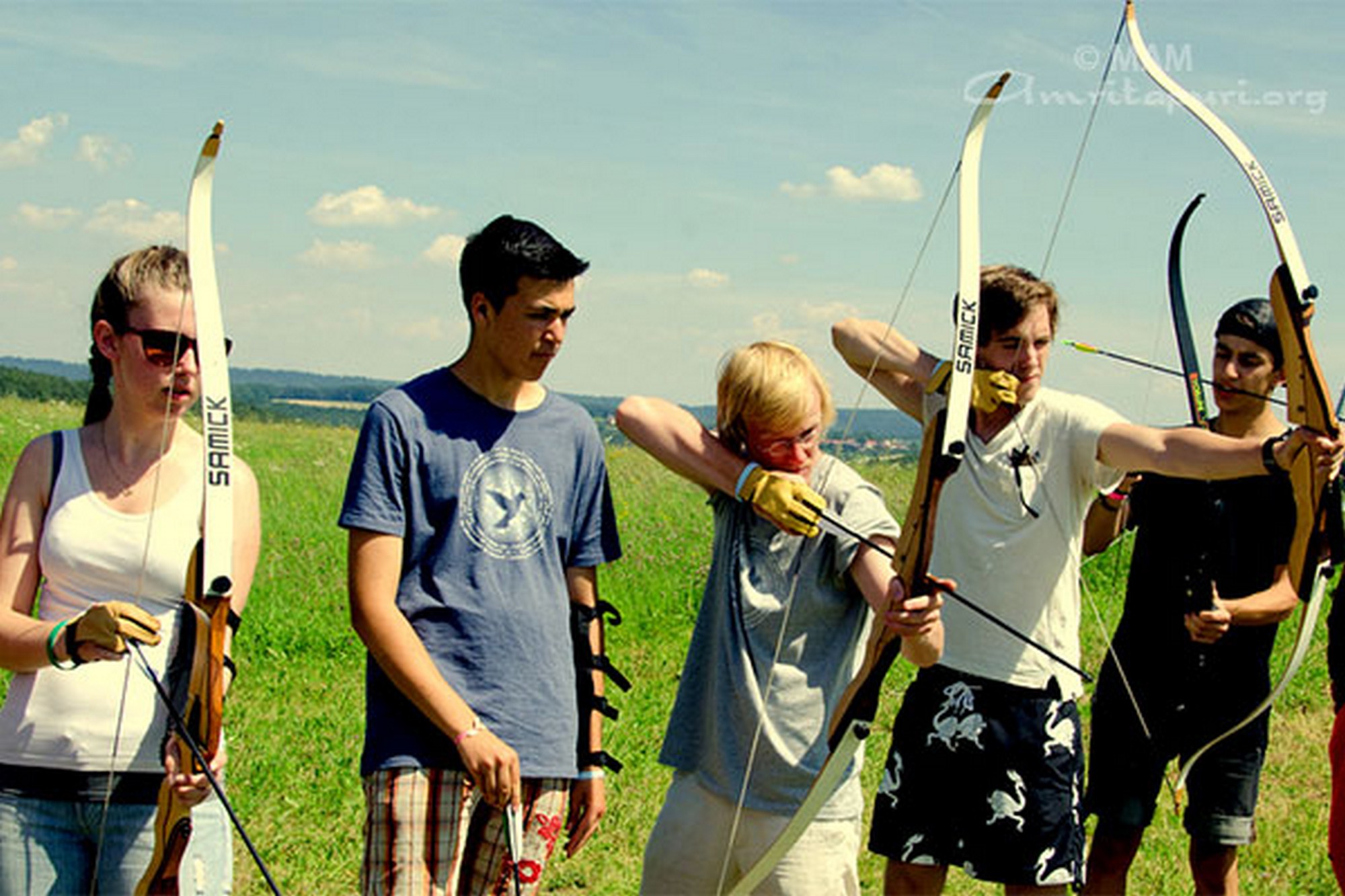 Upon the invitation of the city of Michelstadt, AYUDH went to a new permaculture demonstration site to create six large vegetable beds and plant five walnut trees, representing the five continents. With a lot of joy and enthusiasm the youth also prepared beds for 23 fruit-trees, symbolic for the 23 nationalities present at the summit. Since the current season is not conducive to the planting of fruit trees, they will be planted during Amma’s visit to Germany later this year. Mr. Stefan Kelbert, honorable Mayor of Michelstadt, welcomed the youth and expressed his gratitude and admiration for the successful collaboration between AYUDH and the city of Michelstadt over the past years.

Daily sessions in mediation, bhajans, tai chi and yoga offered the youth an opportunity to deepen their self-awareness and find more inner balance and inspiration. As one of the EU’s 2014 priorities is “sports and healthy lifestyle,” the youth organized a sports tournament including soccer, volleyball, acrobatics, running, dance and archery.
Directed by Jani Toivola, the youth also shot a music video clip to the new AYUDH song “Be the First.” Each workshop group choreographed a scene in the video to display the diversity of activities during the summit. A talent show was organized on July 19th, wherein the youth showed their skills in performing arts. It was a true celebration of the talent, cultural diversity and joy of AYUDH.

On July 20, Mr. Willi Kredel, the Mayor of Brombachtal, attended the summit and handed over certificates of participation to all those present. This AYUDH summit reached a new dimension of intercultural exchange, personal empowerment and project development. 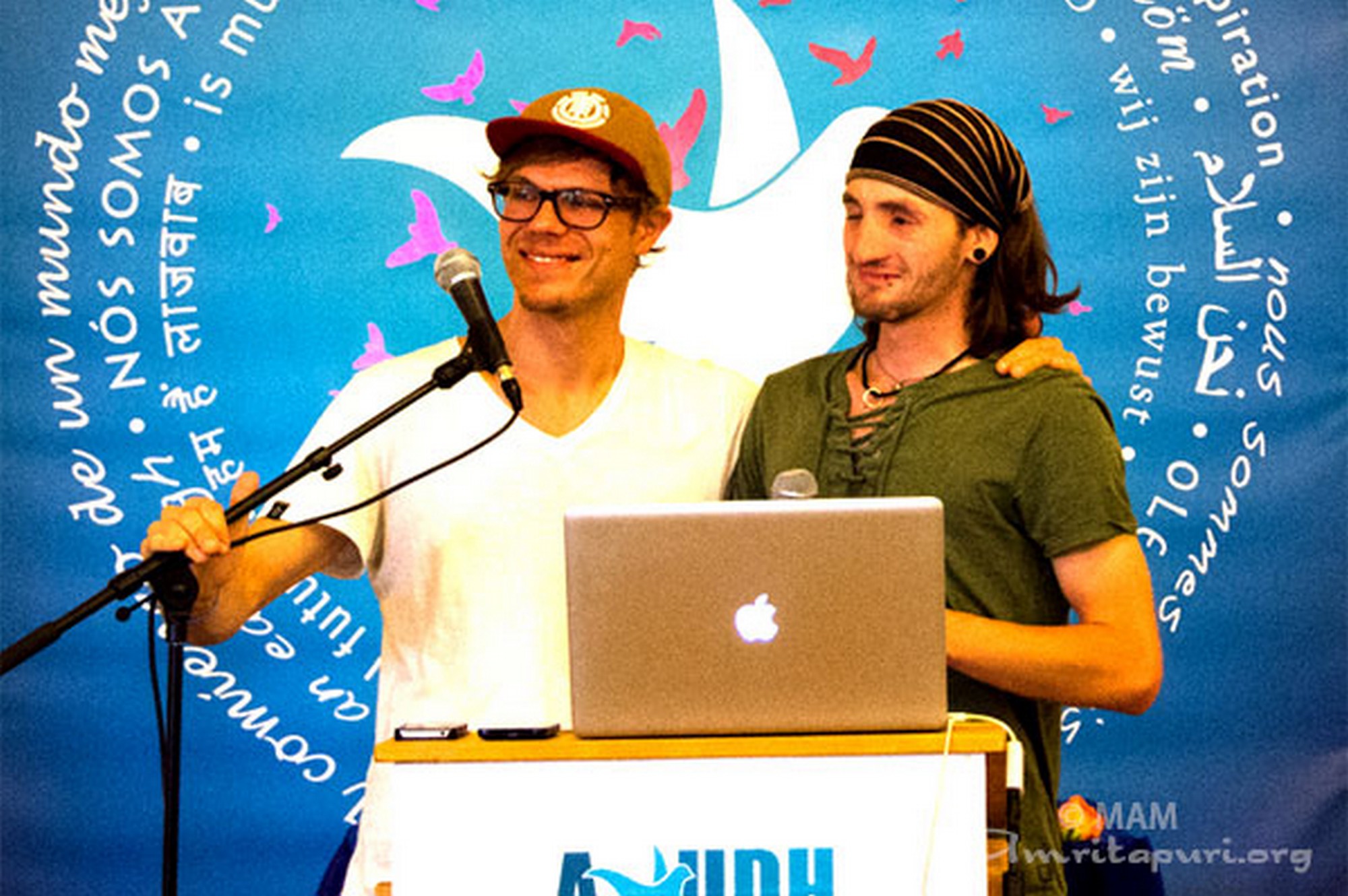 For one year leading up to the summit, AYUDH members across Europe had periodically met to discuss the topics they felt deserved more awareness in European society. They identified 10 categories, which included topics like nutrition, lifestyle, participation in society and ecological sustainability. These topics were explored in detail, with the assistance of professionals from the respective fields. Based on these discussions the youth developed concrete action plans, which will be implemented as follow-up projects in their respective home countries.

For the eighth time, the AYUDH youth initiative has been recognized by the European Union’s “Youth in Action” program. Over the years, AYUDH has been acknowledged as one of the best youth projects in Germany, which inspires a sense of active citizenship, solidarity and tolerance among young Europeans and involves them in shaping the Union’s future.