Addressing the students, Amma said that “Even in failure there is a lesson to learn. Understand it and move forward. In fact, if we can cultivate faith, enthusiasm and patience, we will never really fail in life.” In an hour long session she also answered few questions from the students. {read more from Amma’s talk}.
Swamini Krishnamrita Prana inaugurated the three-day workshop for 10th standard students studying at Amrita Vidyalayams throughout Kerala. Addressing the gathering, she asked the children to understand the value of  Indian culture. “Imitating the West, we are following them blindly, forgetting our values,” she said.

Br. Dhyanamrita Chaitanya gave a presentation on Valmiki Ramayana—its importance and relevance, its influence on art, culture, literature, the puranas and history. 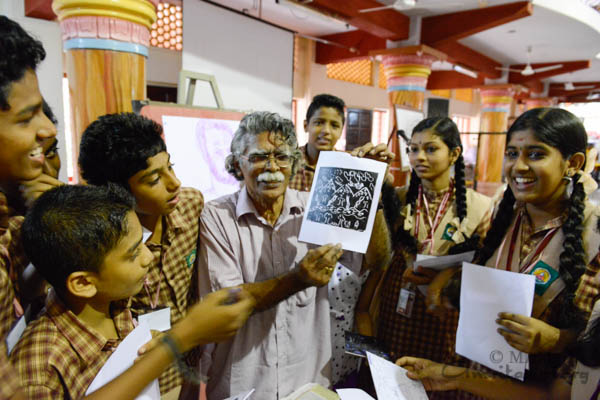 Dr. Somasekharan enlightened the students on the teachings that can be found through the various brotherly relationships in the Ramayana.

E.V. Menon enthralled the students with his oration on the characters of the Ramayana and what they represent.

Vidyasagar spoke about Hanuman, telling the students that everything they needed to be successful in life can be found in the example set by Hanuman.

Br. Sivamrita Chaitanya explained why Ravana—in spite of being a very great scholar, musician and powerful king—was still ultimately a failure in life, due to his lack of guru’s grace.

Dr. Lakshmi Sankar spoke about Sita, telling the students that they should try to imbibe her straightforwardness and adherence to dharma.

Swami Amritaswarupananda Puri explained that Amma—a living personification of love, compassion and selflessness—is proof that such personalities as Rama and Sita existed. 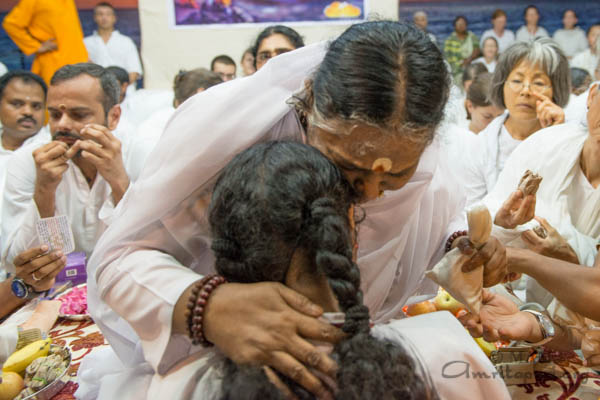 After three days filled with workshops, classes, talks and group activities, the students went home with plenty of food for thought. It is our sincere wish that they will carry the values they discussed and contemplated during the Sadgamaya Summer Camp with them throughout their lives, and that these values will inform their decisions and actions as they grow into adulthood.