15 June 2013, Tabanan, Bali
The Youth Forum is dedicated to the empowerment of youth in Tabanan, a regency of Bali had a program with Swami Purnamritananda. The theme of the event which Swami graced was “Rise Arjuna: Awake, Arise and Seize the Future”. 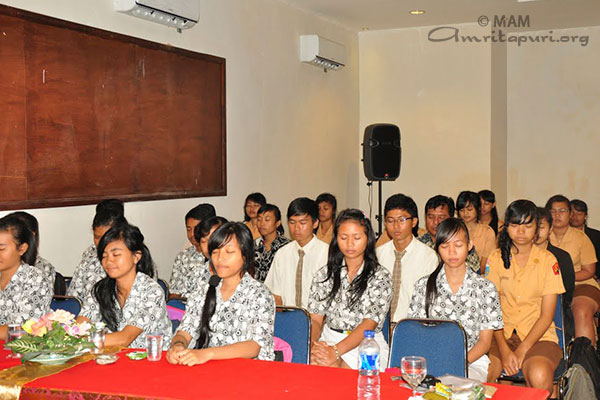 Surpi, who organized the event, said in her opening speech that the youth worried about their future and wanted guidance and inspiration. Surpi described Amma as “Active Spirituality”, spirituality that does valuable work. She told the youth how lucky they were to have Swamiji, Amma’s disciple, amidst them, to share his valuable thoughts of Amma’s teachings with them.