After the final program ended in Los Angeles at 11am, Amma and the tour group travelled the 1300km by road across the deserts of the Southwest to Albuquerque, New Mexico. Despite the long journey, Amma still took the time to stop with the tour group in a park for a picnic dinner along they way. The intense desert sun slowly set as Amma sat with everyone under the shade of a tree, giving satsang, singing bhajans and serving everyone a prasad dinner. When it was time for the journey to continue, as Amma stood up and walked back to her vehicle she looked up and noticed the first stars shining in the dusk of the clear desert night sky. She couldn’t resist the beautiful scene and stopped before entering her vehicle and raised her arms skyward and sang Shristiyum Niye. It was a truly beautiful scene with creator and creation. 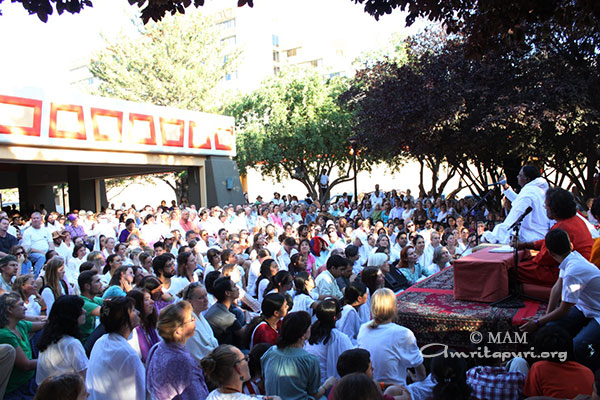 The tour group finally arrived very early in the morning to New Mexico after the long journey, just in time for Amma’s first program. The dry desert heat followed Amma to Albuquerque as temperatures during the programs soared, but as has become a tradition, whenever Amma comes to New Mexico, she also bring the rain. The first day upon Amma arriving a sudden thunderstorm brought much needed rain to the parched area. 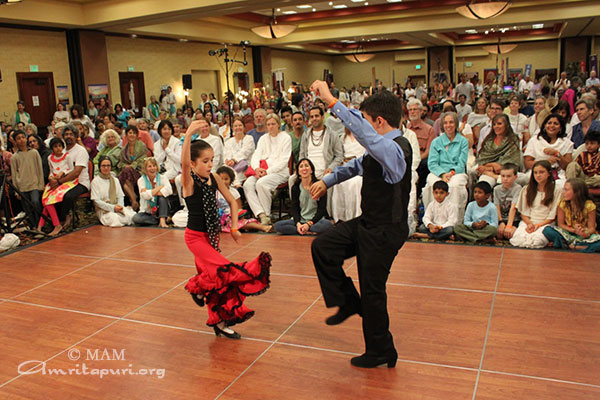 Over the next 5 days Amma held 2 days of public programs and a 3 day retreat. Each day Amma led bhajans, gave satsang and embraced all that came for her darshan. Not once, not twice, but three different times at the end an evening program Amma surprised everyone by spontaneously singing and dancing to the delight of all those that stayed up into the early morning. 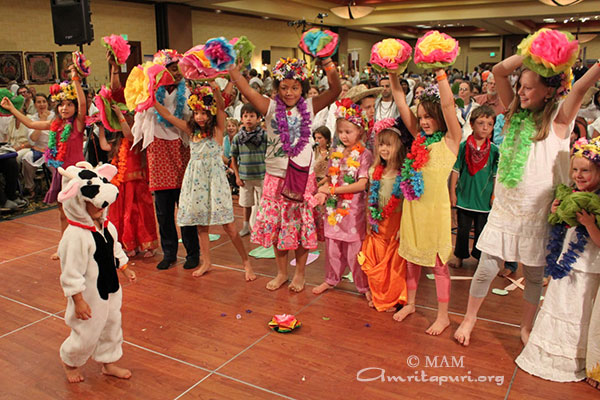 During the second night of the retreat local children performed several dances and musical dramas for Amma during darshan.

The final evening program stretched into the next morning. By the time Amma finally left the stage the desert sun was shining brightly and the tour caravan left for Dallas, Texas.