Swami Purnamritananda participated in the  World Hindu Summit of 2013 in Bali, Indonesia. The agenda of the  World Hindu Summit of 2013 is to establish the World Hindu Parisad or Assembly, developing its constitution, structure, office bearers, etc. The highlight of the opening ceremony was a very grand performance put up by the Balinese, representing the story of how spiritual harmony amongst the various religions was achieved in Bali by the power of Trimurti. 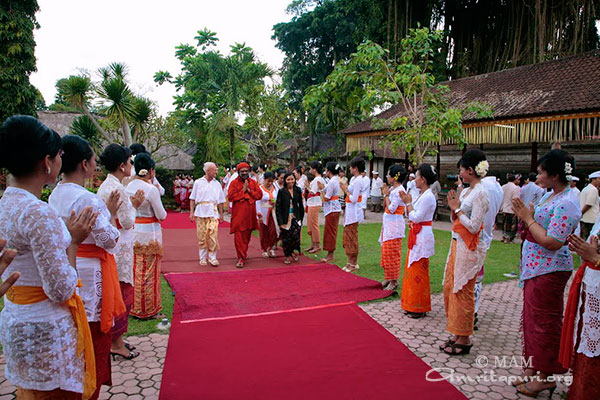 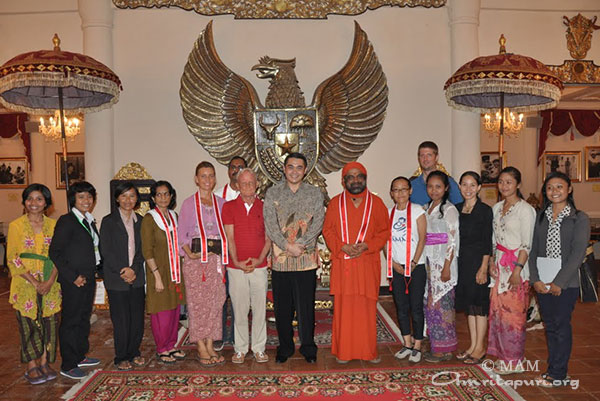