The final stop of Amma’s 2012 European Yatra was in Dublin, Ireland. Knowing it was their last chance to see Amma until next year, people flew in from all over Europe for the weekend. 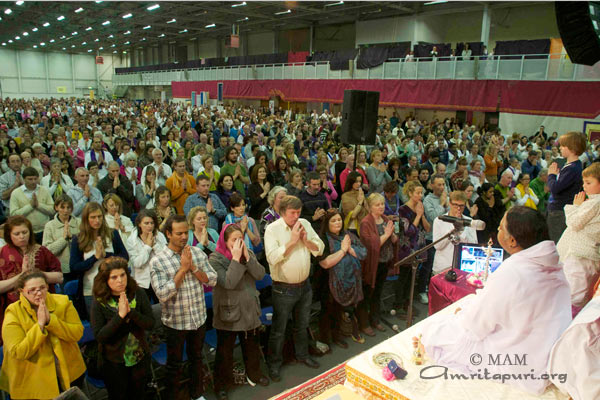 Amma was officially welcomed to Ireland by the Mayor of Fingal Dublin, Cian O’Callaghan. The Mayor also officially launched the InDeed program in Ireland.
Everyone that came to the programs was treated to the usual irish smiles and hospitality. Over the two days many groups of irish devotees came to perform both traditional Irish ‘stepdance’ and irish folk music to the delight of everyone present.

After the last program in Dublin, Amma flew to the US to continue her tour in Michigan.