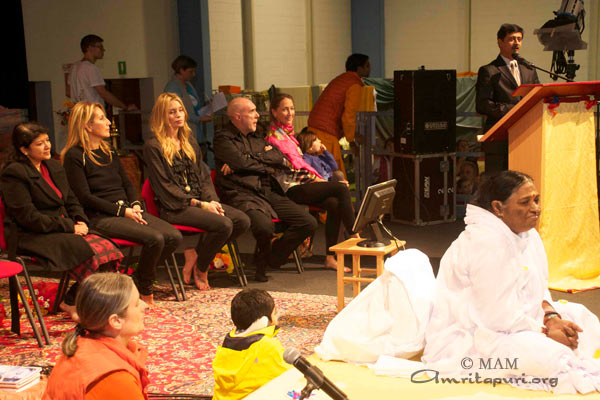 The large crowds showed their typical Italian enthusiasm and appreciation for Amma as they were constantly cheering and applauding each time Amma arrived or left the hall or sang a bhajan.

From Italy Amma travelled on to Dublin, Ireland for the final stop of the European Yatra 2012.