Amma returned back to the european continent after her visit to the UK and continued her tour in Houten, Holland.

Amma was officially welcomed to Holland by The Deputy Mayor of the city of Houten, Nicole Teeuwen, as well as Kirty Matabadal, the UN Ambassador for Youth from Holland. 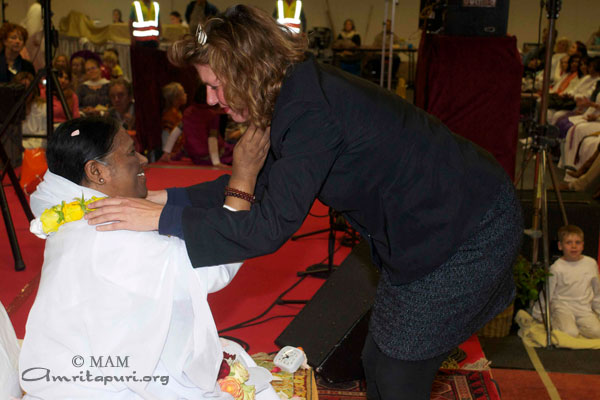 “When I saw who Amma was and all her projects over the whole world, I did not doubt for a second and said yes to welcoming Amma here. I was not only impressed by the projects but also the way she inspires people. Here too, I see this huge gathering of people I am truly very proud. So Amma very very welcome, and may you reach many people here, thank you.”

A puja for world peace was held at the end of the 3 days of programs. Then Amma traveled on to the south of France for the next stop on the tour in Toulon.