Inspired by Amma’s ABC activities in India, children of the “Swiss Bala Kendra” started a waste collection in the area. This year’s motto of the children’s group has been “Humans and Nature in Harmony”. The drive was intended to put words into deeds.

The children and their parents went to collect the dispersed and sometimes well-hidden waste on paths, in the reeds, at the bank of the river Rhine and in the forest. They mostly found aluminium and plastic cans and bottles. The children were surprised by the huge amount of garbage they collected in a very short time. 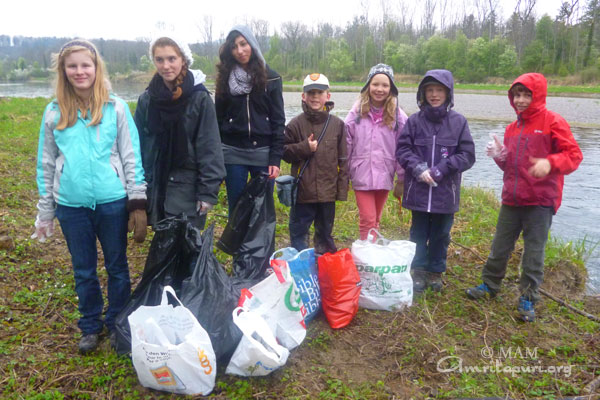 The local forest ranger was very excited, as he had never seen anybody doing a similar initiative in his 20 years of service in the area. Even the local newspaper wrote an article on this.

Earlier in February the children had a similar drive. For June, another clean-up drive is planned.