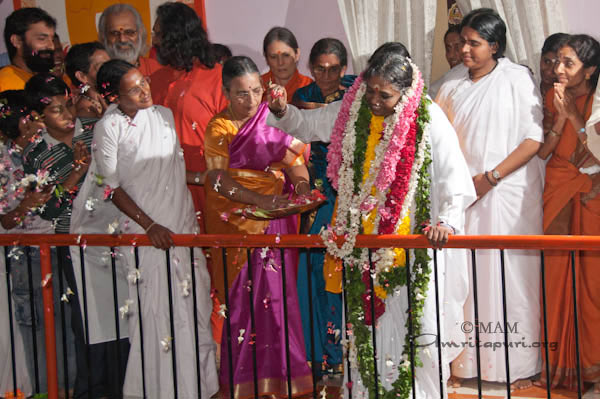 On the first morning of the program, before Amma began her bhajans she asked everyone to pray for the souls of the deceased and their grieving loved ones they left behind in the tragedy that took place the previous night at the famous Kerala pilgrimage center of Sabarimala were more than 100 people perished in a terrible stampede.

Being the capital of Kerala, several state officials and ministers were in attendance for the program and came for Amma’s darshan. 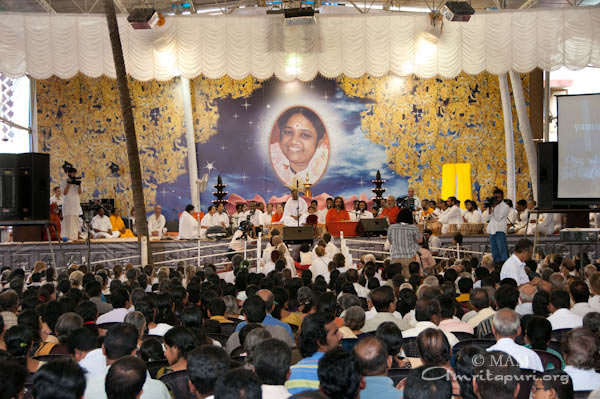 After two days of her programs, Amma travelled with the ashram caravan of 10 buses to Tutucorin. On the way Amma stopped at the Panagudi ashram plantation. Amma sat with everyone for meditation, dinner and bhajans more than 1km off the road in the middle of the forest. Beneath an almost full moon, Amma spent more than 4 hours with the tour group enjoying the beauty and serenity of the forrest and stillness of the night. 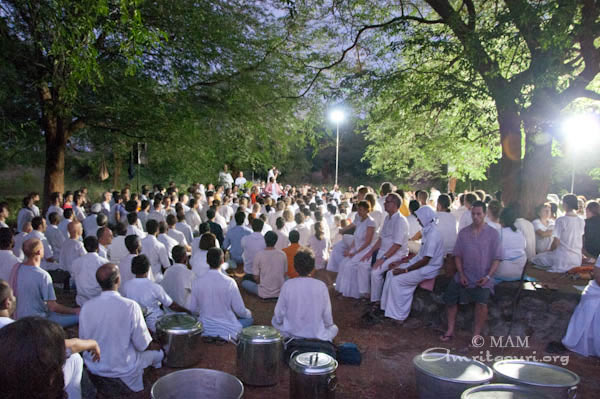