For more than 20 years, Amma has been visiting Munich, the capital city of Bavaria, and the third largest city in Germany. Its native name, München, is derived from the Old High German ‘Munichen,’ meaning ‘By the monks’ place.’ 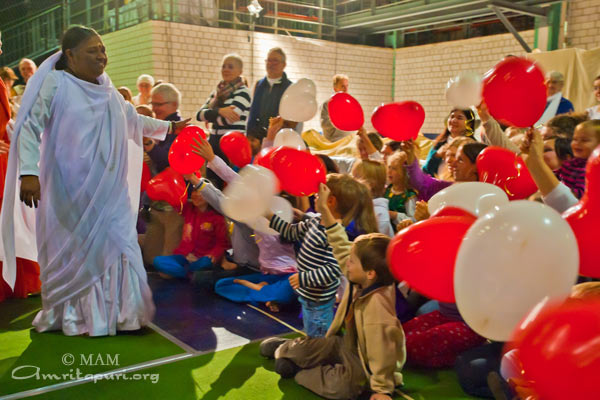 Long before the program started, devotees from all over Germany gathered outside the hall, eagerly awaiting Amma’s arrival. Their reception of Amma was heartfelt and enthusiastic.

The devotees presented traditional music performances throughout the three days of programs.