You are here: Home / Ecology 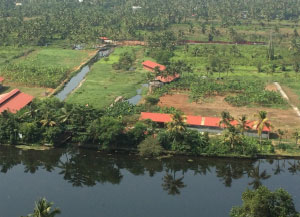 A group of researchers from Amrita University conducted a research study for five years on the island near Amrita hospital, which was used as a landfill and dumpsite for several years, causing the soil to become completely contaminated with heavy metals from both the dumped waste and from the polluted Backwaters. The land was a dead zone with a striking absence of ants, insects, worms, and birds. 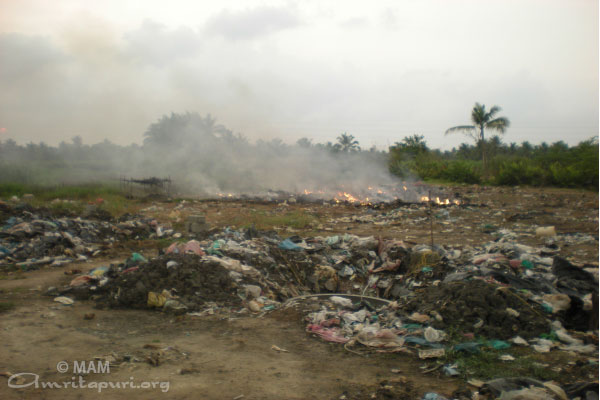 First removing the waste and then segregating it transformed this dumpsite. When the ground was cleared, a layer of thermal compost obtained from the first six months was spread on the contaminated soil. The size of the area covered in compost was approximately one acre and the compost was spread at a depth of 18 – 24 inches. Clean soil was then brought in and layered over the compost. After the cleanup phase, vermin-compost was added and planting began. Specific plants, such as vetiver grass (Chrysopogon zizanioides), were cultivated to induce phytoremediation of the soil. 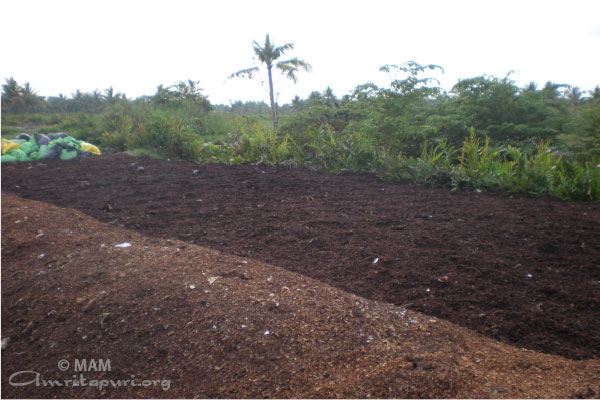 Soon after applying the compost, the area, which had been bare of any vegetation, began attracting plant growth. By July 2011, almost one and a half years after the restoration efforts had started, the entire former dumpsite was covered by vegetation. Birds, insects, and other wildlife returned to the area. Gradually, the microbial life in the soil increased.

After the remediation activities had begun, every year’s soil samples indicated that heavy metal concentrations at the former dumpsite are reducing drastically. In January 2015, plant tissue samples only two metals were detectable (Copper and Lead), but within permissible limits. 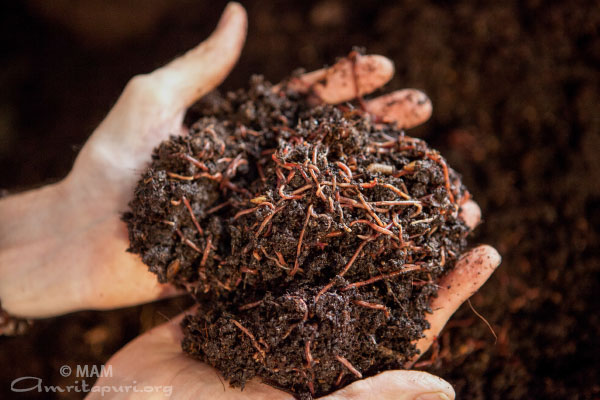 This study concluded that it is possible to remediate the contaminated site with eco-friendly methods over a period of five years, to such an extent that it would be possible to grow healthy food on the site. It is possible to restore eco-system and the microbiology of the soil. The bioremediation methods consisted of a combination of phytoremediation, enhanced microbial activity, and vermicomposting.

Now, vegetables are being deliberately planted on the site to provide healthy food grown without chemicals for the hospital’s cancer patients.

The Amrita Hospital received a certificate of merit for substantial and sustained efforts in pollution control and for launching new initiatives for environment protection in 2014 by the Kerala State Pollution Control Board.

The information presented in this study is not only globally groundbreaking, but also essential if we are to restore polluted ecosystems and grow the healthy food that the world so desperately needs. 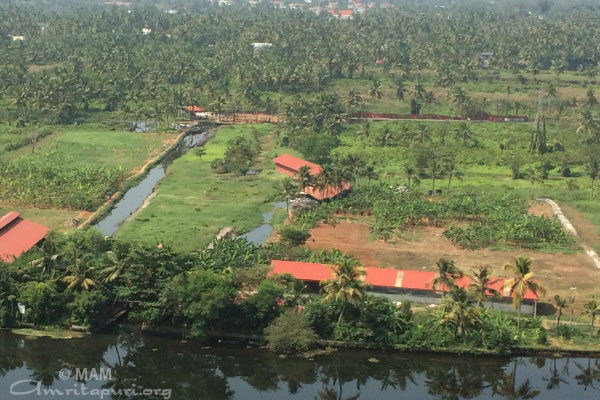 The contamination of water and soil with heavy metals through human activity is a growing concern, especially in  lower-middle-income countries. Studies in India examining the heavy metal concentrations of surface water bodies in proximity to industrial areas show alarming and hazardous levels of heavy metals. Heavy metals have been associated with gastrointestinal disorders, diarrhea, stomatitis, tremor, hemoglobinuria causing a rust-red color to stool, ataxia, paralysis, vomiting and convulsion, depression, and pneumonia. Cultivation of crops for human and animal consumption on contaminated soil can potentially lead to the uptake and accumulation of heavy metals in the edible plant parts. Dietary intake of heavy metals through contaminated grains and vegetables poses a risk to human and animal health.

The myth of Babel took its roots in a dream: the common dream that men could contribute to something higher than themselves, their shared efforts could lead them to realms other than the usual ones. But in the myth, the attempt was solely based on man’s might, and it hence cut itself from divine grace. Men ceased to understand one another, suddenly facing the limits of their human condition. The endeavor failed. 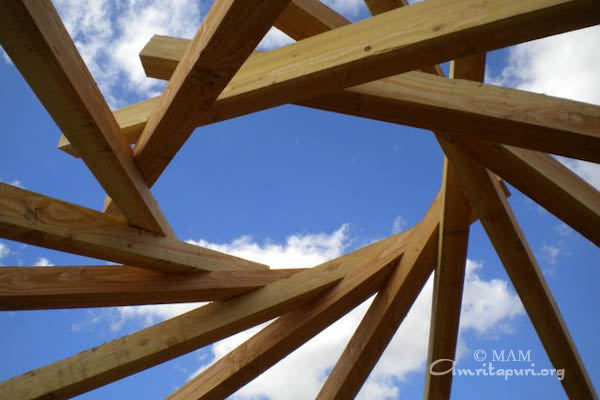 BABEL is a youth initiative from GreenFriends of France. It proposed a path for reconnecting to Nature to youngsters using concrete projects. The main one was a bee sanctuary : a fully-ecology small temple with bees living inside the walls. From inside, one can see, hear and smell them in security through glasses and nests and meditate with them.

With the blessing of Amma when the BABEL project started in the French Ashram last year, it was grounded on a relationship of understanding of the deep meaning of things, trying to transcend the myth’s shortcomings. Bringing together youths from all walks of life, the BABEL project intended to initiate a shared enquiry of our relationship to Nature and life. It mingled different approaches, providing participants with philosophical discussions, artistic sessions and practical workshops.

BABEL – Bois, Abeilles et Biodiversité pour une Ecologie Local, (in English: wood, bees and biodiversity for a local ecology) is a project managed by youngsters of the GreenFriends organization in France. It also refers to the myth of the BABEL tower which teaches us that both effort and Grace are needed for a project to succeed. 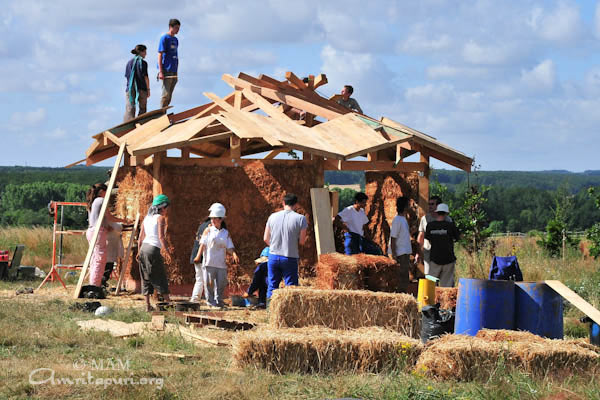 The project is implemented in two ways:

1) Applying the Rameal Chipped Wood method, an ecological technique that restores damaged soils by a natural process like in forests. It is an example of ecosystem management through the life of micro-fauna and flora of the soil.

2) The building of a bee house, a mud and straw eco-house with an eco-green roof and walls inhabited by bee swarms. From inside the house one will be able to experience the presence of bees: to smell, see and hear them with the help of a glass system with micro-infiltration. It will be quite an original therapeutic place to connect with bees and more generally with nature. Another benefit is that the bees will keep the bee house at a comfortable temperature. They need to do this so that their young survive and the house will be warm in winter, cool in summer.

The BABEL project is supported by the ‘Youth in Action Program’ of the European Union.