20 Jan, Covai, Bharata Yatra 2008
Amma’s Bharata yatra 2008 began with the 7th annual Brahmasthanam festival in Coimbatore. These two days of programs came to a close, at 7 a.m. on Friday the 20th. On both nights of the festival, the Tamil people expressed their devotion through their native song and dance. This form of dancing is particular to Baduga community of the Ooti region of Tamil Nadu. During the darshan, Amma would signal for them to start, and not long after some mics were brought and the space cleared, a big dance circle would start moving. The dancing would not stop until the very end of darshan, lasting four hours on the final day. At the end of darshan on the first day, Amma finished darshan at four in the morning, but the dancing was still going strong. Amma said to them, ‘Ok, you can dance tomorrow!’ 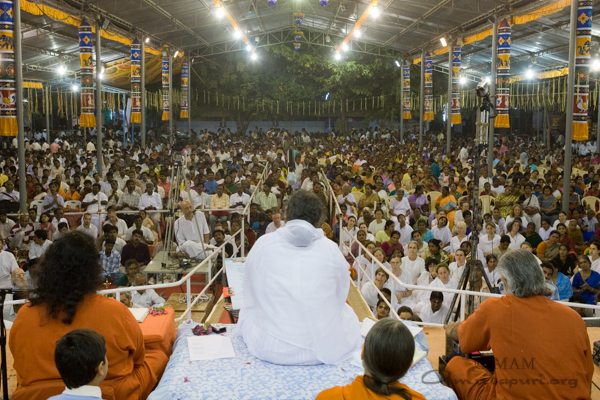 The weather during the programs was unique, in that the days were severely hot, and the nights severely cold. At nighttime, the devotees could be seen with their hats, jackets, and scarfs. Meals were cooked and distributed for free to over 20,000 people, three times a day. 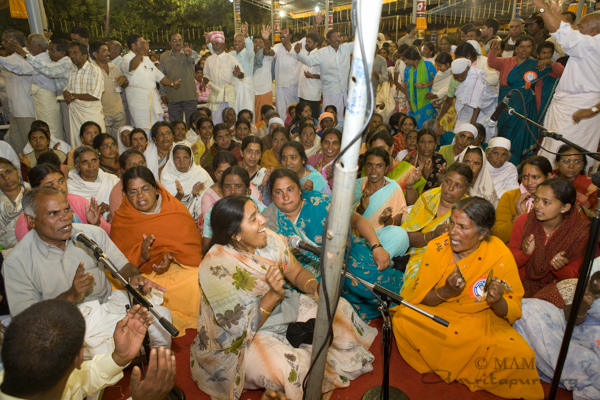 On the second day of programs, pujas were held. The Sani puja was led by Amma herself. In Amma’s satsangs, she spoke about the need for patience in family relationships, about how to confront and overcome periods of suffering, and about the need to cultivate humility. There were also cultural programs by the students of Amrita Vidyalayam.