Swami Ramakrishnananda and Br. Shantamrita held a series of programmes in Manila, Philippines, from September 8-12. The programmes consisted of talks, meditation, and bhajans. Over 100 people attended in Makati, a suburb of Manila, many of whom had never met Amma before. 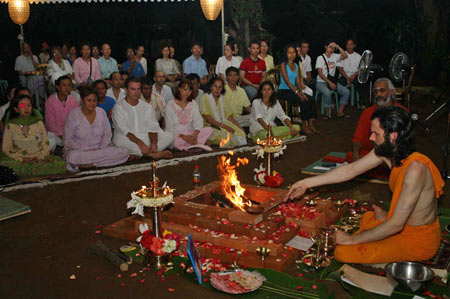