In order to help search for a global solution to the burgeoning crisis of online sexual abuse of children, Amma participated in the Interfaith Alliance for Safer Communities’ first forum, “Child Dignity in the Digital World,” at the invitation of the Government of the United Arab Emirates. The forum took place in Abu Dhabi under the patronage of His Highness Sheikh Mohammad Bin Zayed Al Nahyan, the Crown Prince of Abu Dhabi and Deputy Supreme Commander of the UAE Armed Forces, with its Executive Committee headed by His Highness Sheikh Saif Bin Zayed Al Nahyan, Deputy Prime Minister and Minister of the Interior of the United Arab Emirates.

At the forum, Amma delivered the opening address as part of a Call to Action by Faith Leaders, and participated in the Faith Leaders Summit, held at the landmark memorial monument Wahat Al Karama, wherein she and five senior faith leaders pledged their support for the Abu Dhabi Interfaith Declaration for Child Protection.

Amma was also invited by His Highness Sheikh Saif Bin Zayed Al Nahyan to a dinner with the royal family at Louvre Abu Dhabi.

The problem is real and growing — children and adolescents comprise a quarter of the more than 3.2 billion Internet users worldwide, and these 800 million young users are increasingly in danger of falling victim to sexual abuse, predation, exploitation and harassment. According to a 2015 study by Microsoft, 720,000 images of child sexual abuse are uploaded to the internet every single day.

But Amma’s address was based on her personal experience of having spoken directly with tens of thousands of victims of sexual exploitation and abuse all over the world during the past 30 years.

“The human mind is a mystery—a puzzle—where truth and untruth, gods and demons, good and bad are all mixed together,” Amma said. “One of the most deplorable, repulsive and dangerous afflictions in the human mind is the drive to sexually abuse and exploit another human being.”

Amma focused on the need for parents to be both vigilant about their children’s online and offline lives and to foster loving relationships with their children through which their sons and daughters can feel secure enough to have open-hearted communication with them about their troubles.

Amma also stressed the importance of parents inculcating spiritual values in their children in order to help them grow into healthy adults that have the self-control and compassion to always treat others with love and respect.

“If our laws and their enforcement were effective, then why is sexual exploitation continuing to increase at an alarming rate? Even though the United Nations, governments and social welfare organizations are all working against this, why don’t we see an improvement? Knowingly or unknowingly, a key factor is being overlooked—spiritual values. Spiritual values are needed to develop a culture of the heart. A home should provide an environment that instils this culture right from childhood.”

Amma also spoke about the pros and cons of the Internet, social media and smartphones, explaining that, as with any new technology, tremendous care must taken with their use — something that Amma said currently is not being done.

“There is no doubt that modern technology is a blessing to humanity. But, we also need to recognize that many hide their true face behind a mask created on social media, using a false identity intended to exploit others. In the past, people feared ghosts and evil spirits. Today, a much bigger problem has taken its place. People fear those living under the same roof–their spouse, siblings, family and friends. They wonder, ‘Are there hidden cameras in my house, or even in my bathroom?’ Now, even our own family members may not hesitate to sell our naked photographs on social media, making us victims of pornography.

“Digital technology and social media are powerful. We need to be extremely attentive and exercise restraint when using them. Otherwise, these blessings can become a cause of destruction. Especially, when we buy phones and tablets for children, strict parental supervision is a necessity. Parents should block certain websites.”

Following Amma’s address, many spoke. The Forum was the first in what is planned to be a series aimed at encouraging a global, faith-based dialogue regarding the challenges that impact the safety and security of the world’s communities.

The Interfaith Alliance Forum was held in collaboration with a number of international organizations with expertise and global influence on interfaith and child protection, including Pontificia Universita, UNICEF, We Protect Global Alliance, Child Dignity in the Digital World, Arigatou International, Religions for Peace and End Violence Against Children. 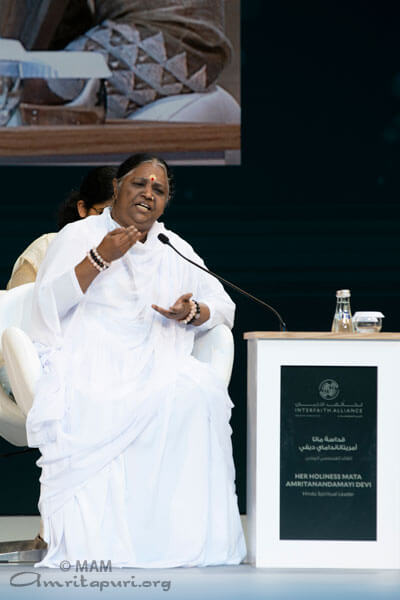 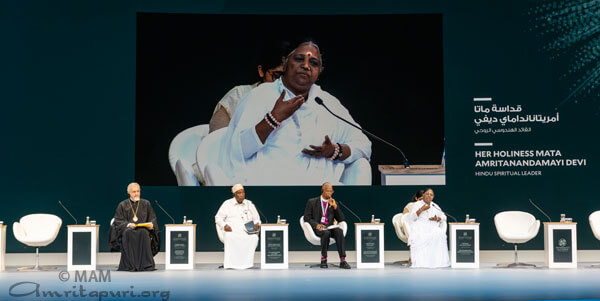 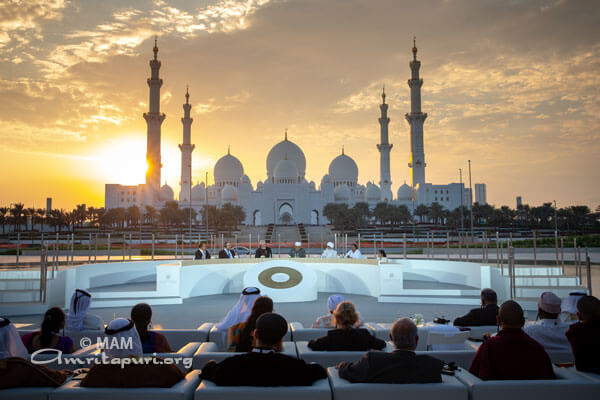 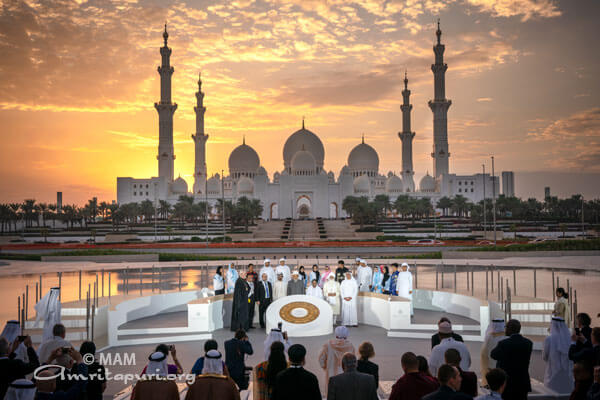 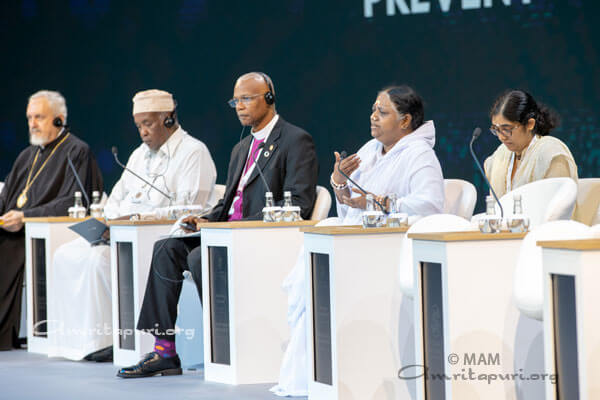 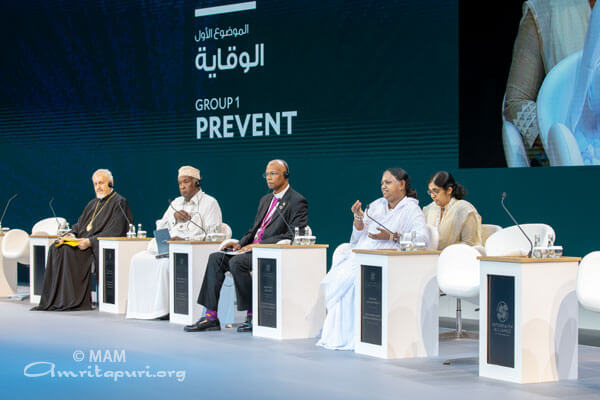 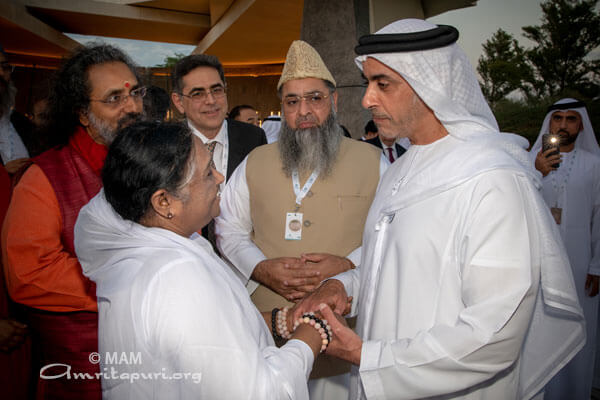 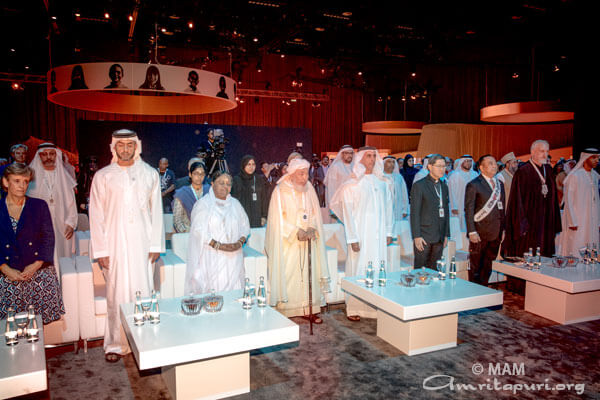