Amma graced Los Angeles with three days of programs as part of her 31st year of visiting the United States. Amma was welcomed to Los Angeles by State Senator Ben Allen, represented by District Representative Olina Wibroe, who presented Amma with a Certificate of Recognition signed by the Senator. The statement read, “In recognition of your leadership and positive impact on communities around the world and in the State of California, your commitment and dedication to serving others is sincerely appreciated.” 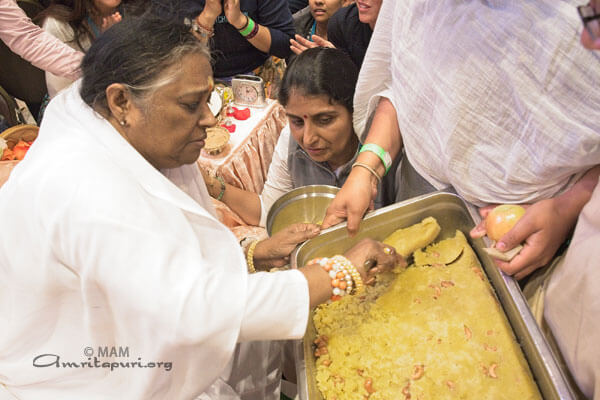 Also among those present to welcome Amma to L.A. was the Mayor of Redondo Beach, Bill Brand. Redondo Beach is the town in Los Angeles County that is home to Amma’s Southern California Center. Mayor Brand expressed his gratefulness to Amma, not only for her three annual days in L.A., but also for the impact Embracing the World has had on his community.

“How pleasantly surprised we were to learn that the historic Eagle’s Lodge — which many were concerned would be sold to a developer and torn down to make room for more condos — was instead restored by Amma, and its rich history was to be preserved.” 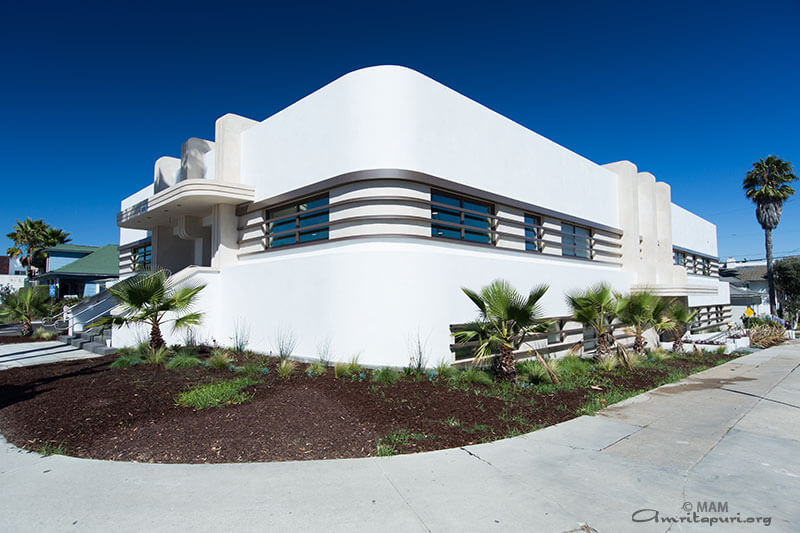 The mayor noted that Embracing the World did such a great job restoring the historic and iconic South Bay building that the organization won the California Governor’s Award for the restoration job.

Mayor Brand then joked that right across the street from the M.A. Center, is a home for senior citizens. While they were happy about the renovation of the Eagle Lodge, they also wanted to know “Who is this Amma?” He then said that once the seniors learned who Amma is and what she is all about, they came to feel very lucky to have the M.A. Center right across the street. “If you talk to seniors today — and myself — the M.A. Center has become so much more for us than a restored historic building,” he said. “Amma’s message of community service, being in harmony with nature, and showing compassion for your fellow people has helped to transform us.”

They mayor added that many of the seniors even participate in the programs and volunteer opportunities provided by the center. “They’re very grateful to you, Amma, and for the new M.A. Center in Redondo,” he said.

Amma’s mark on Los Angeles is exemplified by the small grassroots changes seen in Redondo Beach — a small center bringing joy and hope to the local residents, engaging people in selfless service, and ushering in a newfound light of compassion to those in need. 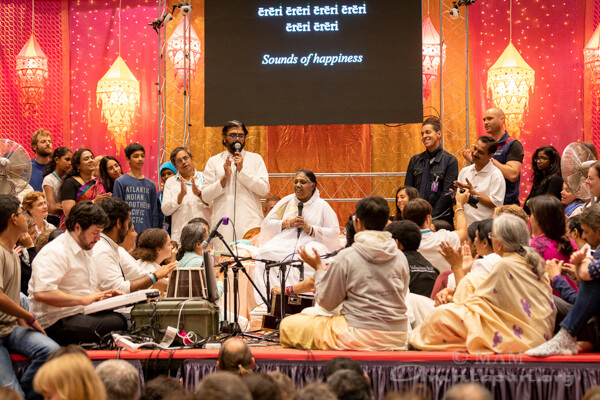 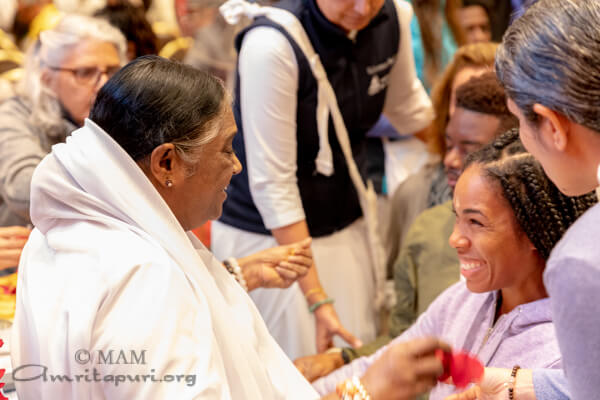 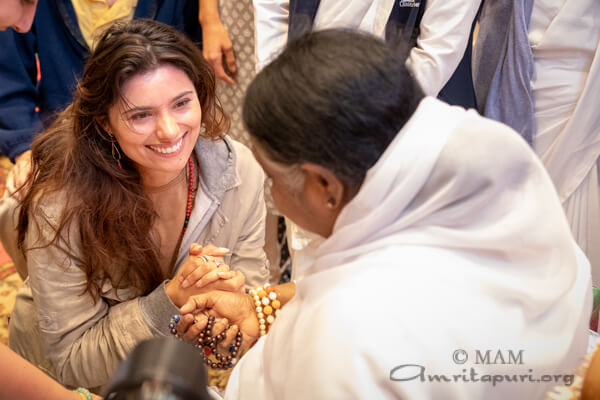 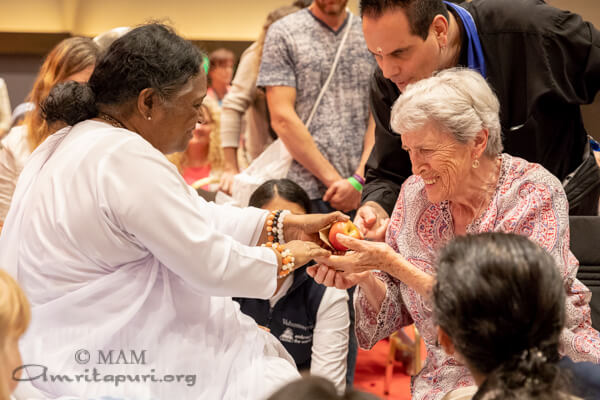 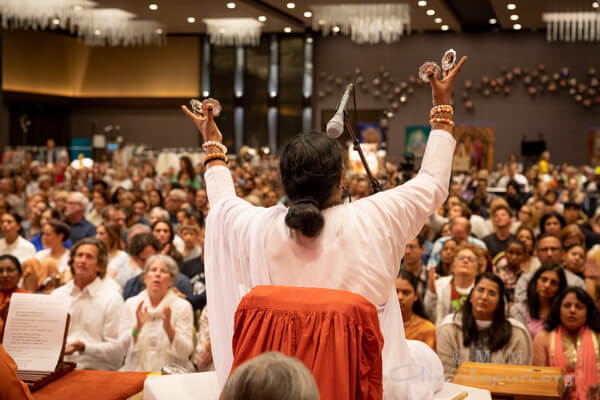 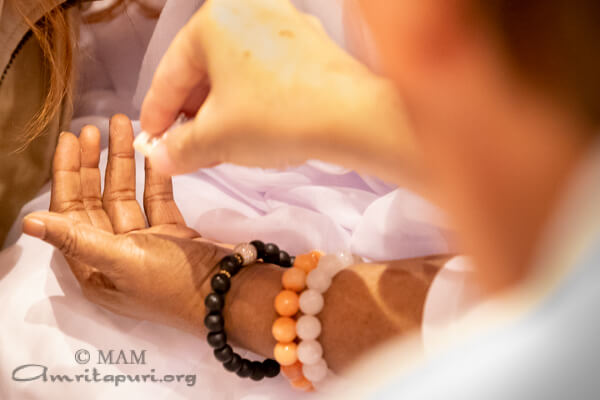 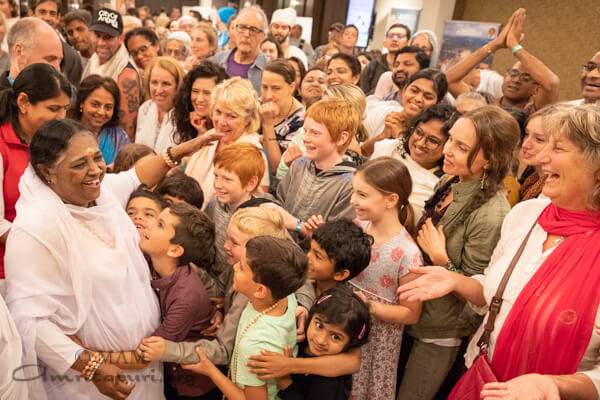 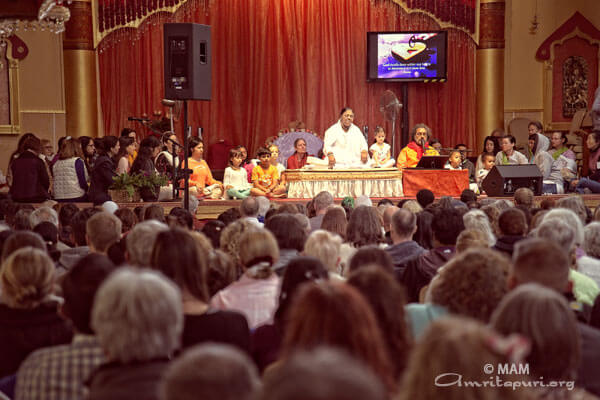 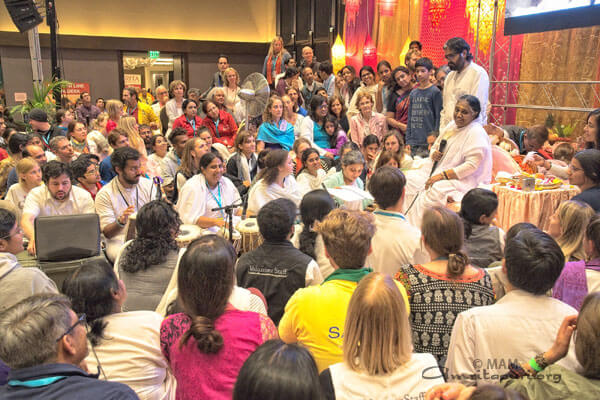