30 years ago, on March 5th, 1988 at 6:45AM, Amma arrived by train in Delhi for the first time. Back then, Amma had 20 programs spread across the city in various locations.

March 13th was particularly unique day, she spent half a day at the BSF camp in Delhi where 1000 Jawan officers of the parliamentary forces received her blessings.

This year, 30 years since that first arrival in Delhi, Amma visited the city for a total of six days, two of which were for the Delhi Brahmasthanam Festival. 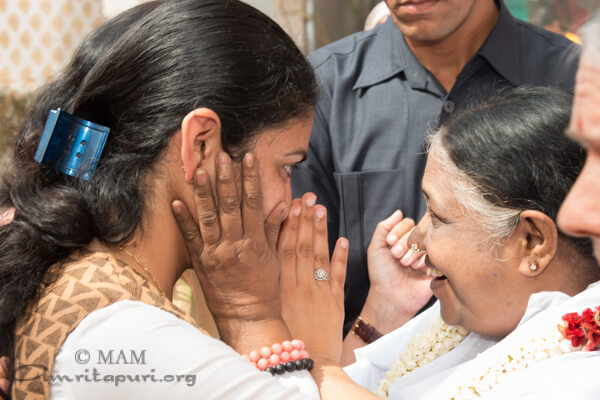 During the festival, Amma delivered a satsang, sang a set of bhajans, and lead all in a manasa puja, instructing the crowd in Hindi.

Priyanka Singh Rawat, MP, was present to welcome Amma with words of kindness, “Amma’s presence and love gives all of us so much of solace and strength.” Priyanka also asked Amma for her support and blessings, requesting that she bless all the initiatives that the government has taken on to strengthen the country, empower women, and create a peaceful, harmonious society.

Narendra Singh Tomar, Minister of Panchayat Raj, Rural Development and Mines, was also there to dedicate the Jivamritam Project to the people of the Village Nagli Chandi, in the Mathura District. He handed the Project Certificate for the first unit to Ishwar Dayal, GramPradhan of the village.

Self-Help Groups were also launched in the States of Haryana, Rajsathan, Uttarakhand, and Uttarpradesh, in an effort to make women in the villages more self-reliant. Working capital grants were also given to them as part of an initiative to aid them in developing economic independence. 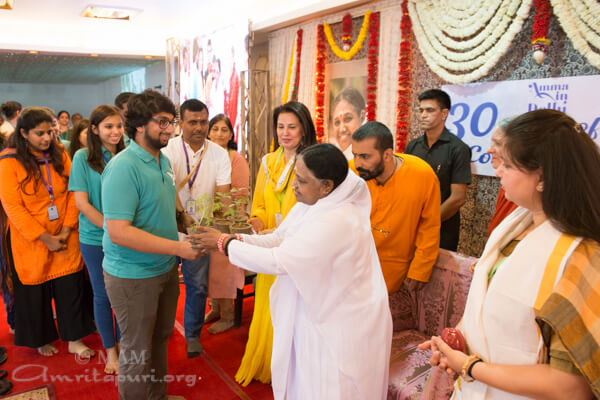 Amma distributed saplings and seeds to AYUDH members, encouraging them to work in organic gardens. The AYUDH Delhi wing is currently working to promote and advocating the cause of environment protection, greening Delhi by adopting the Delhi Development Authority (DDA) parks, planting trees there, and working to maintain them.

Addressing the gathering of devotees, Amma pointed out that as long as we are unable to bring our mind under our control, sorrow will continue to hunt us down. However, once the mind comes under our control, no problem or tragedy can devastate or paralyze us. Each action, thought, and emotion has its own vibration, Amma said. Love, lust, hate, fear, compassion all are different vibrations that have the capability to affect the world around us.

Being the capital city, many officials came to receive Amma’s darshan. Amma was also invited to Vice President of India, M Venkaiah Naidu’s house where she met with many of the Delhi dignitaries. “Sri Mata Amritanandamayi Devi is a great inspiration for people who want to do something for society.” M Venkaiah Naidu said of Amma during the meeting. {news }

With all the festivities and meetings of Delhi concluded, the second leg of the 2018 Bharata Yatra came to an end, but Amma’s travels would not end there. Amma departed Delhi for her Malaysia and Singapore program, where devotees patiently awaited her arrival. 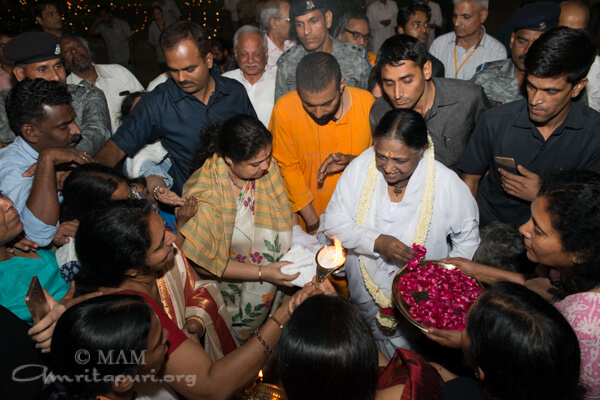 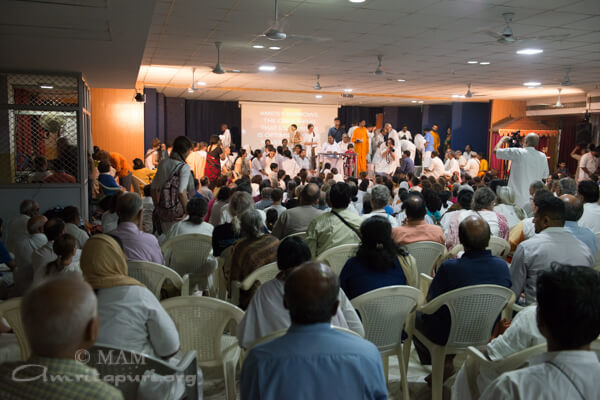 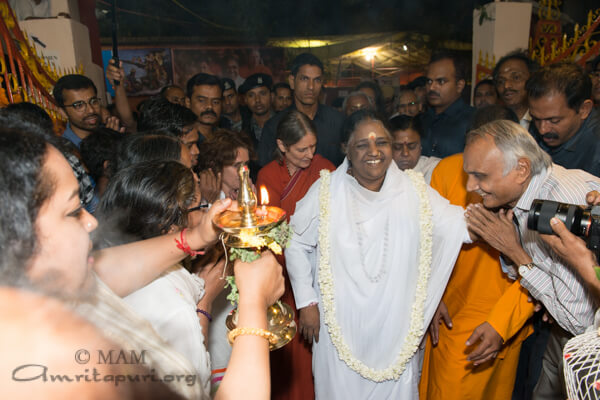 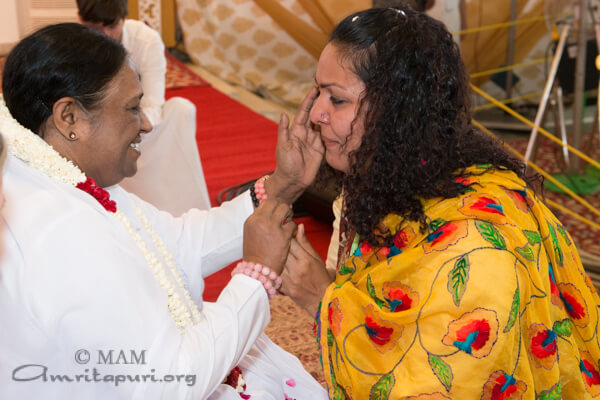 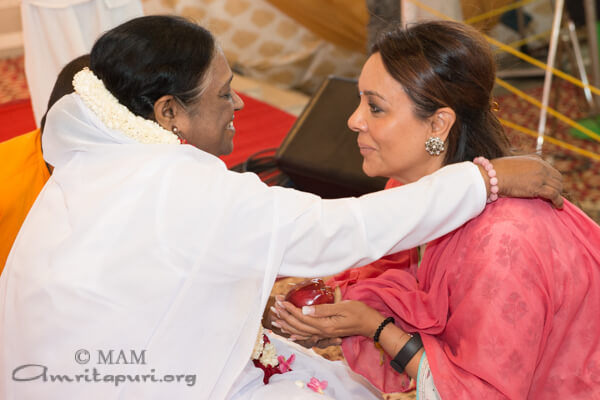 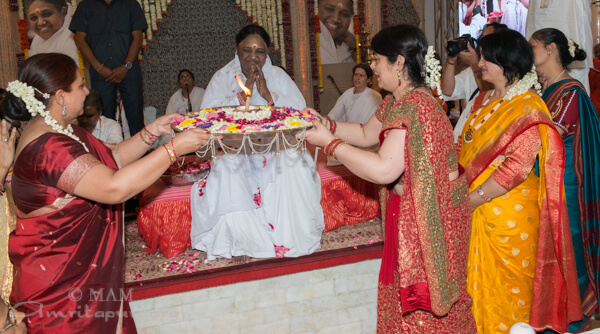 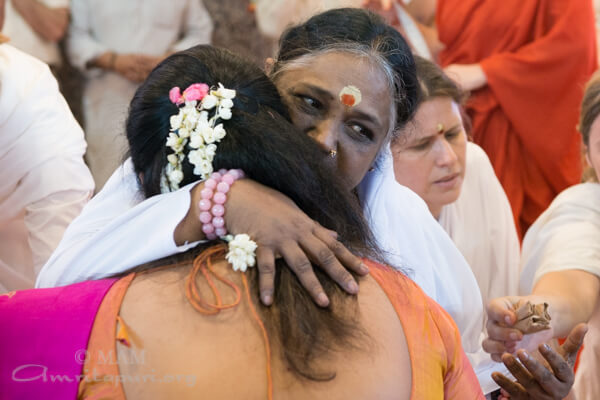 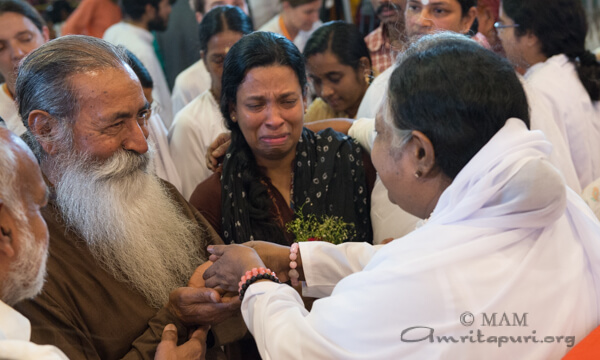 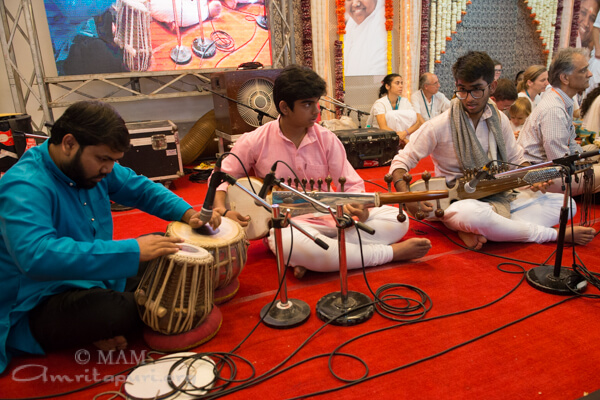 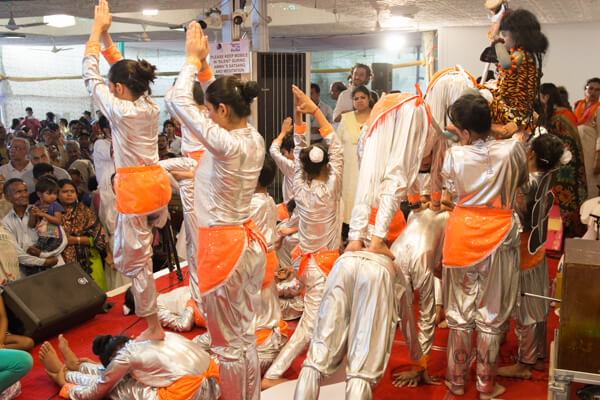 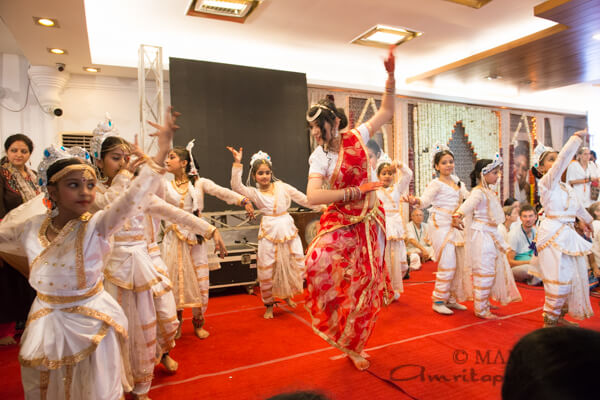 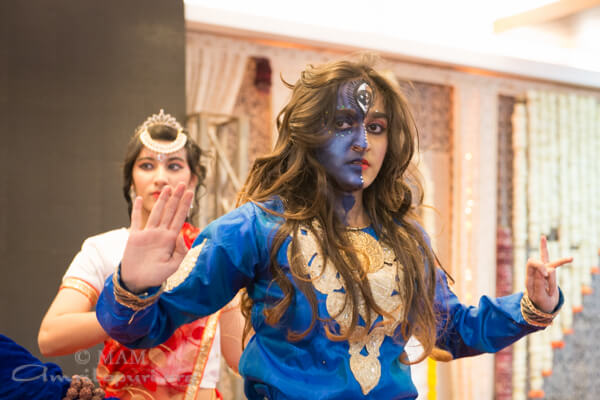 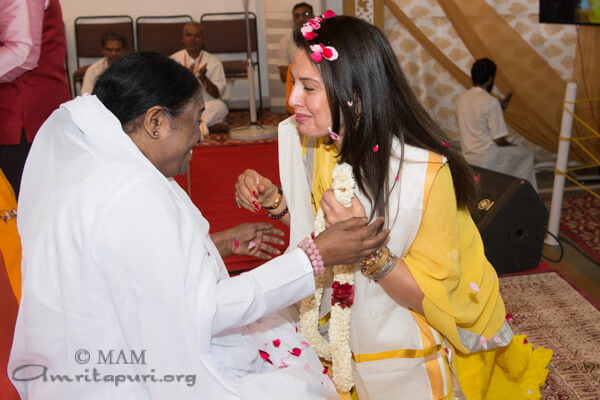 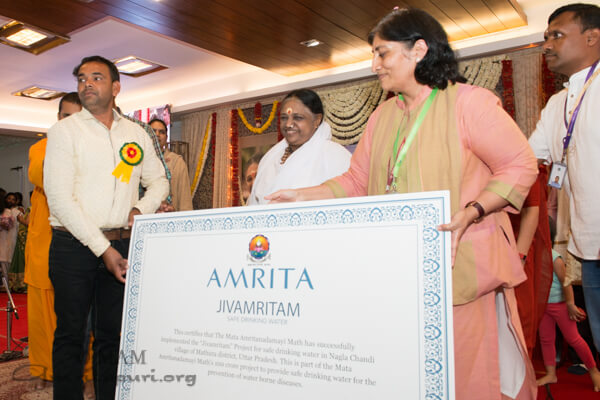 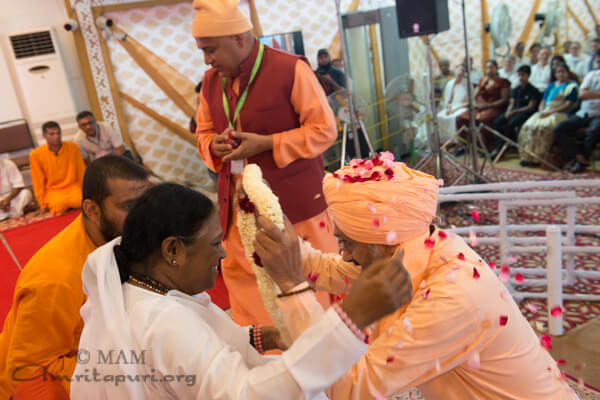 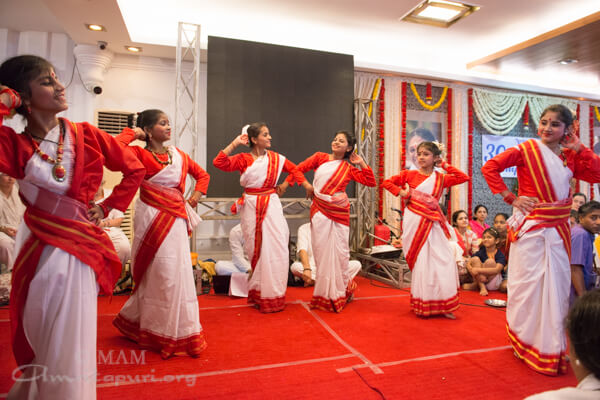 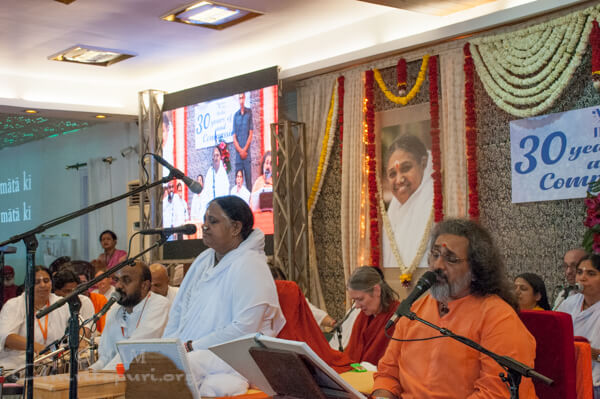 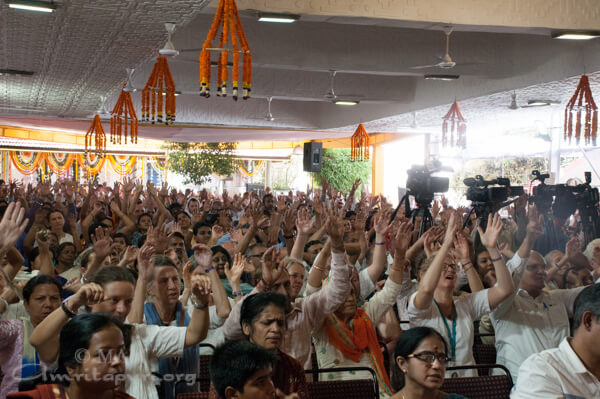 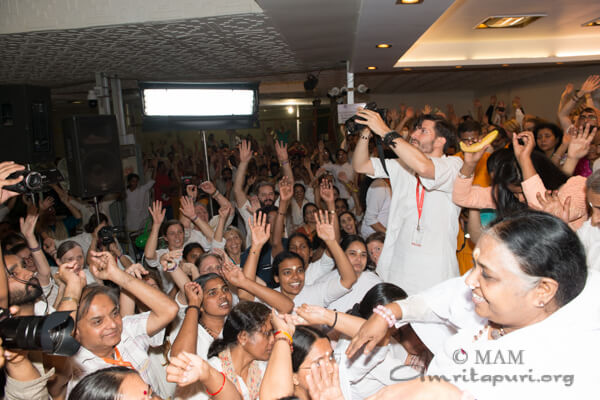