Despite being held mid-week this year, the Expo Houten event center was again filled to overflowing by devotees and newcomers coming to receive Amma’s embrace, listen to her satsang and bhajans, and pray together for the peace of the whole world. Devotees came from all over the region, including Belgium, Luxembourg, throughout the Netherlands and further afield. 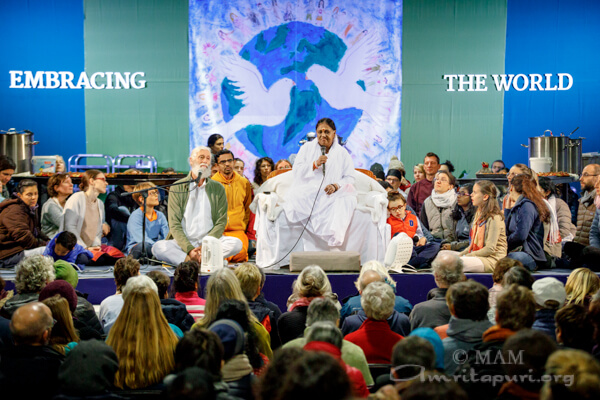 Upon her arrival from Chalons-en-Champagne the evening before, Amma served a Prasad meal to the volunteers, held a Q and A session and led everyone in bhajans and meditation.

In her remarks to the assembled crowd, Amma stressed compassion as the foundational principle of harmony in life on earth: “Compassion is the unconditional law of creation. The beginning, sustenance and culmination of every individual, society and the world is in compassion.”

Amma was welcomed to the Netherlands by India’s Ambassador to the Netherlands, Mr. Venu Rajamony, as well as by VU Professor J. Heringa, and by world champion boxer and kick boxer, and acclaimed Hollywood actress Lucia Rijker.

In his remarks, VU Professor Heringa said, “All scientists whom I’ve been in contact with at Amrita University, really take their inspiration directly from Amma. When Amma meets a head of a department at Amrita University, she asks him or her: ‘What have you done this week to make the world a better place?’ So that they know very precisely where they heading, and in which way they really try to better this world. So it is not science just for the sake of science.

“Something fantastic where we as spoiled Dutch can learn something of is the beautiful project called the 101 villages project. At this moment there are approximately 200 places or even more of the poorest villages in India where for example an e-learning course is organised. Women learning to build toilets. So totally emancipated and totally needed. Then you see that with these activities that are built on scientific knowledge, these villages are out of poverty within 2 or 3 years. And people get jobs and make the world a much better place. It’s completely inspiring to build a bit in this and to contribute in cooperation. We learn a lot from this. And hopefully, we can contribute to improving the world. I can say one last thing. Today, in the VU’s mission-statement, we see a simple mission: improve the world. And you can all guess who has been the direct inspiration of this. That is Amma.” 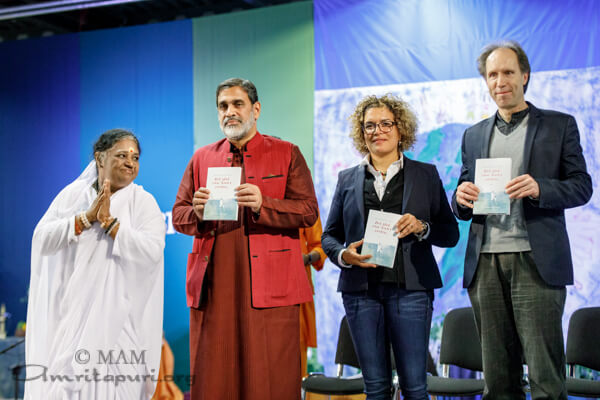 Mr. Rajamony reflected on Amma’s significance for India and for the whole world. “Amma is a true soldier of peace. In her life, in her message, Amma has always spread the message of peace and nonviolence. And in India she has created an extensive network of institutions which spread world-class education and which provide world-class medical facilities to people. And these institutions are growing every day… Amma’s activities are aimed at wiping the tears from every single person possible.”  The ambassador continued, “I am relatively new here in the Netherlands, I was appointed as Ambassador in the first week of June and it is only about five months since I came here. But if people were to ask me, ‘In this period of five months, which is the happiest occasion you have had?’ I would say ‘It is today, to receive Amma here, to spend time with her and to seek her blessings.’” 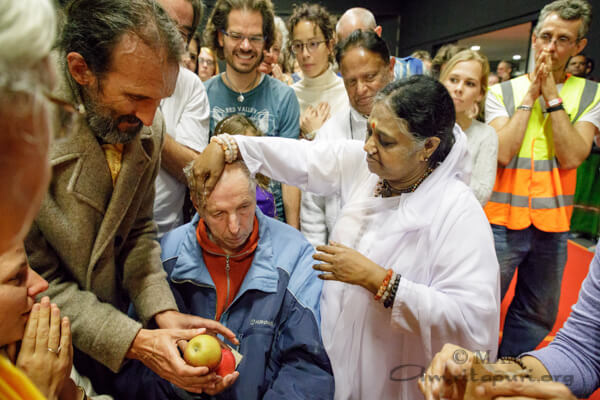 Lucia Rijker said, “My experience with Amma is without words. Amma touches me and opens my heart. Amma makes me conscious about my tendencies and embraces me consciously and completely with my negative qualities. Amma loves everyone unconditionally. I am extremely grateful Amma that you are in my life, that I can come to you with all my worries. Every time to being allowed to open my heart to be able to become a deeper and more wise and more loving person and that is what I wish for everyone here today.”

During the programmes, Amma’s devotees from both the Netherlands and from Belgium staged traditional Indian dances. The message of the dances seemed to echo Ms. Rijker’s as well as the professor’s words: “Amma, let us take the unconditional love you give us, and make us wiser, make us more loving. Let us make this world a better place.” 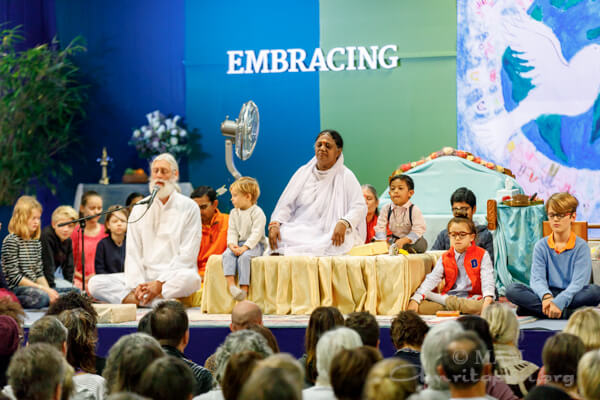 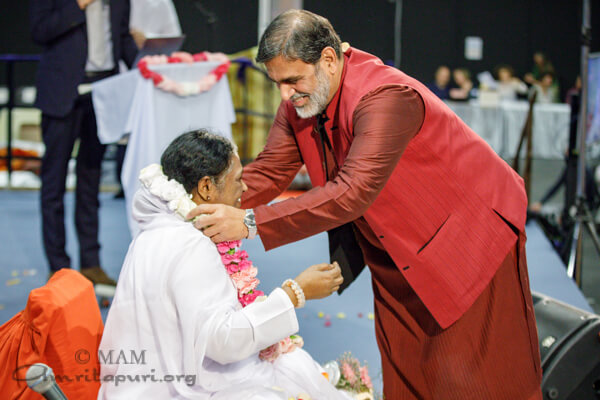 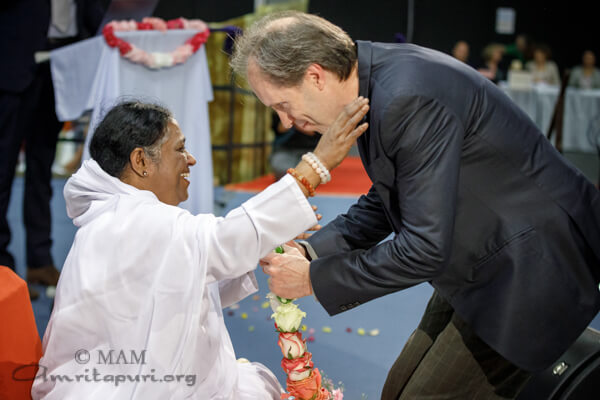 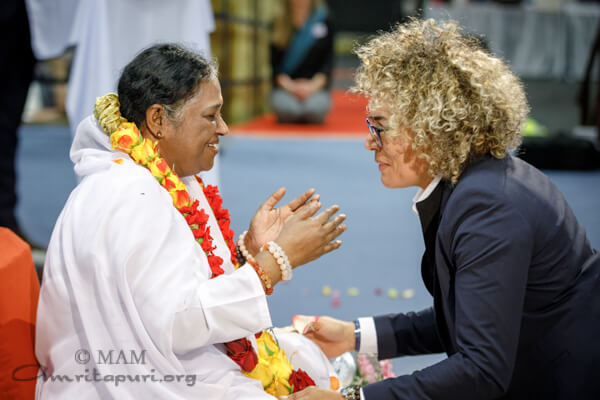 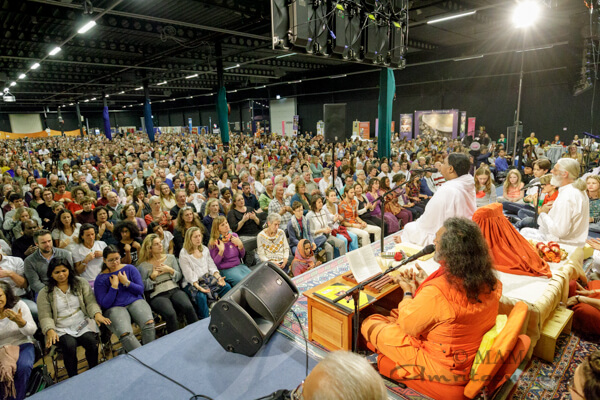 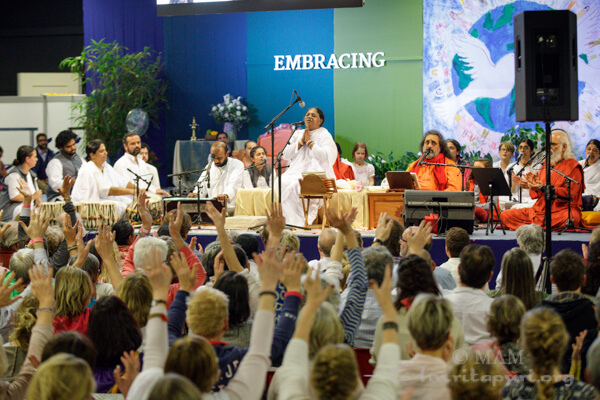 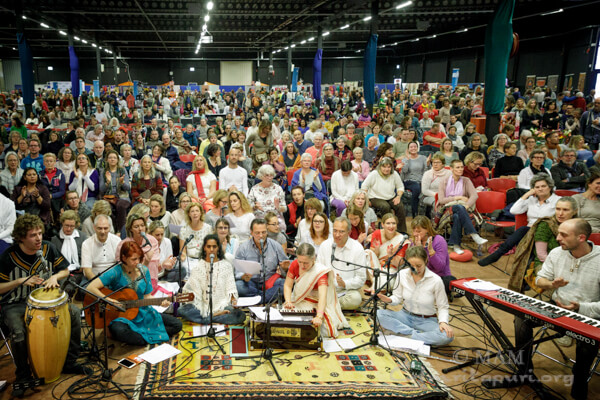 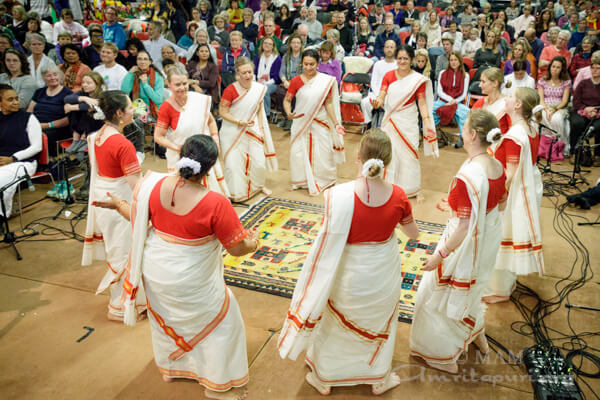 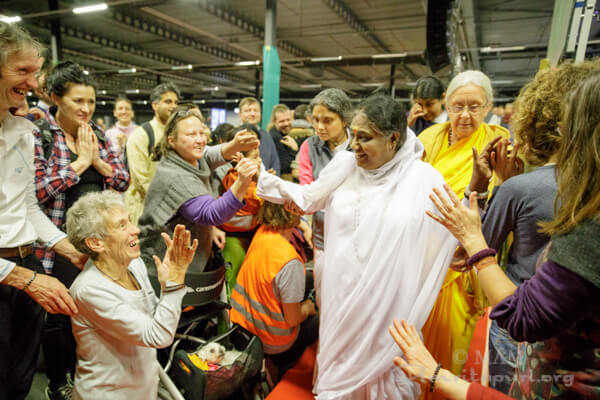 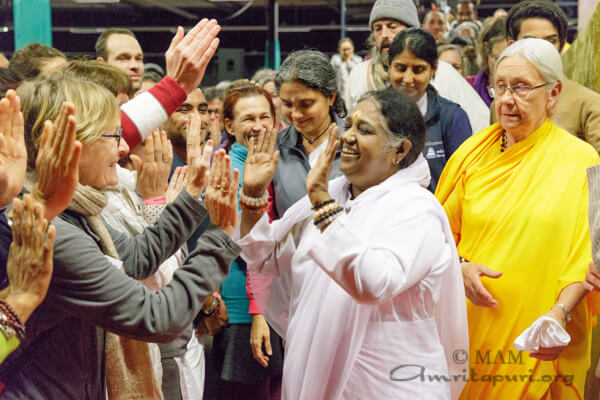 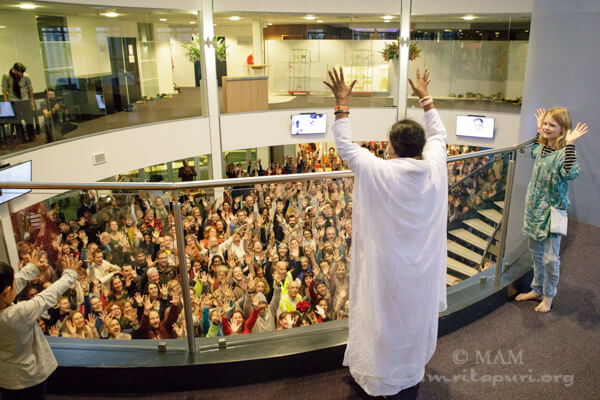 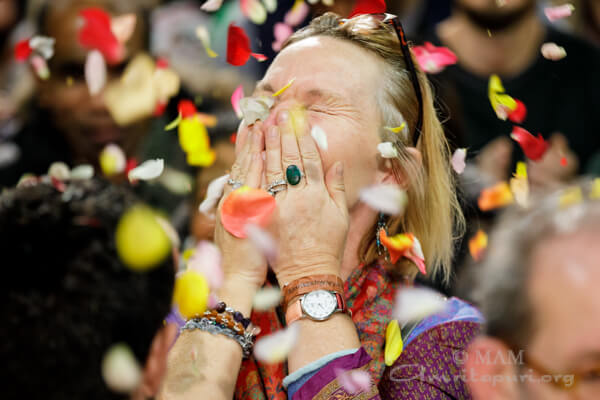