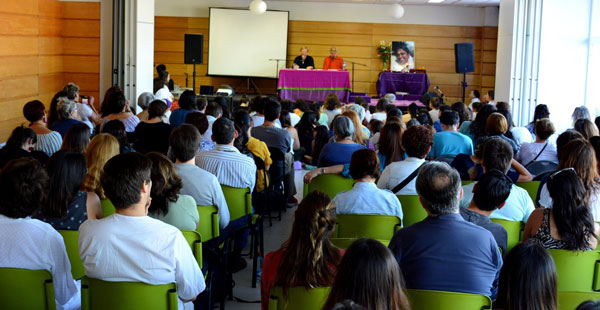 Swami’s tour began in Santiago, Chile, where 10 years earlier Amma made her first visit to South America. Even though Amma visited only once, more than a decade ago, Swami’s annual visits provide sweet reminders to all those who had the good fortune to have Amma’s darshan when she was in their midst; and for those who have yet to meet Amma, Swami’s programs provided an enlightening and entertaining introduction to Amma’s teachings. Sharing from his almost 40 years of experience of living alongside Amma, Swami inspired the packed halls both days of his programs in Santiago before moving on to Viña Del Mar, Chile.

In Viña Del Mar, Swami’s program took place in a movie theater in the center of town. The program began with a full house, most for the first time, watching an introduction film on Amma. All were transfixed on the big screen, normally used to show images of imaginary heroes, but tonight they were being shown real one. After Swami’s talk the crowd enthusiastically, clapped and sang along to all the bhajans, and ended the program showing their appreciation to Swami with a long ovation. 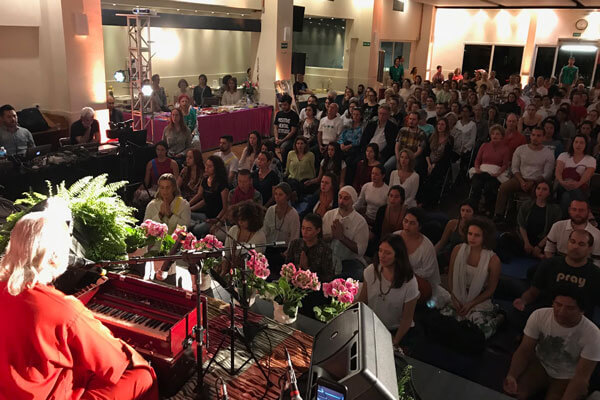 From Chile, Swami travelled on to Lima, Peru, where a Homa was performed during the evening program. Although most were participating in the ceremony for the first time, the crowd of more than 500 people patiently waited to offer their prayers for peace and prosperity into the sacred fire. In addition to Swami’s program, an IAM meditation course was held and attended by over 100 people.

After Peru, Swami concluded his tour in Brazil, where he visited the cities of Rio De Janeiro, Araruama and Sao Paolo. Brazil being the other country Amma has visited, the crowds were large and lively everywhere Swami held programs, with lots of familiar faces. During his talks, Swami humorously highlighted the importance of having the right attitude to accept the circumstances in life we cannot change and to make efforts and strive to change the things we can. When Swami spoke about the later, collectively there was a single thought shared by everyone in attendance…’what efforts can they make to get Amma to return to their continent?’ Swami concluded his talk by pointing out that through these efforts we can attract grace and through that grace, we can achieve our goals. May the goal of all of Amma’s South American children be fulfilled and may she soon return to bless them. 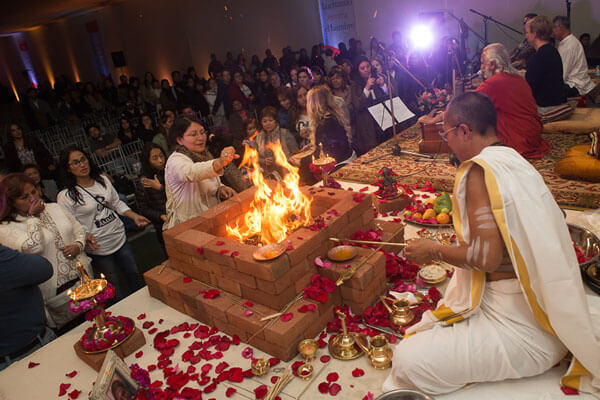 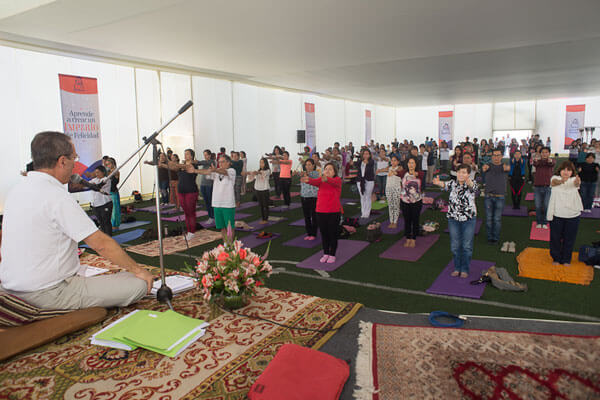 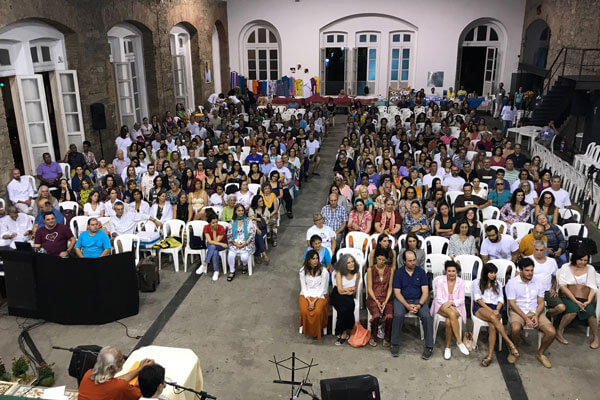