Embracing the World, Zambia, in collaboration with Vision Without Borders, organized Cataract Surgeries for 216 patients at Petauke, an Eastern Province in the country, in the last week of August 2017. The operations and the hospital care were given totally free to the patients. The volunteers also ensured that the patients were picked up from very remote interior areas and dropped back after their surgeries. 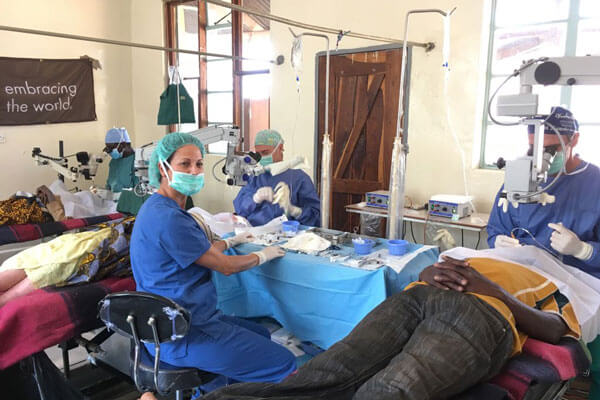 The operations were done at the Minga Hospital in Petauke. Patients were selected by three ophthalmic nurses who traveled more than 100km east and west of the hospital to screen patients with cataracts.

A team of doctors and nurses under Dr. Isabel Signes, an active volunteer of Embracing the World, travelled all the way from Spain to help with the surgeries. 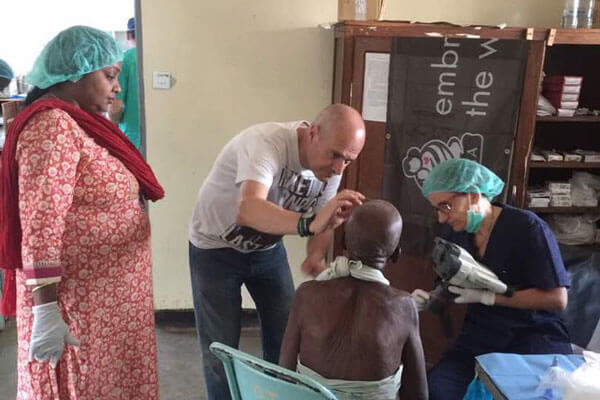 Apart from the 216 cataract operations, two capsulotomies and several pterygiums were also performed. Around 180 pairs of glasses were provided as well. Many of the patients were thrilled to get back their vision and filled with gratitude for Amma.

The volunteers from Zambia, inspired by Amma, put in a lot of efforts to organize the eye surgeries and were blessed by the beneficiaries with all their heart.