20 Sep 2017, Amritapuri
The Jewish New Year – Rosh Hashanah- starts in the new moon of this month. This year it falls on the same 10 days of Navaratri. These days have a very important significance in the Jewish tradition. It’s a time that God is watching and deciding what is going to happen with you in the coming year according to their faith. It’s a time for prayer, contemplation and forgiveness. 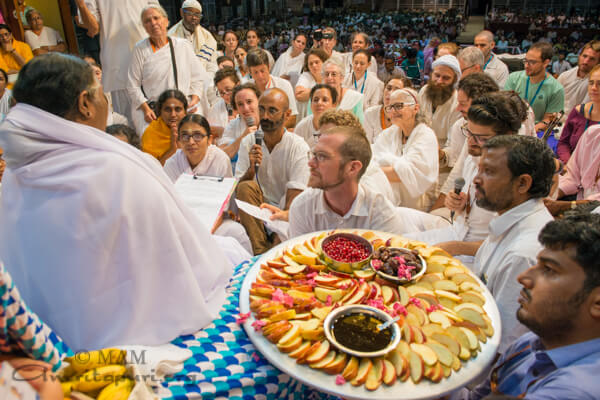 Every year Amma’s Jewish children from Israel and around the world come to celebrate with her. Last night they sang traditional Jewish songs, and then Amma then sang in Hebrew, “Everyone in the world.” Then at the end of darshan Amma fed all apples, dates, and honey, which are the traditional offerings on this day, symbolizing that the coming year will be sweet and good. 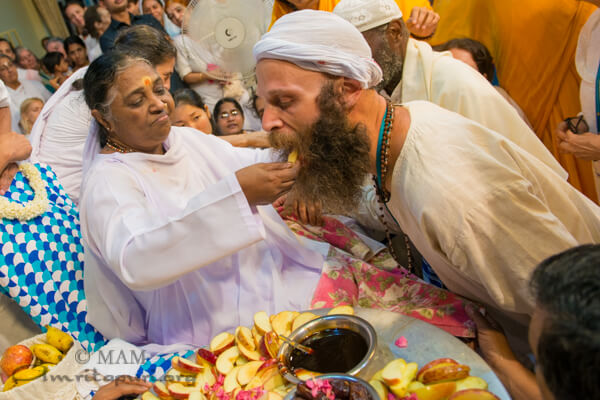 The devotees were singing in Hebrew “next year we will spread our hands in front of the big white light that is pouring out…” As they were singing the traditional Jewish New Year’s song Amma started clapping the hands of the devotees standing around her making it a memorable, unique beginning of another year.