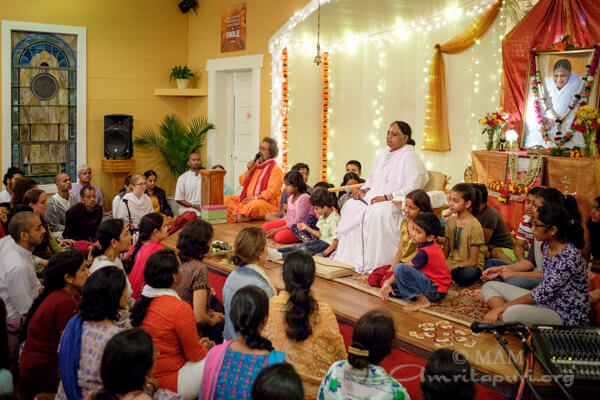 During the two days of programs in Atlanta, local devotees put on a number of cultural performances including traditional Indian dances, and ancient Vedic chanting.

Addressing the assembled crowd, Amma spoke about the way blind competition damages society. “People simply think, ‘I want to win!’ It is good to want to win. In fact, Amma wants everyone to win. But most people have only one mantra: “I… I… I… I…” When people perform actions with only the end-result in mind, they will not hesitate to do anything to attain that end — even commit crimes. Such a self-serving perspective makes people consider everyone else as enemies. In the throes of blind competition to keep everything under his control, man’s efforts become insincere and incomplete. It is only when joy and sharing coming into our actions that they become complete.” 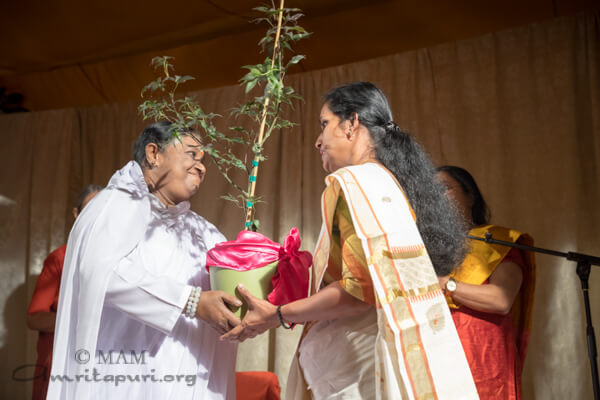 On the final night, a small ceremony was held honoring Amma’s 30th visit to the US.