Navagraha Homa is recommended for all and is an extremely useful & beneficial Homa, since its worship strengthens benefic planets & increases their positive influence and pacifies malefic planets & neutralizes their negative effect. 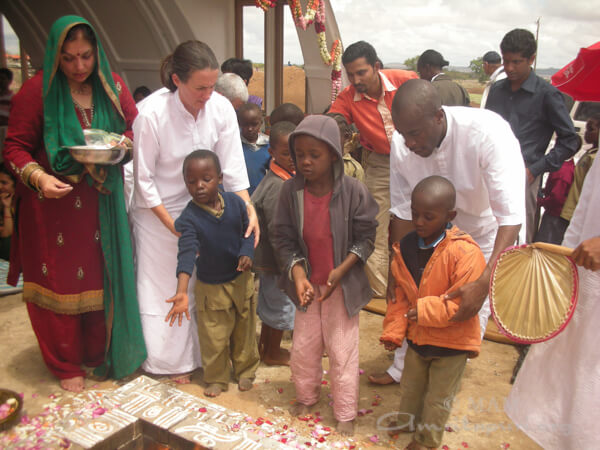 This homa was conducted by Br Shantamrita at the  Amrita Watoto Boma, the orphange, on 1st November 2009.

A beautiful white & yellow kolam decorated the homa kunda.  During the Homa, all devotees sang bhajans and the sound of ancient Vedic mantras also pervaded the space later in the ceremony.  Over 150 people attended the homa, including special guests the Indian Deputy High Commissioner for Kenya, Mr Shukla, and the Honorable Member of Parliament for Naivasha constituency and Chairman Kenya Agriculture Commission, Mr John Mututh. 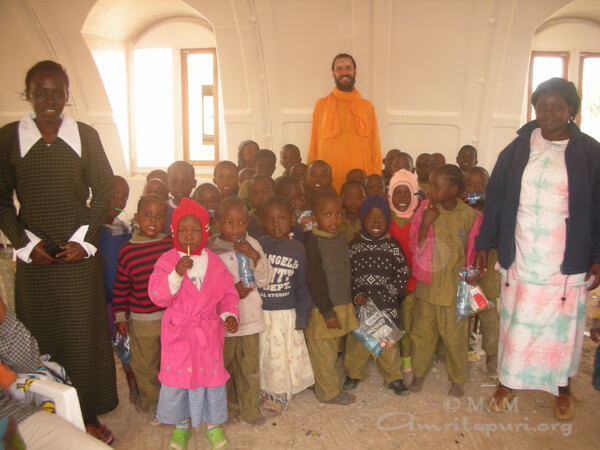 Every person present had the chance to make an offering in the fire, including the children who reside at the Children’s Home.

After the homa was completed, it started raining, and a beautiful double rainbow appeared in the sky. A sign that the prayers had reached the Divine?