Despite freezing temperatures, hundreds of Amma’s volunteers awaited Amma’s arrival at the Zenith Halle in Munich on the evening of 14 November, at what would be the final program of her 2016 European Tour. 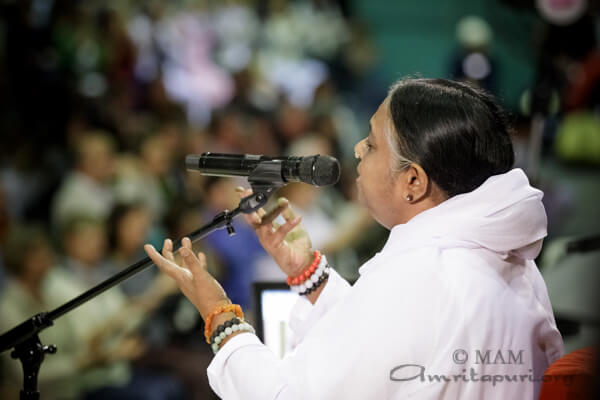 Amma served the assembled volunteers a prasad dinner and spoke on the different spiritual paths toward the goal, including the path of devotion and the path of knowledge. She said every path has its own place and we cannot say that one is superior to the other. Talking about the importance of the path of love, Amma explained that the experience one gains through advancing in that path is in fact not different from the path of knowledge. People may give long speeches about spiritual experience, Amma said, having read the scriptures, but unless one has experienced the truths of the scriptures, one is merely like a tape recorder or a parrot. Just as a goldsmith melts the ore to shape the gold ornament, Amma explained, we have to first melt in love and then be molded by knowledge.

As usual the programs in Munich were crowded, with extensive media coverage including an interview with the newspaper Suddeutsche Zeitung, as well as a feature on Munchener TV.

Being the last program on the tour, many of Amma’s children came from all over Europe to see Amma for the last time before she left the continent. Amma left her children with exhortations to protect our fragile planet. In her satsang, she said, “In the last 25 years, we have finished off nearly 40% of the Earth’s natural resources. We don’t know how long the rest of the resources will remain. Understanding the seriousness of the situation, we need to practice activities like tree planting. Trees are like air-conditioners of the Earth – they purify the air we breathe.” 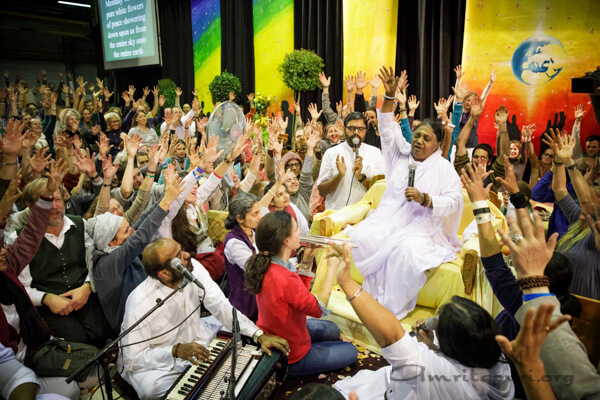 In particular, there were many people from the nation of Slovenia at Amma’s program in Munich. They had translated Amma’s song “Everyone in the world (should sleep without fear)” into Slovenian, and asked Amma to sing it. Therefore, on the second night of her programs, when the darshan had come to an end, though she had already sung a full set of bhajans earlier that evening, Amma told the bhajan team to bring the instruments and set up the microphones.

Though Slovenia is a small country, and in those moments, as Amma sang her beautiful prayer in the mother tongue of Slovenia, for the thousands of people from dozens of nations, Slovenia was the most important nation on Earth, and their language the most beautiful. Everyone joined in – people from all over the world singing in this language spoken by just two million people. Amma’s song brought tears to the eyes of every Slovenian there that night, and to many others as well. It was truly a reminder that Amma speaks only one language and that language shines in and through every other language – for it is the language of love. 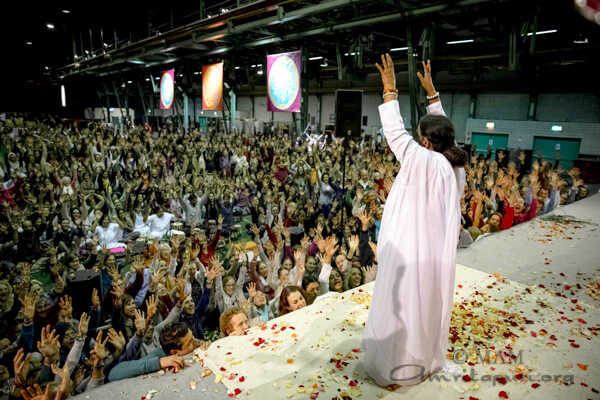 As the curtains fell on Amma’s 2016 European tour, one could see the sadness on the faces of many of Amma’s European children. But as Amma always mentions, where there is love, distance is not a barrier, and Amma’s European children will carry countless beautiful memories of this tour, which will remain forever as precious jewels in the treasure chest of their hearts. 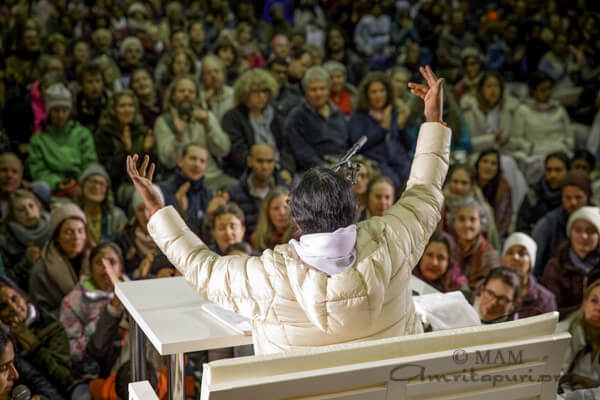 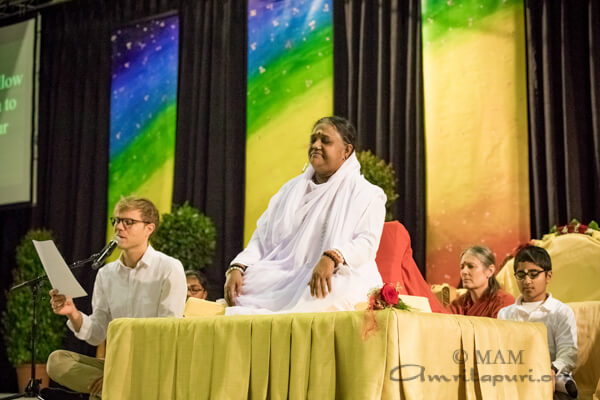 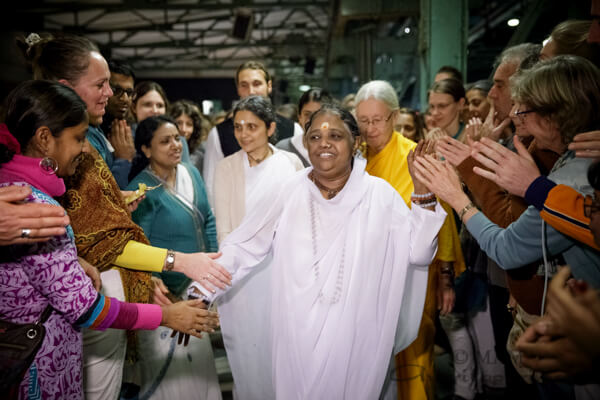 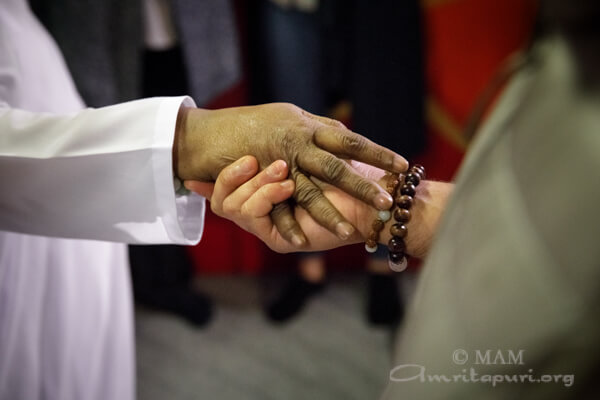 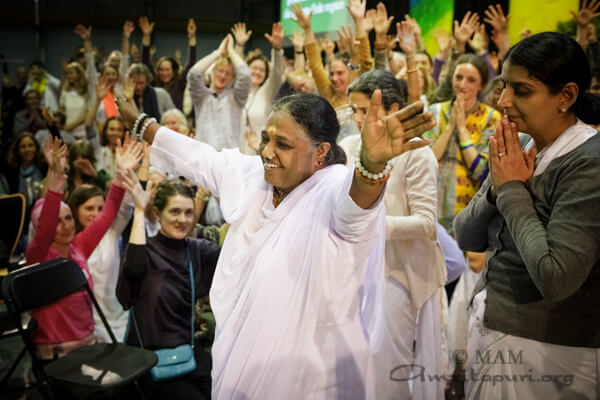 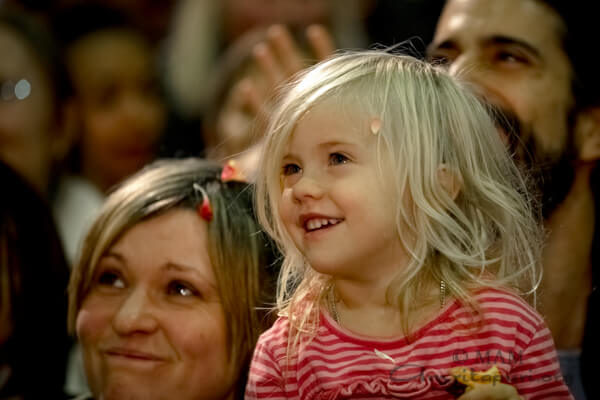 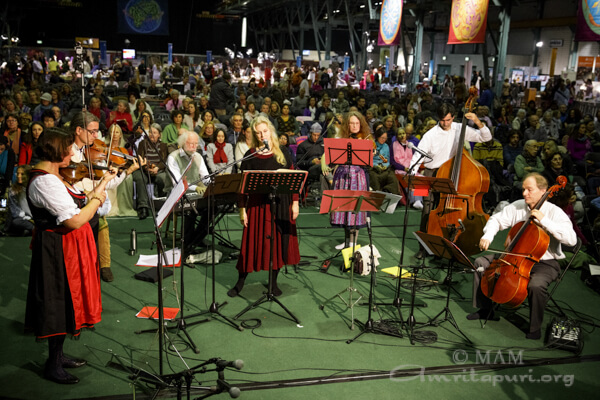 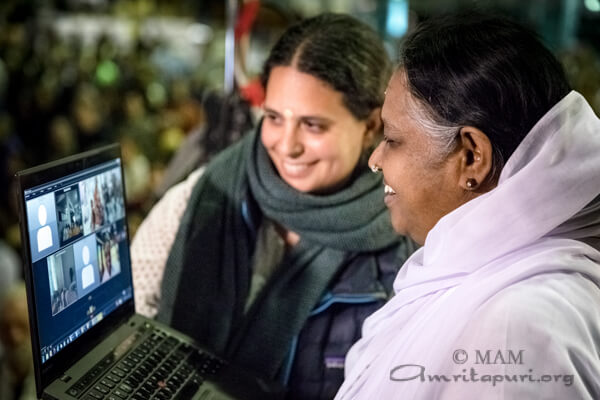