AYUDH’s 12th annual European Youth Summit “One World. One Home” took place from 16th-24th July at the MA Center in Brombachtal near Frankfurt, Germany. Playing host to 300 young people from over 27 countries, the summit provided a unique platform for personal development, intercultural dialogue and creative expression. Each day was dedicated to a different aspect of home: diversity, inclusion, connection, equality, self-transformation, sustainability, peace and a shared vision. 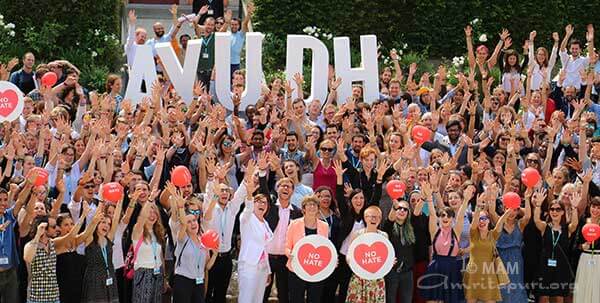 AYUDH holds that personal transformation lies at the heart of real change – in the world, and in us. In addition to the cultural, social, political and ecological perspectives, we also considered a spiritual dimension when addressing each daily topic of the summit. The teachings of our most beloved Amma formed an important part of this reflection.

Each day had an extended interactive reflection sessions centred around inspirational and motivational talks from guest speakers.

Gopi Kallayil, Chief Brand Evangelist at Google opened the week with a lively session on moving from the internet to the inner-net, sharing techniques with the youth to balance their outer responsibilities while nurturing their inner lives. Offering practical tips such as focusing on the essential, doing one thing at a time, making gratitude lists and scheduling appointments with oneself, he also led morning yoga classes that he pioneered at Google’s headquarters.

Br. Shubamrita Chaitanya, one of the mentors of AYUDH Europe, talked to the youth about diversity and interdependence, the need to avoid harsh judgements, be more forgiving and broaden one’s understanding. “What we need is not judgment, what we need is understanding – which requires patience and love. As it grows, you include more and more people in your life. Inclusion is a mindset: the realization that everyone has something to contribute to the world and each person matters.” 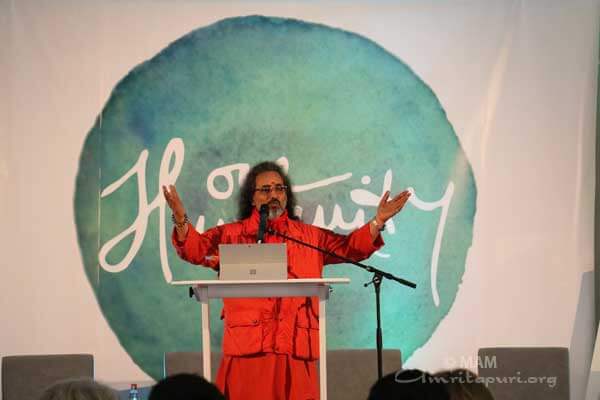 Swami Amritaswarupananda, Vice Chairman of Mata Amritanandamayi Math, spoke about home as a place for self-transformation. He emphasized the need to move from a results-oriented society to an action-oriented society, to focus on good actions and to cultivate empathy. He shared a two-step process to develop one’s inner capacities: love yourself and accept others. He reiterated Amma’s message of compassion as the first step, and the last step, towards achieving the goal of self-transformation. “Pure love, pure compassion,” he said, “unites us all and creates the home we look for in the world.” 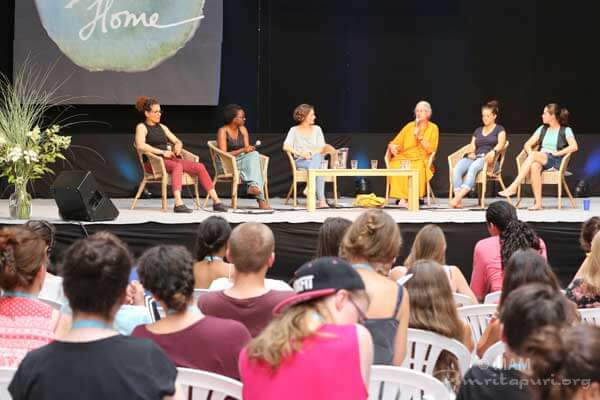 “One Humanity”, a high-level symposium held at the historic Kloster Eberbach monastery in Eltville Am Rhein, Germany. Bringing together leading voices in the fields of politics, diplomacy, activism, spirituality and education.

In his keynote address, Swami Amritaswarupananda Puri urged leaders to listen to young people. “These young minds,” he said, “are the answer for all the challenges our world, our planet Earth, is facing today.” Bjørn Ihler, a young activist who survived the Utøya massacre, related his moving and powerful experience of confronting his attacker and his personal journey to forgiveness. He expressed appreciation for Amma’s message of love, saying, “I think we need to start here and build on what Amma does, to build rituals of love to counteract the politics of hate and fear that currently drive the world.”

Anne Brasseur, the official ambassador of the No Hate Speech Movement and former President of the Parliamentary Assembly of the Council of Europe, presented the rationale behind the No Hate campaign to protect European values. 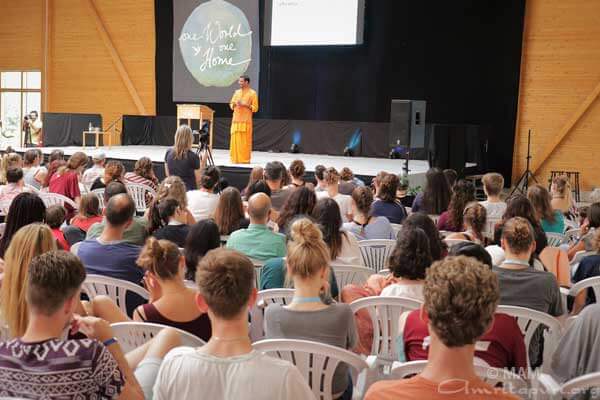 One of the highlights of AYUDH’s European Youth Summits are the extensive number of diverse workshops which are offered to foster personal growth and transformation as well as offering practical training in leadership, change-making, mindfulness and sustainability. This year, AYUDH offered the largest selection of workshops to date, including Tai Chi, Acro Yoga, Integrated Amrita Meditation, Martial Arts and Movement workshops, Permaculture, Urban Gardening and Sustainability training, Drafting a Declaration and Lobbying for Impact, Documentary Filmmaking, Leadership and Public Speaking Skills, Rap, Singing, Drumming, and Irish dance, among many others. Workshop leaders and participants performed creative presentations of what they had learned during the ‘OdenWorld’ celebration on the final night of the summit.

“It is my first experience with AYUDH. The people here are wonderful, everyone is very open, friendly, respectful towards each other, and open-minded. I also really like the spiritual part: there’s more to life than what we see.” – ­Eva, 21, Netherlands

“AYUDH is a really good thing because it’s somewhere that everybody can find their place.” – ­Anaëlle, 20, France

“AYUDH has taught me that if there is one thing I can do to change the world, it is being nice to people. If everybody thinks about what they can give to others, the world would be a far better place.” – Caolan, 17, Ireland

AYUDH’s 12th European Youth Summit was carried out by M.A. Center Germany – Seminarzentrum Hof Herrenberg e.V., which was supported by the Council of Europe’s European Youth Foundation, SAP and Kloster Eberbach Foundation. The summit was carried out in partnership with the United Nations Inter-Agency-Network on Youth Development, the No Hate Speech Movement, the Lebenshilfe e.V. Offenburg and the German municipalities of Brombachtal and Michelstadt. 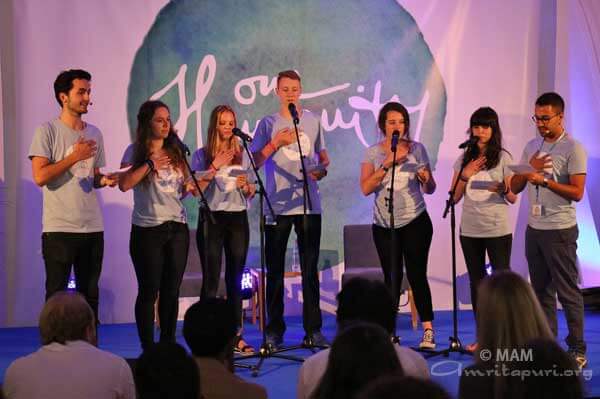 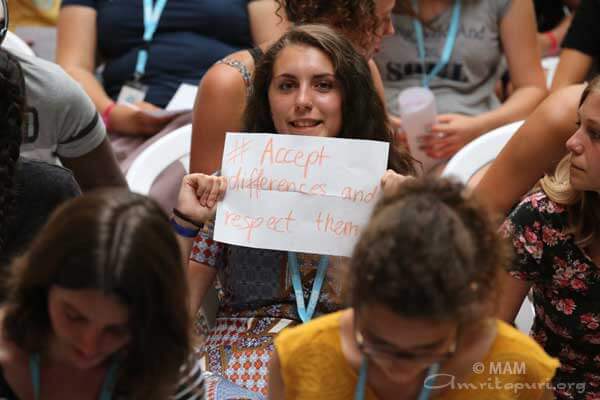 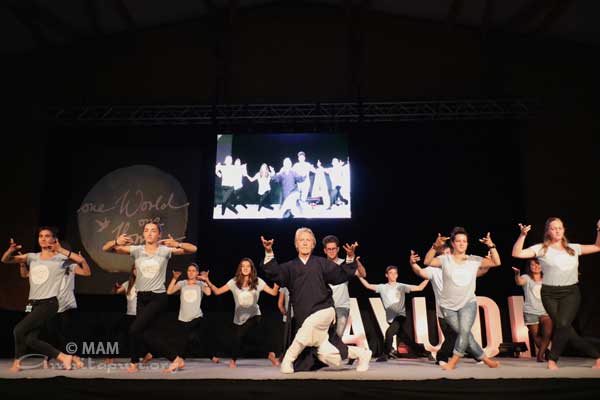 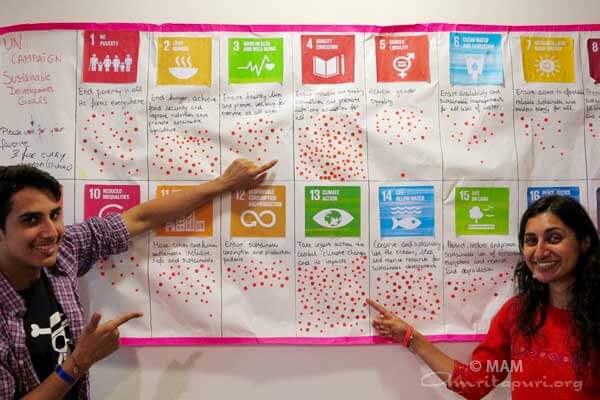 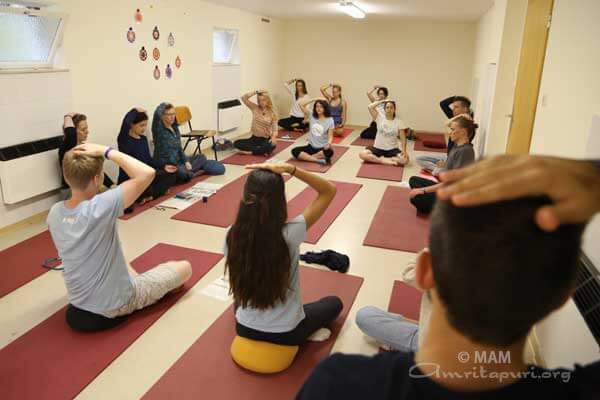 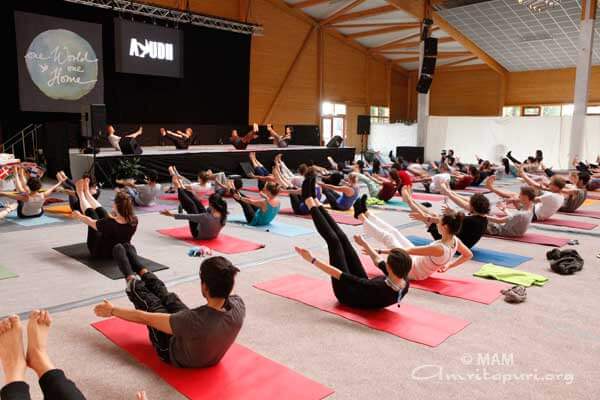