After Seattle, Amma headed to the San Ramon Ashram where she has been holding programs for the past 27 years.

During Amma’s darshan time, satsangs groups from around the Bay Area and Northern California region including students from the two area BalaKendra groups sang bhajans, danced to traditional Indian music, and put on plays.

During the retreat, local devotees put on a play that began with Parvati Devi asking Lord Shiva if the devotion of a true devotee is more powerful than the Lord himself. The play then depicted the story of how Hanuman’s unwavering devotion to Lord Rama turned even the most powerful of Lord Rama’s arrows into flowers. This proved Parvati’s statement true and underscored the power of devotion. 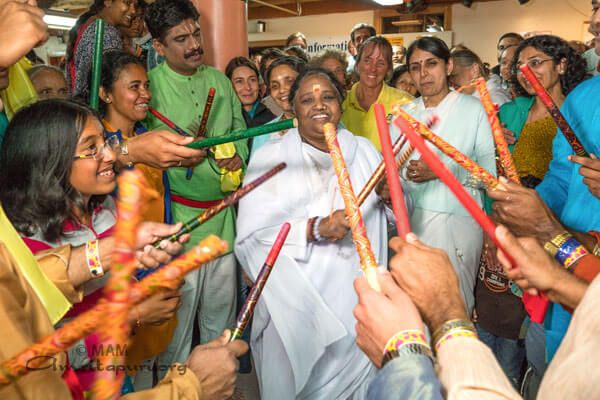 Balakendra students also put on a play based on the teachings of Adi Shankaracharya demonstrating how to be a good devotee. 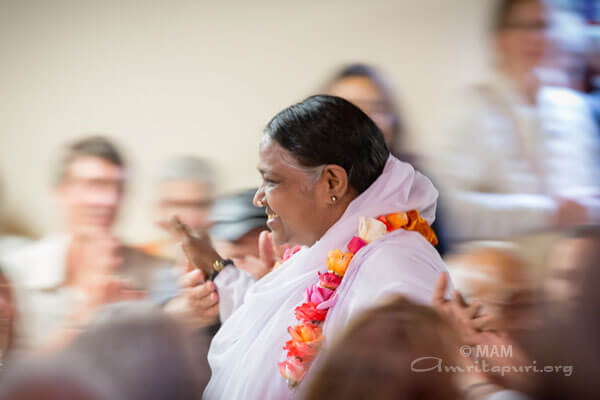 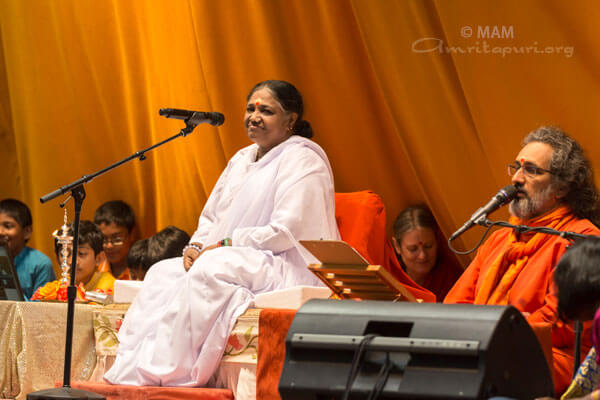 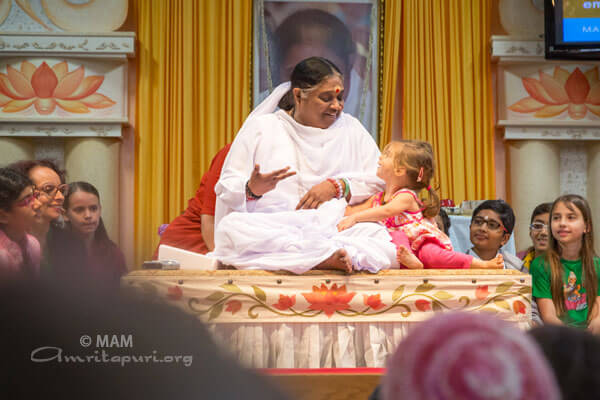 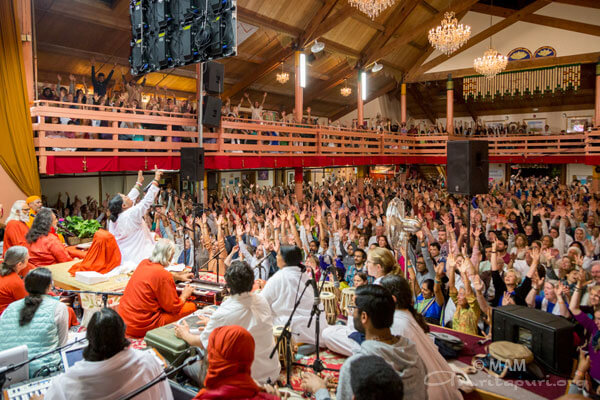 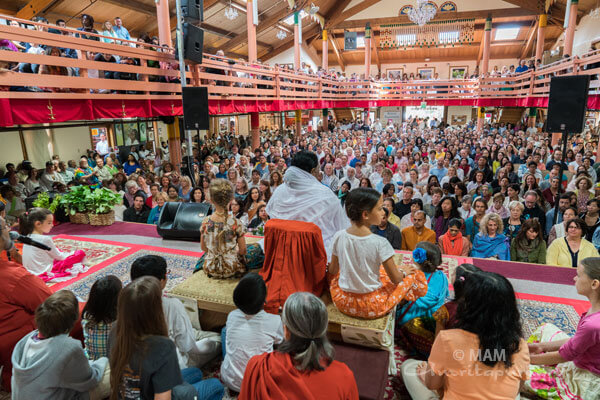 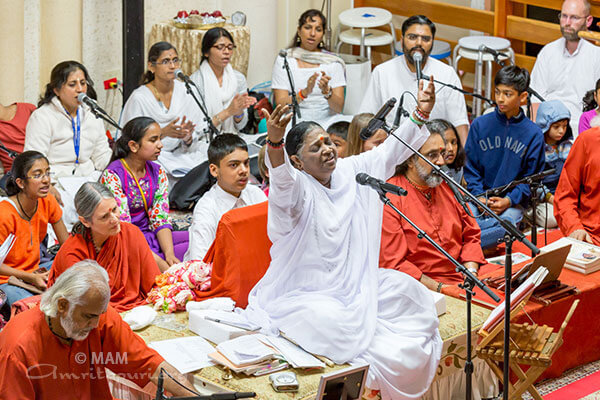 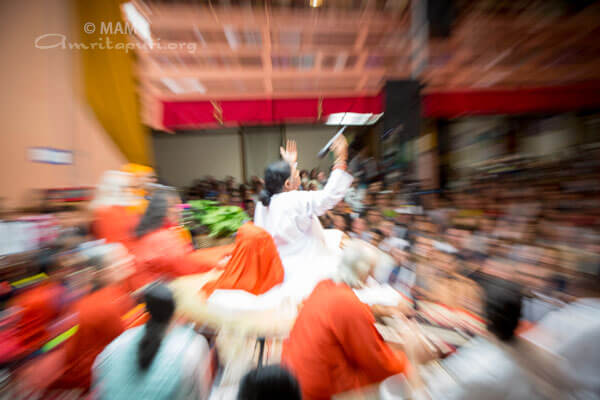 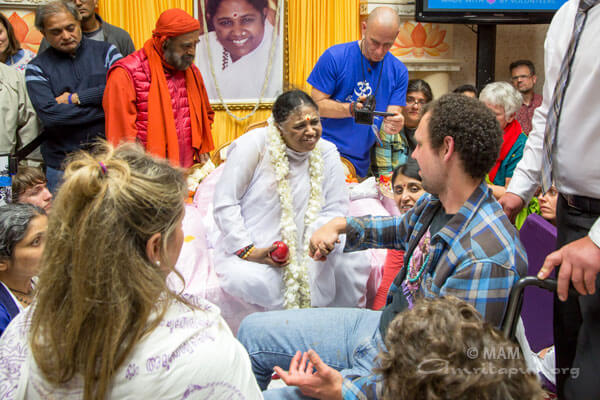 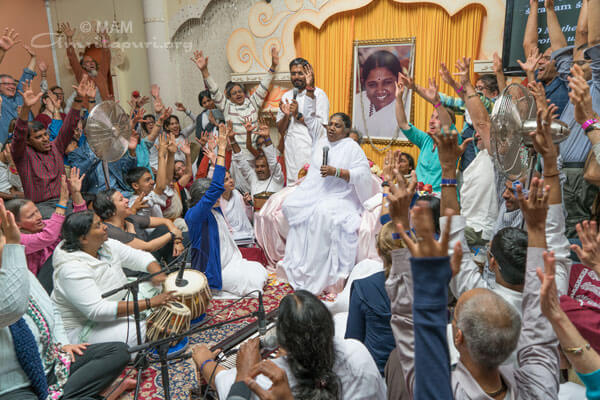 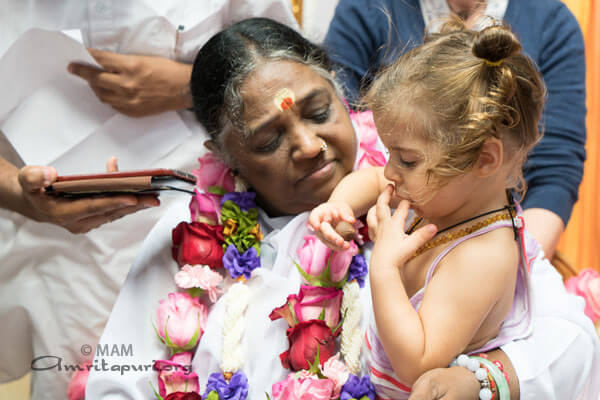 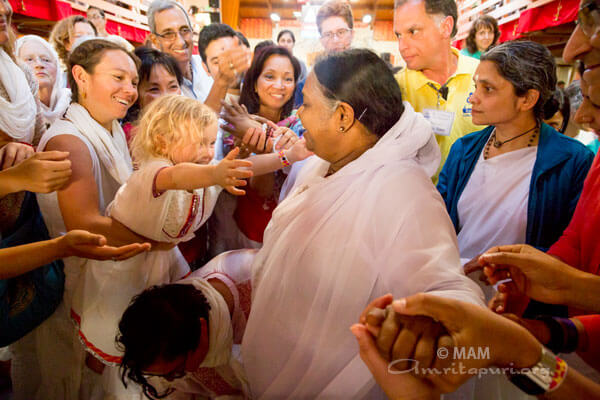 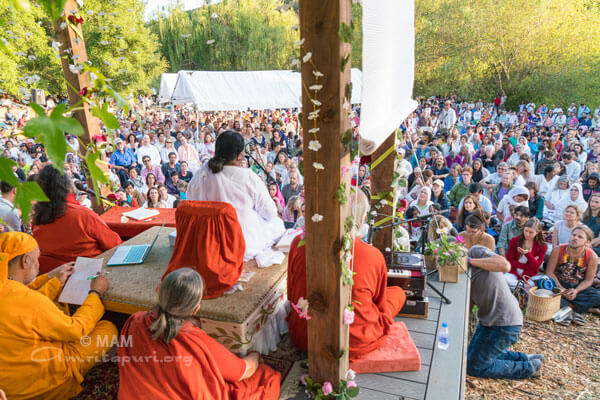 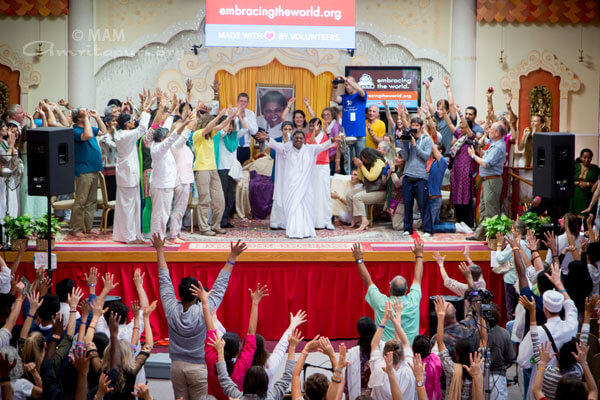