April 13-14, Kolkatta, West Bengal – Bharata Yatra 2016
For her final programs of the tour, Amma held a Brahmasthanam festival in Kolkata, West Bengal. Over the course of the two days, Amma gave satsang, sang bhajans, led everyone in a guided meditation and instructed all to perform the Manasapuja in the local language of Bengali.

Amma’s visit coincided with Poila Boishakh, the Bengali New Year. A bouquet of dry rice paddy, from the first harvest,(known as ‘Nira Puthari’ in Malayalam and, ‘Dhaner Seesh’ in Bengali) was given to Amma as an offering. On the occasion, Amma said “My children, everyday at the end of your sadhana, chant Om Lokah Samastha Sukhino Bhavanthu” mantra for a while. Presently there is so much of unrest in the world. We should be able to restore the harmony to some extent by our prayers. Remember my children, every emotion has a vibration. Anger has a vibration, lust has a different vibration, vatsalya (motherly love) has a different vibration and compassion has a different vibration. Let us create a positive vibration through our prayers.”

Destitute women from several villages, including: Dev Gain (Jharkhand), Guptapada (Odhisa), and Kalinagar (West Bengal) were given sarees. Tree saplings were also distributed to village children as part of MAM’s green initiative. Certificates of completion for tailoring and beautician courses were given out to students of these villages as part of vocational training courses.

Several of these villagers also presented cultural programs during Amma’s darshan. Not to be outdone, students from the local Amrita Vidyalayam also shined on the stage with their performances throughout the programs.

To conclude the final program of the almost three months of continuous touring around India, Amma gave darshan to all the members of the tour group who had just travelled over 5000 kilometers with her from one end of India to the other. One would imagine that after traveling such a great distance by road, enduring incredible heat, across 12 cities and seeing thousands and thousands of people come to the programs, Amma would want to spend her final hours in India before leaving for Kenya, getting some rest. Instead, Amma spent her last day siting once more with the tour group and all the local devotees; serving one last prasad meal, singing a few last bhajans and sharing a few last heartfelt smiles.

That night Amma left India for her two week tour of Kenya, Reunion, Mauritius and Singapore. 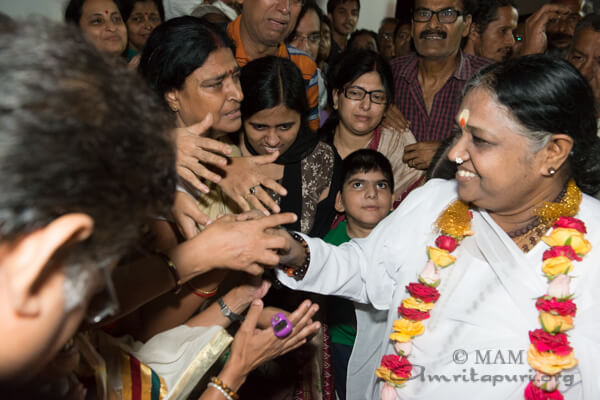 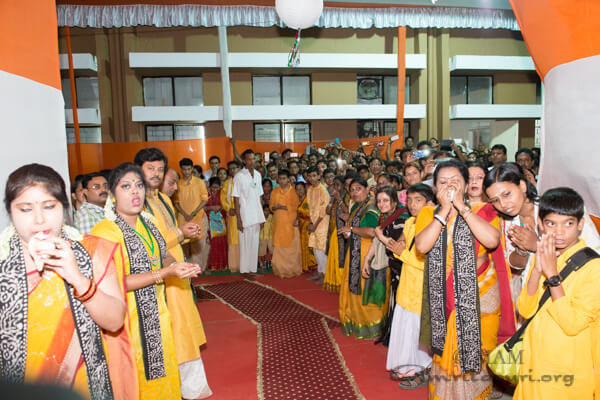 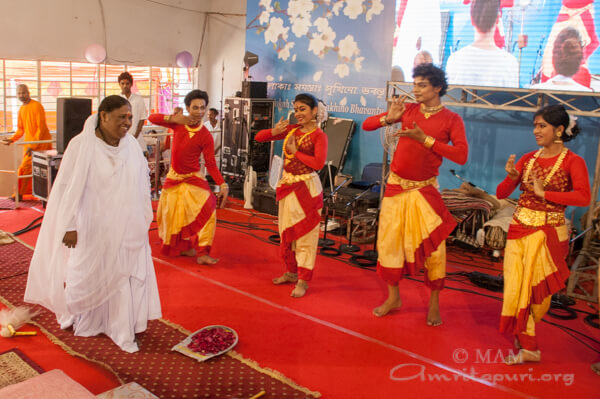 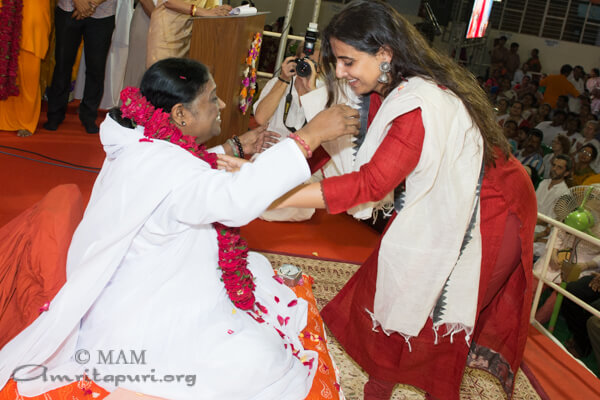 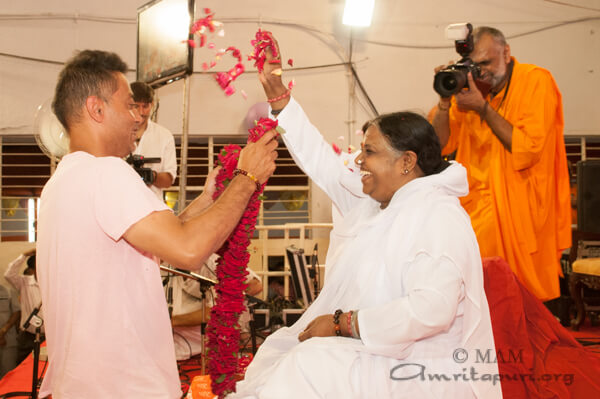 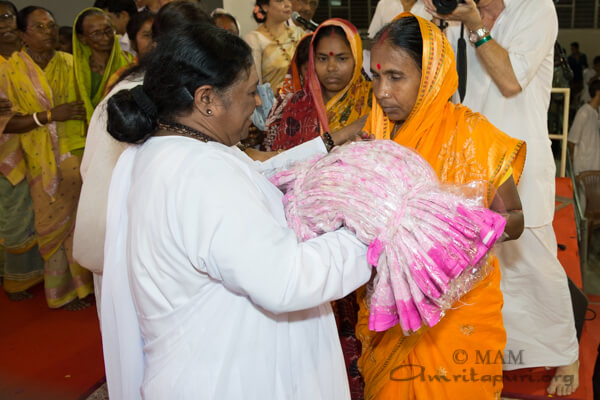 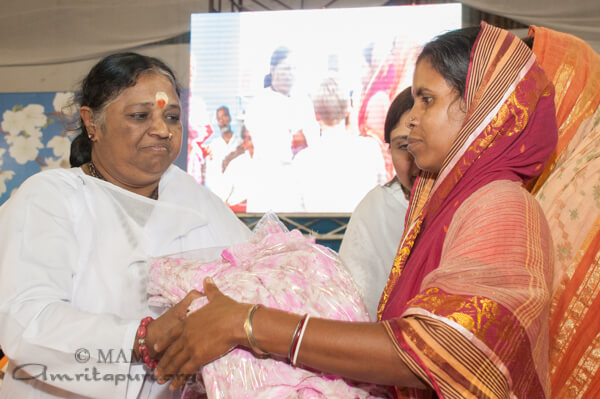 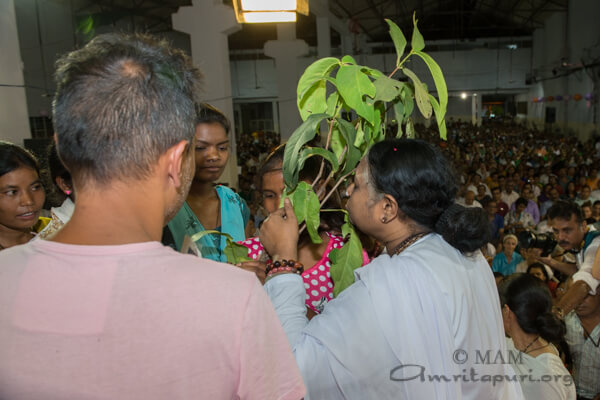 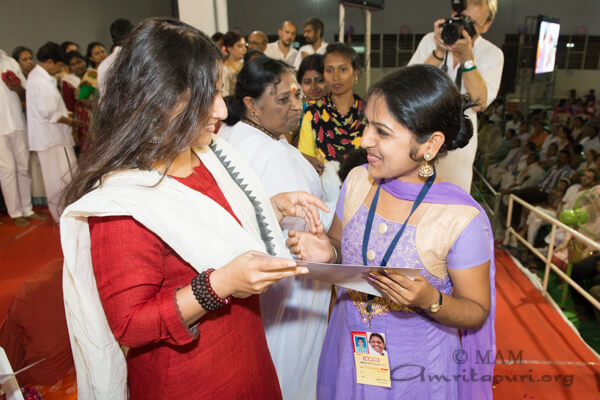 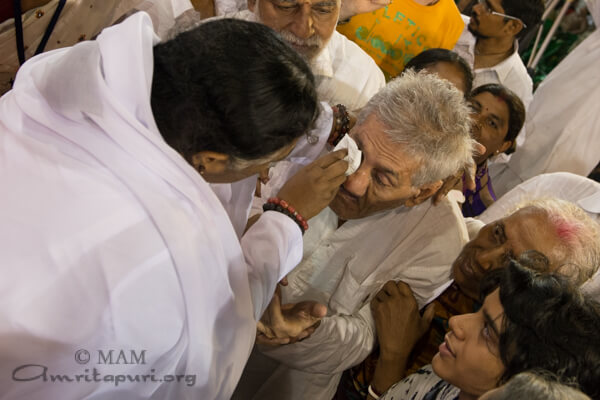 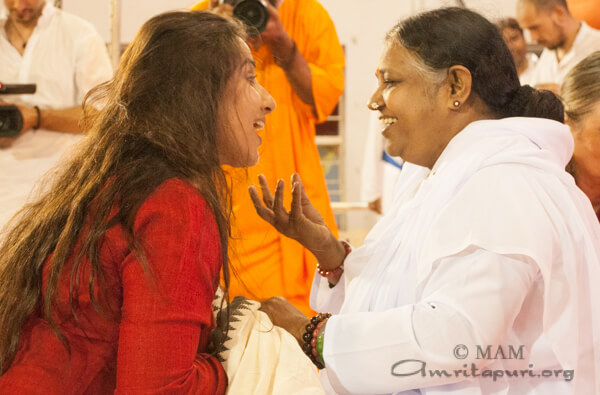 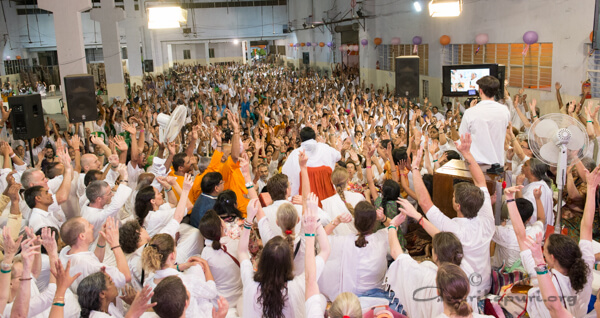 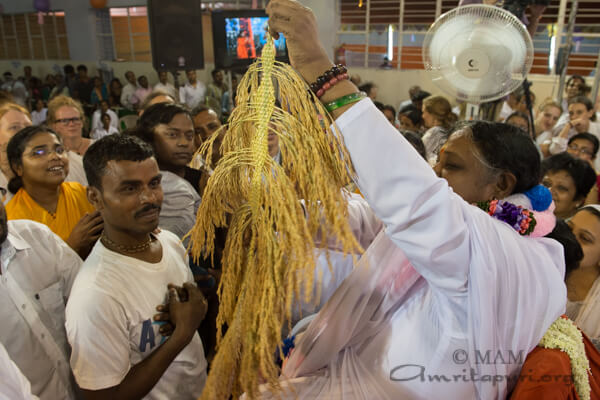 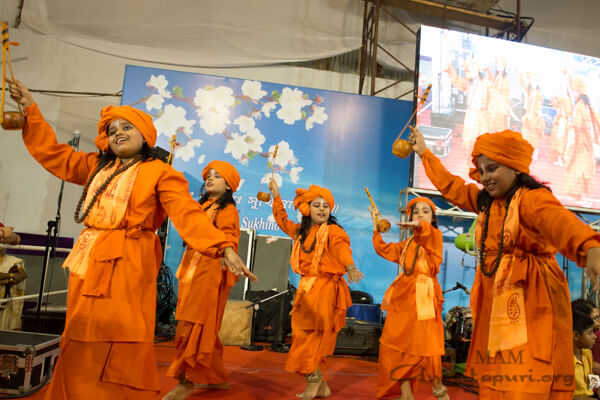 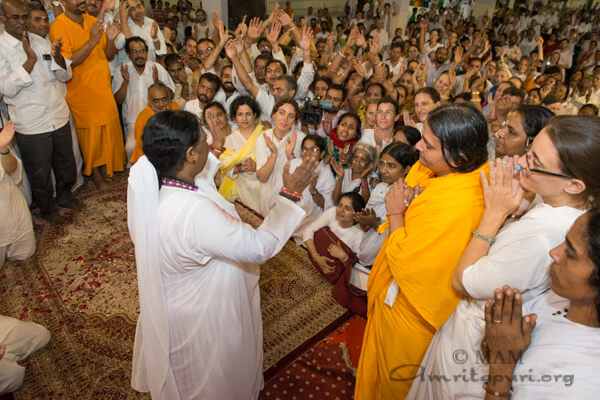