After a long drive from Amritapuri, Amma arrived in the early morning to the Bengaluru ashram. Even though it was nearly 3am there was still a large group of enthusiastic devotees, cheering and welcoming Amma upon her arrival with chants of ‘Mata Rani Ki.’ 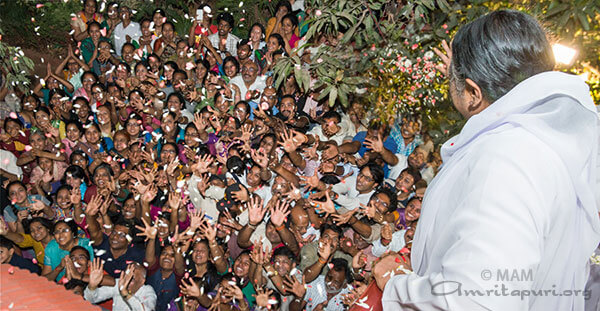 Over the next two days Amma conducted a Brahmasthanam festival, giving satsang, singing bhajans and leading all in guided meditation and manasa puja in Kannada, the local language. Amma also gave darshan all day till early the next morning on both days of programs.

There were several noted dignitaries who shared the dias with Amma on the occasion, including: SK Mukherjee, Chief Justice of the Karnataka High Court; HK Patil, Minsiter for Rural Development; and Santosh Hegde, Retd Supreme Court Judge and ex- Lokayuktha. Santosh Hegde expressed his appreciation of Amma’s commendable work in the education and the health sector. Addressing the gathering he said that Amma is not only a spiritual Guru but also a role model in serving the poor and needy. He told the audience that he felt blessed by meeting her. CN Balakrishna, MLA from Shravanbelagola who spoke was telling how Amma is like a light that has come to illuminate people’s lives.

During her own talk to the gathering, Amma said “This world is a priceless garden with which God has blessed humankind and other beings. He has provided all the required resources and wealth for all of us to live healthy, happy and peaceful lives. We, whom God blessed with discernment and knowledge, have to admit that we have betrayed God’s trust. Other species, despite lacking the discriminative power of humans, have remained rooted in dharma and have not ignored God’s instructions. Nevertheless, they are finding themselves the victims of human cruelty. “What possible change can my efforts make in this situation?” If we can light the lamp of faith and love in our hearts and walk forward together, then we definitely can bring about a change in society” 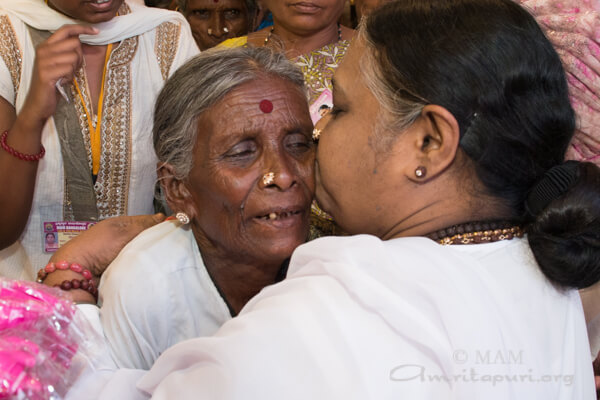 During darshan one girl asked Amma, “Sometimes people around me try to poison my mind. At such times, I doubt my devotion towards you, Amma. How to stay connected to you?”

Amma replied “Amma is not a person, but the principle. She is within you. Invoke that principle. Kaikeyi loved Rama so much, but a few minutes with Manthara spoiled her mind. Try to avoid bad company and be in good company always,” reminding her of the story from the Ramayana.

Amma added that, “If you draw a line and someone criticizes that it is small, then they should draw something bigger next to it to demonstrate their point. Loving Amma is showing compassion to all,” as the girl listened with awe and tear-filled eyes, feeling blessed.

At the end of darshan on the second night Amma sang a joyous bhajan ending the festival at 3.15 am. 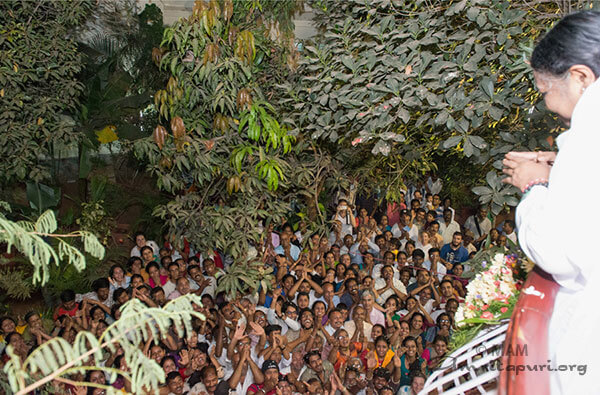 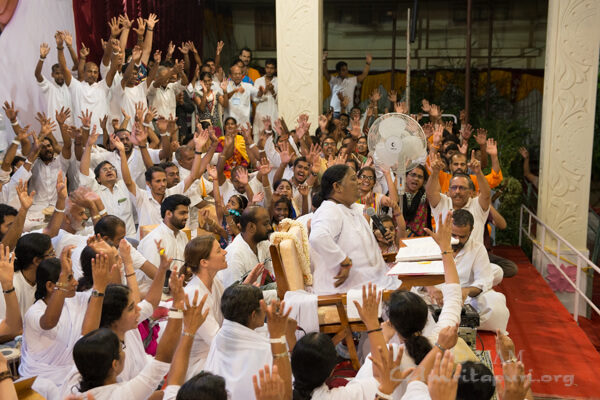 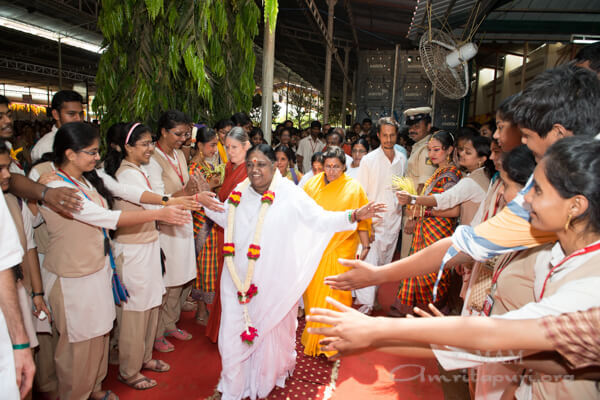 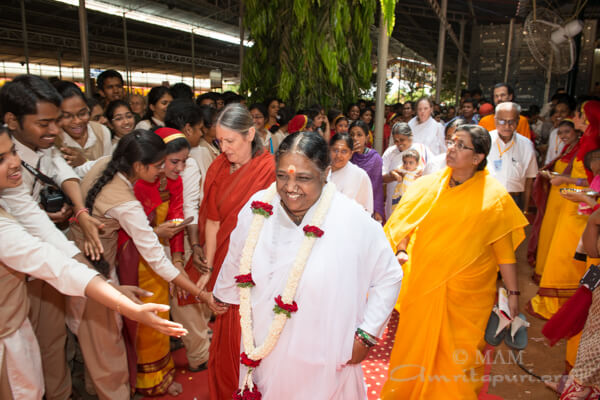 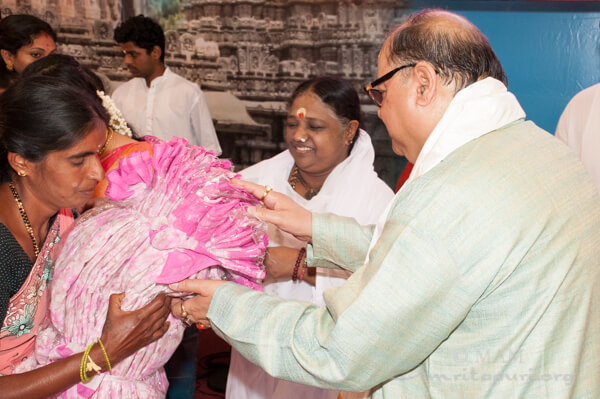 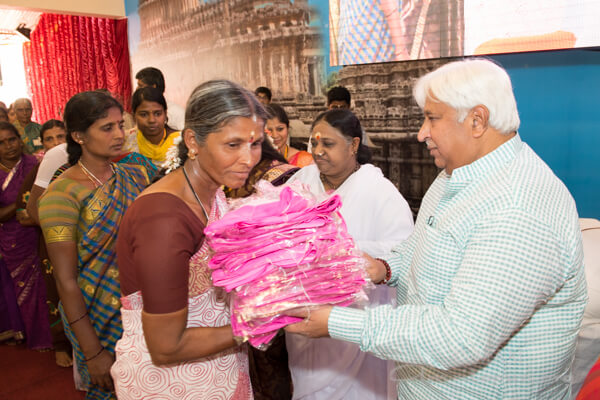 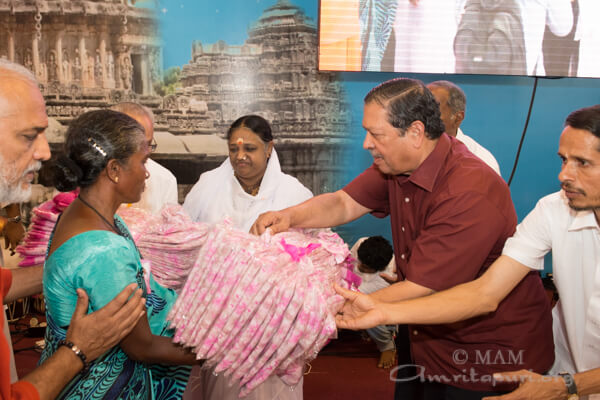 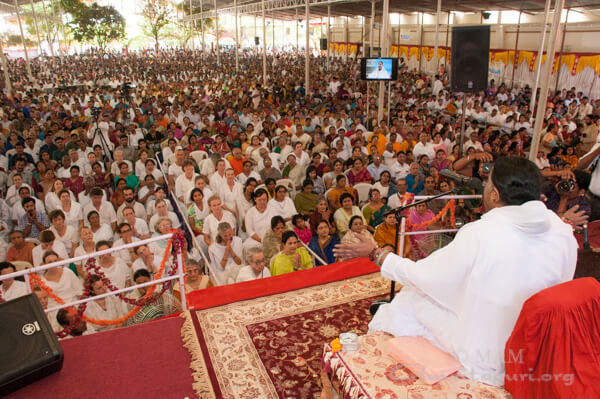 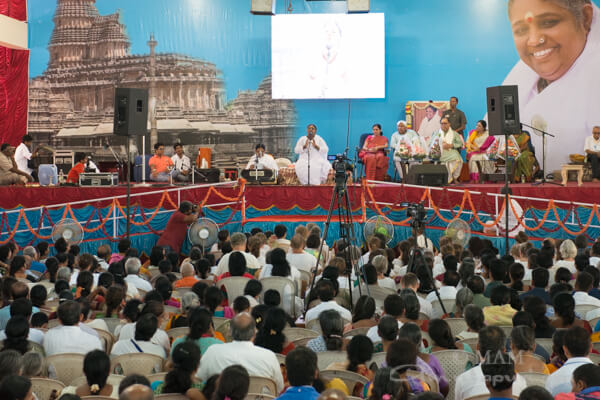 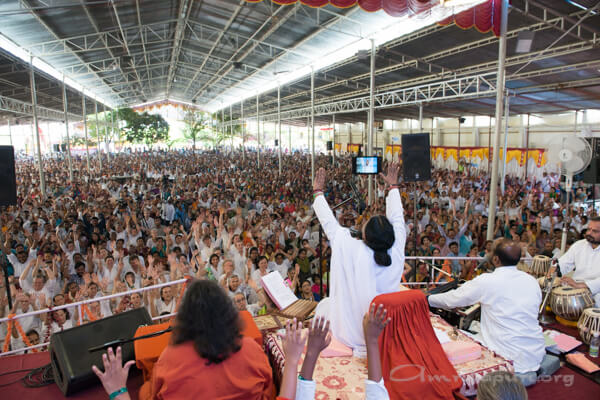 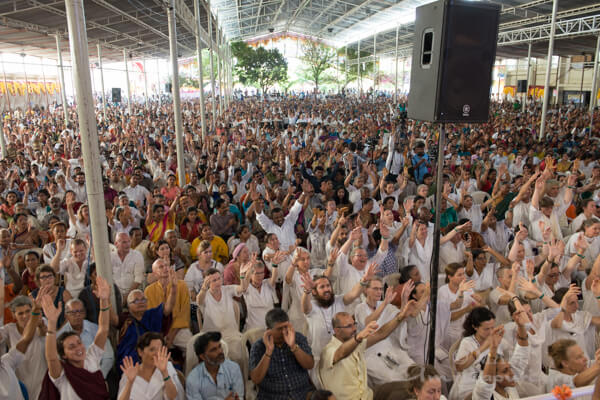 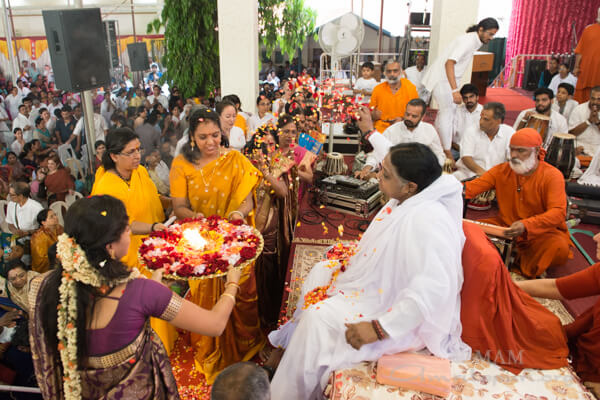 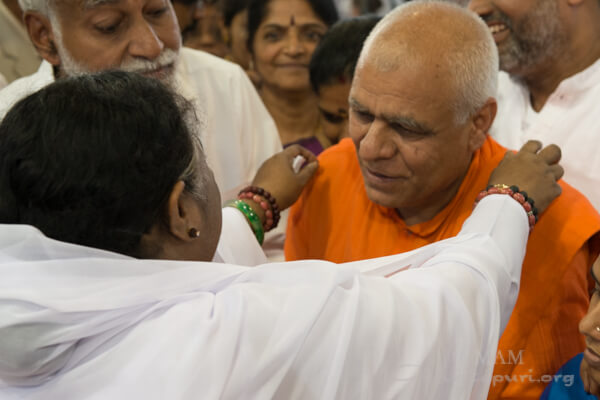 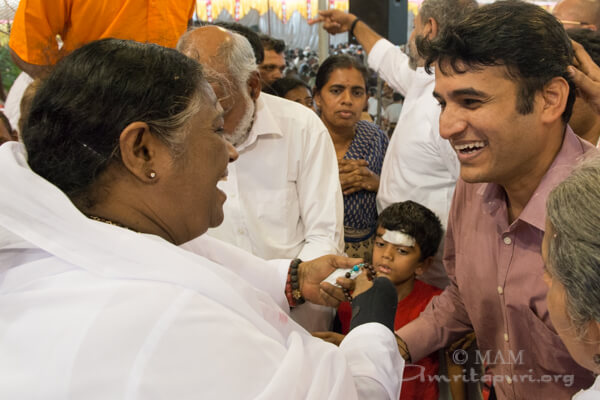 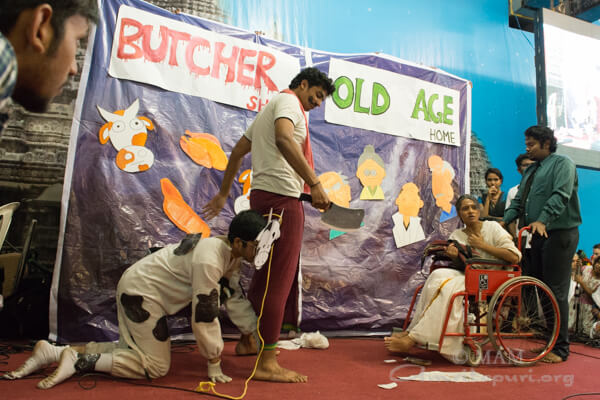 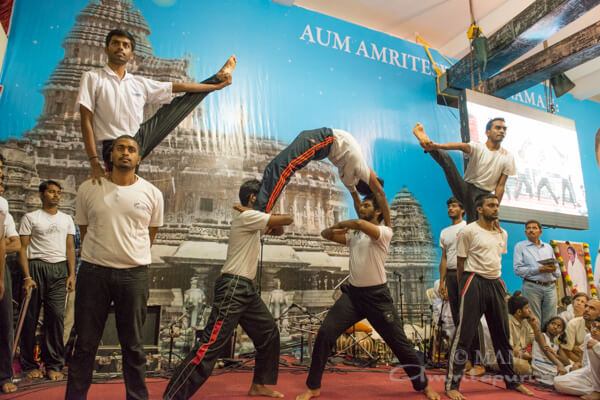