Immediately after her program ended in Madurai, Amma and the tour group travelled to the very southern tip of India and held an evening program at the Amrita Vidyalayam school grounds, in Kanyakumari. 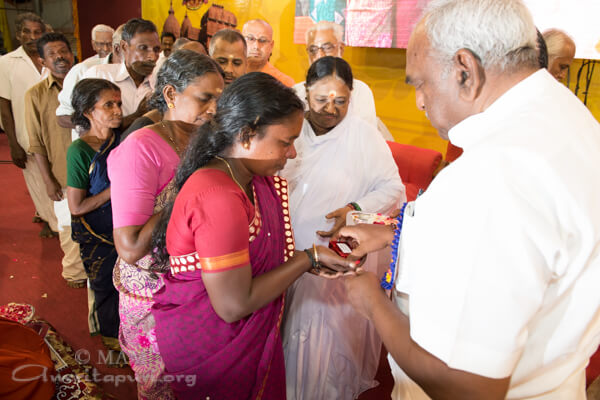 Swami Jagadeeswarananda gave a rousing speech, saying “Amma’s glance falls on all of us. This is possible only for all compassionate Mother. Amma watches every movement that we make…and we need to have this awareness! Nothing in this world is equivalent to Mother’s love. The status of Mother is so unique. The entire society may be inclined to bow down before a monk. For a monk, there is no need to bow down in front of his dad, but, even the monk needs to bow down before his mother. Such is the glory of Motherhood! Amma doesn’t enquire about religion, caste or language. She treats everybody alike. All of us are her children. We have done gained some punya from previous births and that is why we have the fortune of seeing Mother.“

During the program, Amma distributed keys of 10 newly built houses in this area as part of the Amritakuteeram project. The AmritaNidhi free pension scheme was extended to an additional 10 more local people. Shipping and Transport Minister Pon Radhakrishnan helped to distribute these pensions to the recipients. Speaking on the occasion he said, “Amma says that there should be perfection in every action. Amma said that before launching every charitable activity, she ensures that the help reaches the deserving people. If we become receptive for Amma’s grace, we too can become perfect beings.” 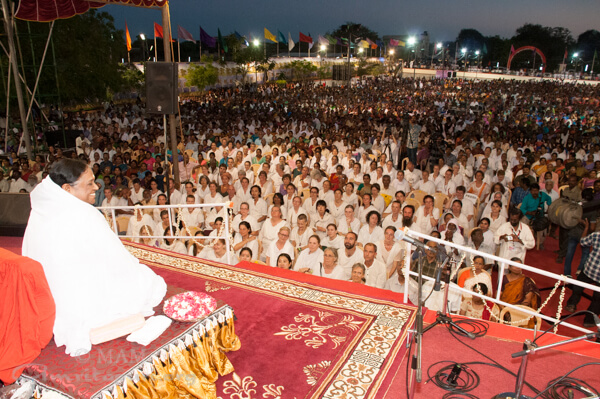 Amma told the devotees gathered ”If we have focus on the goal, patience will come naturally. For example, it is said that labour is one of the most intense forms of pain. Regardless, mothers are able to bear this pain for the sake of their child. Some even feel it to be a blissful experience. Many of us are similarly ready to patiently persevere for the sake of material rewards. It can be the same with our spiritual practices—focus on the goal gives rise to enthusiasm.”

All through the night, Amrita Vidyalayam school children presented different cultural programs as Amma gave Darshan. The huge crowd silently and patiently waited through the beautiful windy night for Amma’s Darshan which ended right at 10am the following morning. Amma and the tour group next travelled to Trivandrum for the final stop on the second leg of Bharata Yatra. 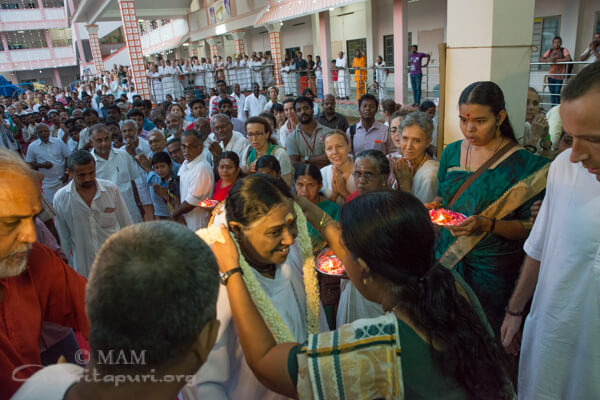 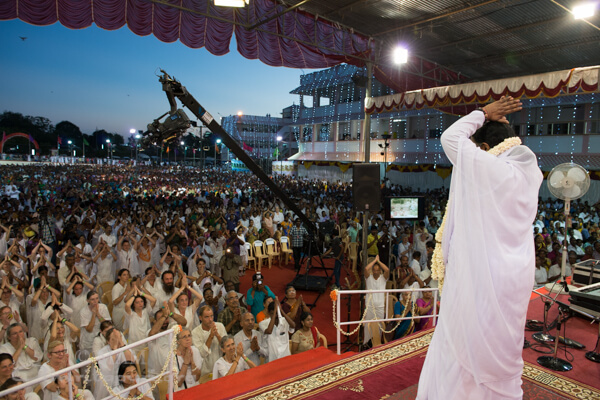 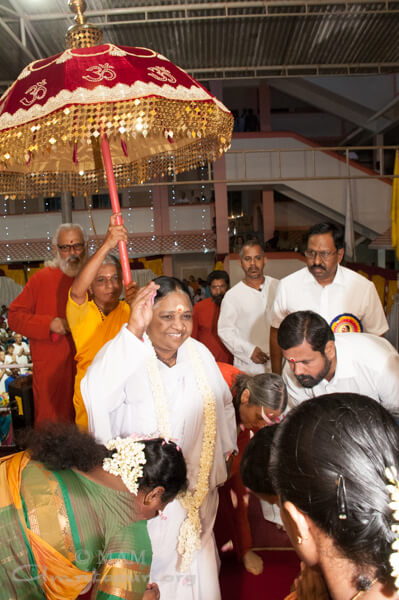 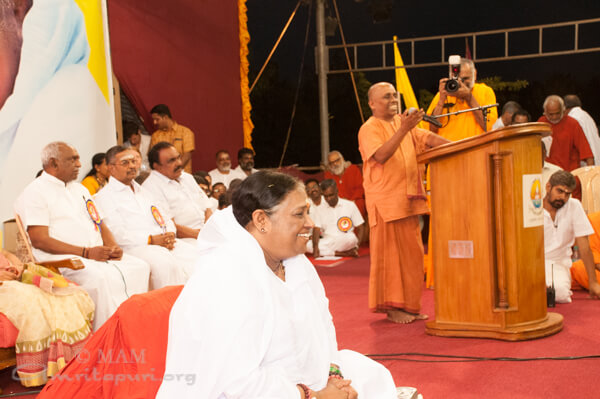 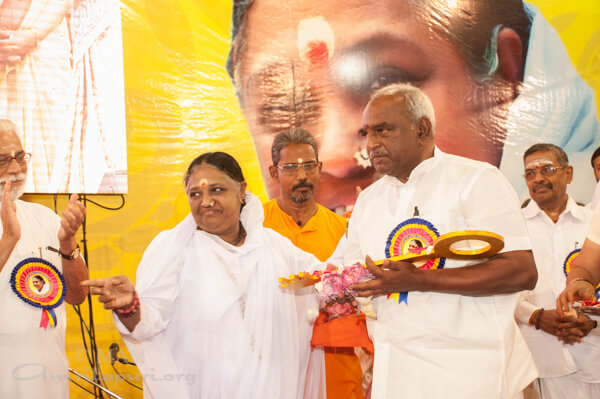 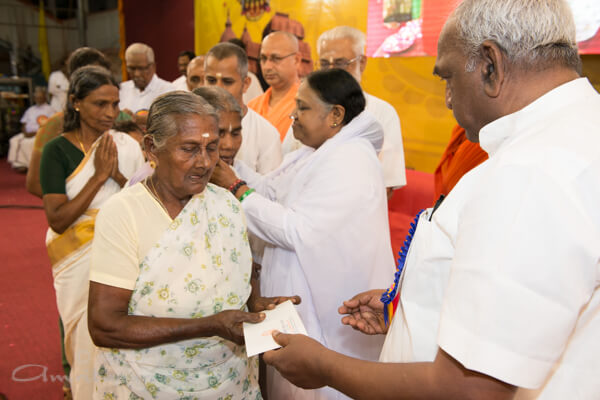 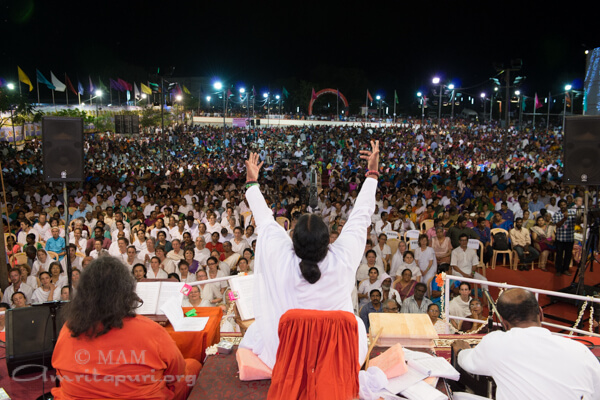 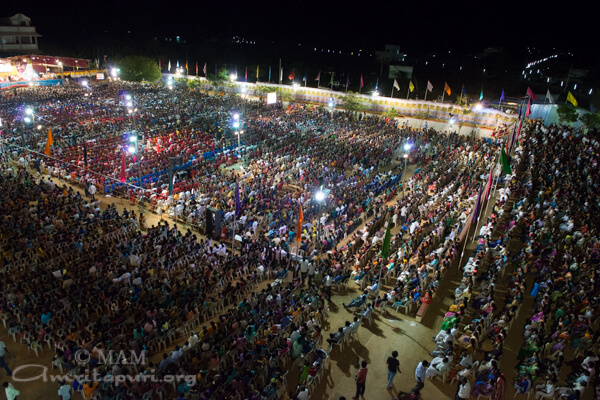 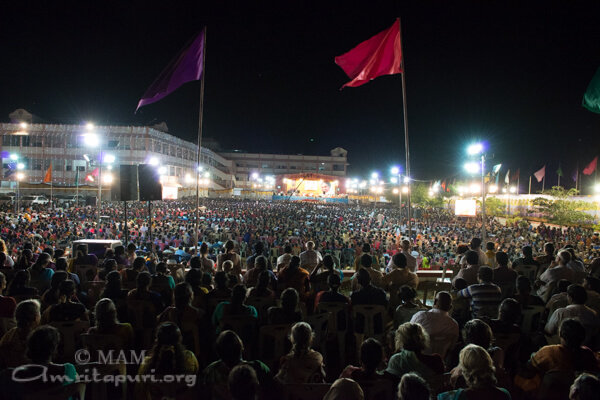 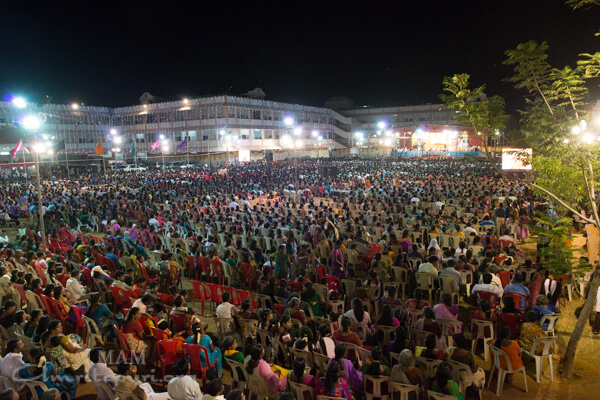 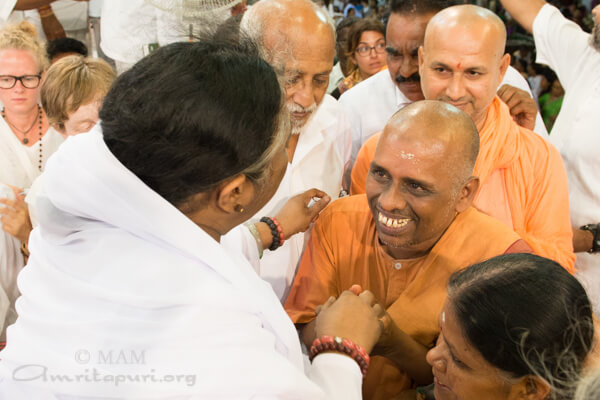 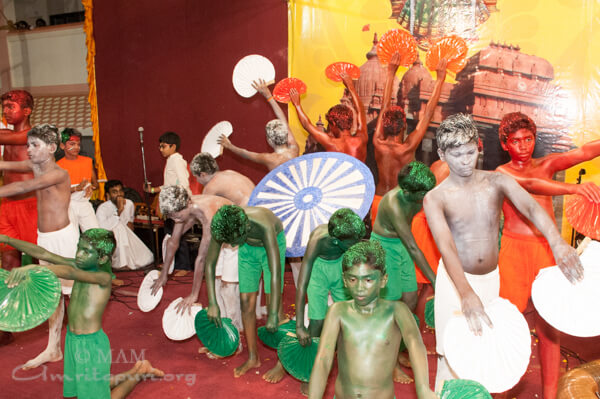