The traditional Indian festival of Navaratri was celebrated with a one-day retreat led by Swami Poornamritananda. 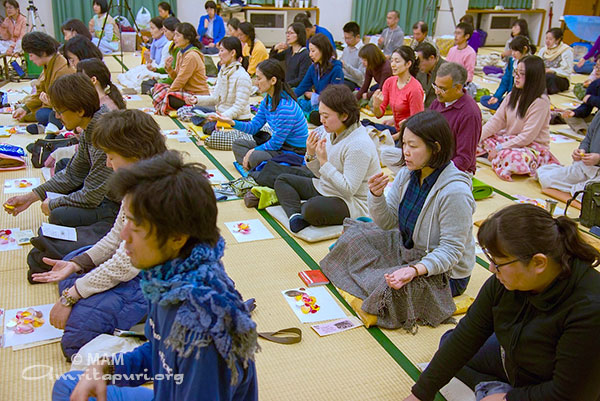 Just before the ceremony, participants offered various tools, equipment, and utensils in front of goddess Saraswati as part of Ayudha puja. In the morning, everyone participated in a Saraswati puja guided by Swamiji.
After the puja, adults and children alike celebrated Vijayadashami. Everybody became like small children while learning how to write ‘Hari Sri’ in Sanskrit letters. The focus and concentration was palpable as it seemed everyone forgot everything else. The hall was filled with pure energy and happy faces were everywhere. 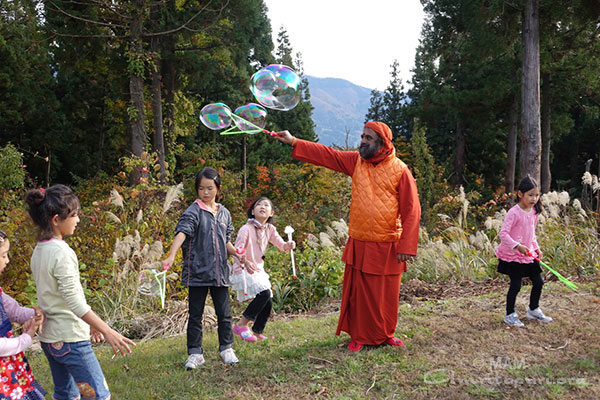 In the afternoon, there were culture programs including Indian dancing and singing. 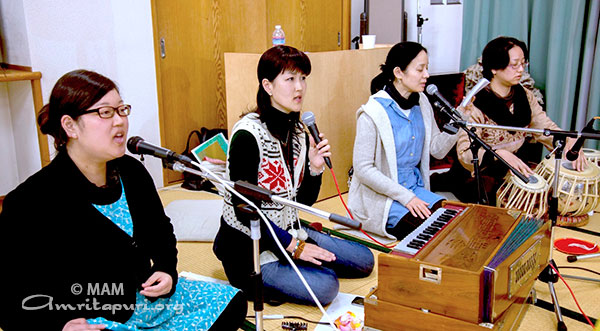 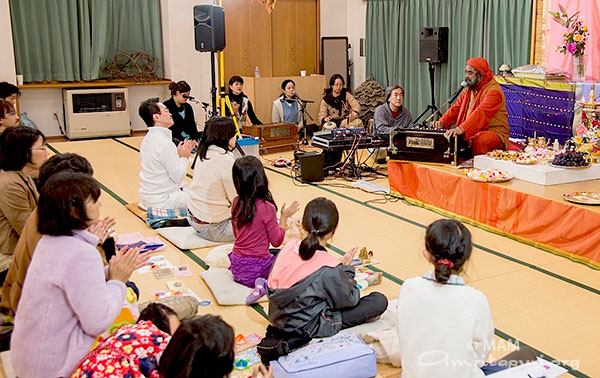 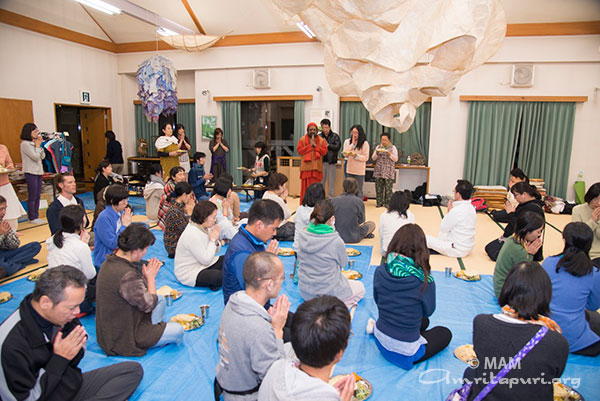 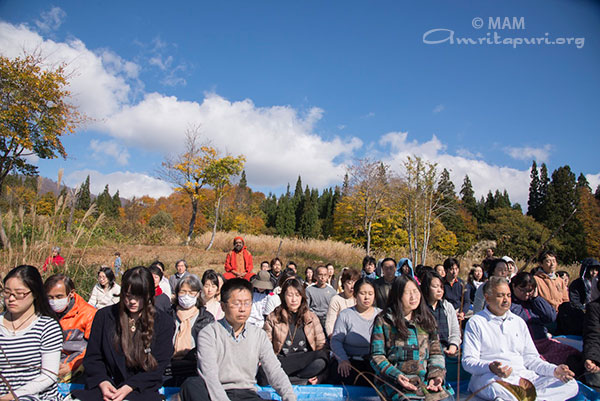 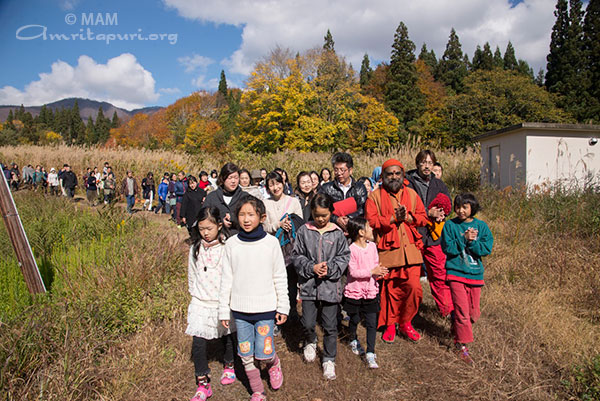 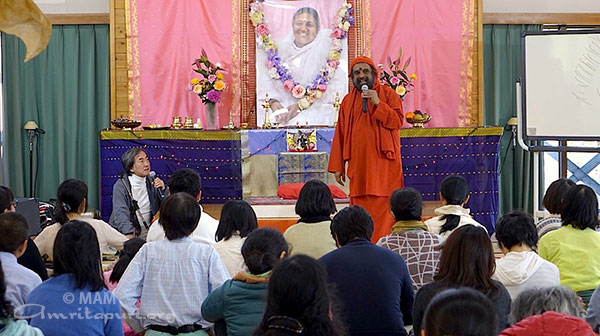 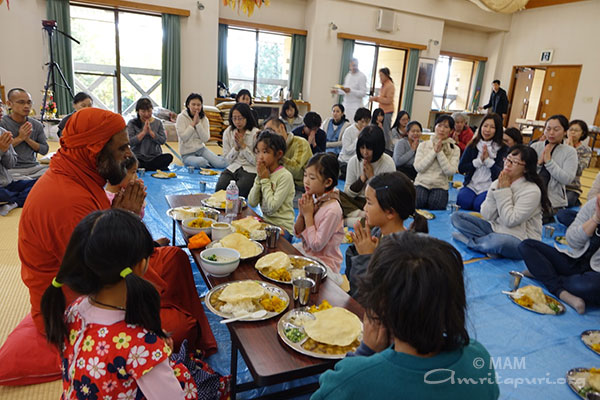