“Our villages, Our world: What can we offer”

It is generally seen that on birthdays the host gets a lot of presents and always awaits his/ her birthday. In the case of Amma it is always different; this is because Amma believes that there is no death nor birth, so there isn’t a point in celebrating her birthday. It was a difficult task for all the senior disciples of Amma to convince her to celebrate her birthday, this was on the condition that the occasion of her birthday would be used as an opportunity to help and serve the society without expecting anything in return. To my soul, this is a way by which one can learn to give more to the world than what they take from it. Swami Ramakrishnanda Puri, the Treasurer of Mata Amritanandamayi Math said the same while delivering the welcome address at ‘Transform India-Village Development International Summit’. He also quoted Amma on growth saying that a balanced and holistic approach on growth would be the apt motto for future and also emphasized on preserving the cultural ethos of India’s villages. 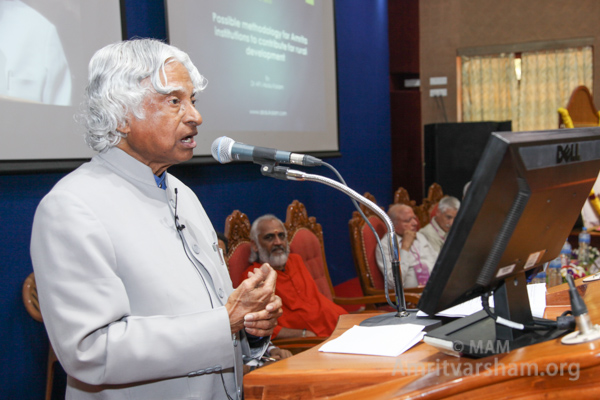 All are winners
The summit, organized as part of Amma’s 60th birthday celebrations saw numerous speakers sharing their expertise in various avenues of social work, child and women development, agriculture, education and technology. Dr. M. S Swaminathan, Father of the Green Revolution of India spoke on the recently introduced Food Security Bill by the Govt. of India. To our surprise we could see that Amma’s birthday coincided with the 60th anniversary of the DNA double helix model as well.

Mr. Swaminathan insisted on Sarvodaya meaning all are winners, and no one being a loser. Such a business model would be a strong initiative for the country. Talking on the village adoption, Swaminathan said that one should look at replicating the same project would enhance quality and also self replication and re-combination and mutation should be practiced in all successful business models. 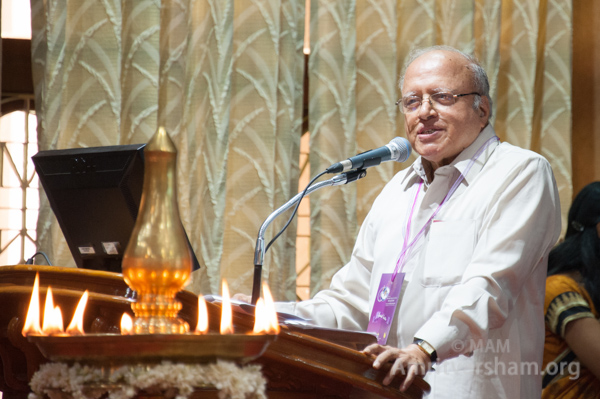 Cut down traffic on highways
Halls were packed when the former President of India, APJ Abdul Kalam started talking to the conference delegates. Kalam has this special ability to attract the audiences, especially youth with his young and appealing voice, Kalam said he was overwhelmed by the research done by the students and staff of Amrita University. He admitted to being especially impressed by Amrita Mitra- a device that would help in safety of women and also the wireless ECG monitor. Kalam in his speech brought about many positive initiatives that would help the young minds of the country.

Kalam also spoke on the challenges faced by the country such as poverty, illiteracy, water contamination, poor healthcare and living conditions. The right way to improve the conditions of the villages was to look forward for a sustainable development programme. The former President provided a master plan for the state of Kerala where the state could possible construct a National Waterway from Trivandrum to Kasargod spanning 650 Kilometers. This would help cut down traffic on Highways and also reduce pollution to a very large extent. 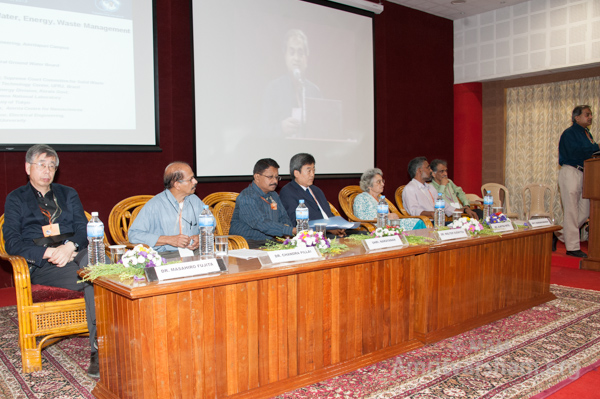 Shanti Nair, Dean of Research, Amrita University spoke on the use of Nanotechnology in all technical utilities, he said that advanced technology need not mean higher costs, he stressed in diminishing the use of fossil fuels .

Recycling electronic items
Masahiro Fujita from the University of Tokyo talked on wastage of electronic items and how recycling can be done efficiently, he suggested that India should develop strategies like the LEGO model which has been a huge success. 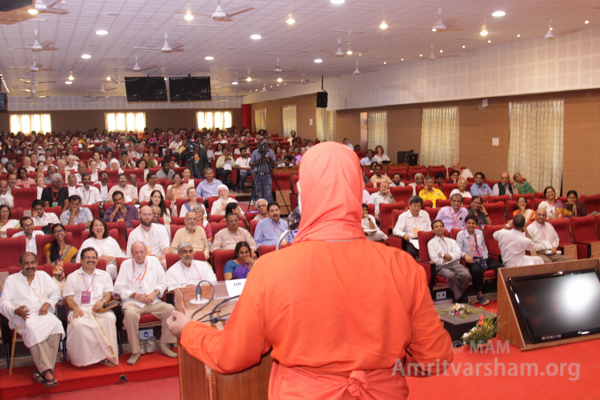 Two percent for social cause
Most panel discussions also elicited lively interactions from the audience. One of the bolder questions was when a student from Amrita Unversity posed to Dr. Kalam. He asked if small institutionssuch as Amrita can adopt 101 villages why don’t the IIT’s and other premier institutions in the country do the same. Dr. Kalam responded saying that recently the government had introduced a bill where any institute or industry would use 2 percent of their budget for some socially responsible activities.