Amma has made Her way into yet another Finnish school textbook, this time for students in senior high school [pre-university in India].

The Ark of Finnish Religion features under a section entitled “Religious Diversity,” a photo of Amma giving darshan, is a short description of Amma’s visits to Finland since 1998, the year the Amma Center of Finland started. It also states, “Followers regard Amma as the embodiment or the incarnation of Divine Love…. Amma is a charismatic spiritual leader whose mere presence and personality make a deep impact on many people.”

These references to Amma are expected to evoke greater interest in the Finnish people, especially the youth. The Finnish press and television gave Amma’s recent visit to Finland prominent coverage. Promiment personalities, including a minister, also attended Amma’s programmes. 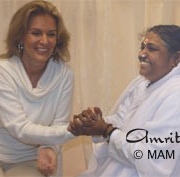 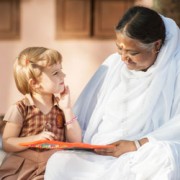 Knowledge is within; Education must transform you 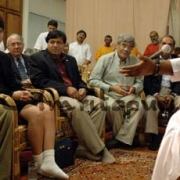 Helping the students to fully blossom 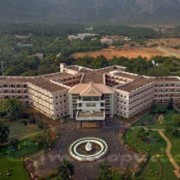 Clicking their way to a brighter future

Amrita University ranked among the top 200 universities in BRICS

The Kumbha Mela of the South

No one But You
Scroll to top