On December 6th, at the Bangalore INDIA NANO 2014, Professor Shantikumar Nair, Dean of Research at Amrita Vishwa Vidyapeetham, was bestowed the C N R Rao India Nanoscience Award. The award is given to one scientist each year for outstanding contributions in nanotechnology research and development in India. 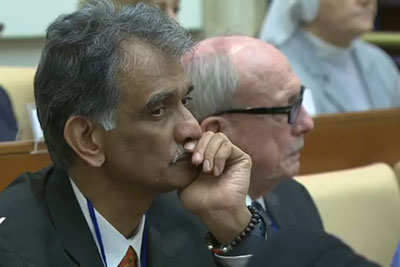 In a packed auditorium attended by the leaders in Nanotechnology in India, Prof. Nair accepted the award: “I do not see this award as an award to me personally, but an award to the Amrita Centre for Nanosciences and Molecular Medicine. We are really a team there. We have medical doctors, physicists, chemists, materials scientists and molecular biologists, all outstanding faculties whose hard work and brilliance are also behind this award. On a personal note I would like to offer my infinite gratitude to my inspiration and guide, Sri Mata Amritanandamayi Devi, internationally renowned humanitarian leader, the founder of our institute, without whose Grace this institution would never have been established and without whose Grace I would not be standing here in front of you with the accomplishments that we are being today recognized for. Thank you.”

In the last eight years Amrita Centre for Nanosciences and Molecular Medicine has created a national and international impact with cutting-edge research in nanotechnology. 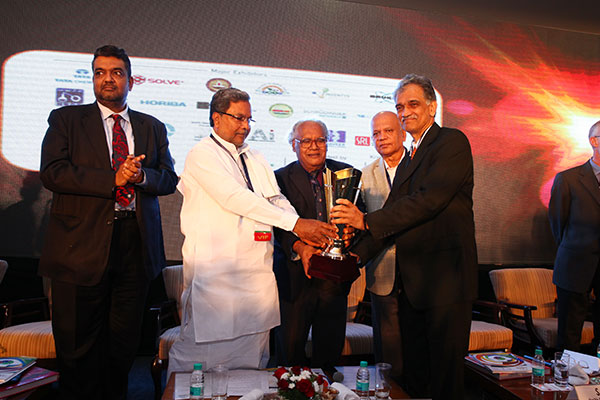 In 2006 the Centre was awarded a major grant from the nanomission of the Department of Science and Technology, the government of India, for research in “Tissue Engineering and Stem Cell Research using Nano materials.” This award enabled the Centre to publish over 200 research publications in international journals, and incubated promising technologies that could be implemented in the biomedical field. In recognition of these innovations, the Centre was awarded a Thematic Unit of Excellence (TUE) Status, one of only ten in the country and the only one in the Biomedical area.

The Centre has also made a strong advances in the area of energy conversion and storage using nanomaterials.