Integrated Amrita Meditation Technique (IAM Technique) courses were held for prisoners serving sentences at the Direzione Casa Cirdondariale du Udine, a penitentiary for men in Udine, Friuli Venezia Giulia, Italy. A total of 14 inmates, ages 30 to 60, participated in the sessions, which were voluntary. 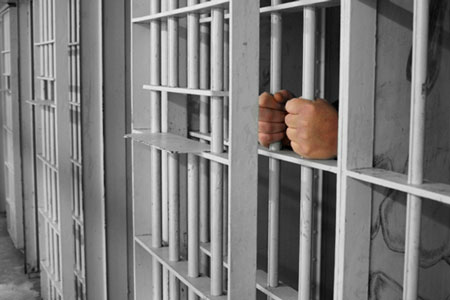 “At first they were very skeptical about the claims we made about IAM’s power to relax the mind and other positive techniques. Yet, by the end of the course, they were amazed and admitted that they did indeed feel peace and relaxation,” said Marina Ghezzi, one of the instructors.

Tiziano Pilosio , one of the devotees who helped coordinate the classes, said, “When we entered the institute, I did not feel at ease. To get to the room where the course was being held, we had to go through a series of security doors and then through a long corridor. The environment seemed hostile. However, as soon as the course began I was surprised to find that my discomfort was gradually fading, giving way to more pleasant feelings. I could even sense an atmosphere of peace and serenity.”

Tiziano said he was deeply moved by the number of questions about the positive effects of meditation the inmates asked to the instructors.

One inmate said, “This kind of teaching should begin with children. If I had learned this technique as a kid I would not have ended up here.”

Another inmate said, “For 20 years I was addicted to drugs. Today I’ve discovered the pleasure of meditation and relaxation. I think that, from now on, I’ll get addicted to meditation.”

“I was also struck by the fact that two inmates who had taken part in the first course asked to be admitted also into the second course, in the afternoon,” said Tiziano.

Ghezzi was impressed by the genuine interest demonstrated by the prisoners as well as by the dialogue that developed during the course. She said, “The message inherent in the technique has triggered sincere and heartfelt reflections about the motivations that drive us to act in life. We have spoken openly and without hesitation about the reasons why human beings commit harmful actions toward themselves and others. We have touched on some important topics, such as the need to show off, to appear, to have a lot of money, to get revenge, etc. The topics we dealt with have naturally led the participants to recognise that neither money nor cars, nor indeed anything else can give human beings true peace and happiness. We all agreed that we can find true happiness within us. The sharing of this belief has contributed to create harmony during the course and provided the basis from which to learn and then practice the technique.”

At the end of the course some inmates expressed a desire to deepen their knowledge of the teaching received. As a result, the volunteers are donating some books dealing with the subject to the library of the prison

Future classes for inmates, as well as classes for prison staff are in the process of being planned.
– Das