Amma returned to central Europe after her short trip to the Scandinavian country of Finland for the next stop Amsterdam, Holland.

A large crowd gathered to welcome Amma to the city, as she greeted everyone with high fives. 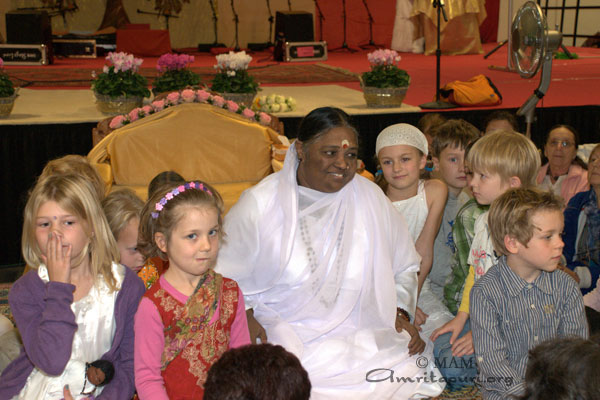 Renowned computer scientist, Andrew Tannenbaum, the father of operating systems, came to meet Amma, and shared how he was amazed at Amma’s ability to be able to take care of so many projects and at the same time spend, despite the fact that she spends all day meeting people for darshan.