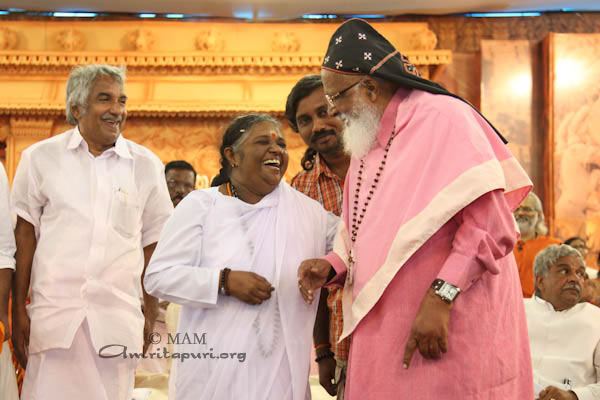 Speaking after the inauguration Bishop Mar Chrysostem commented that Amma has done 100 years of work in her 57 years, and that she was a divine being, a goddess. “There is a book in English—’Small is beautiful.’ Amma, too, can similarly be considered as one who turns the ordinary into something extraordinary. She has, in her grasp, all the wisdom needed to make an ordinary person extraordinary.”

In his humorous speech, the bishop noted that Amma was not like him. “People like us just talk. Amma does more than she talks.” He said that he has one request for Amma: she should change the location of her ashram every six months; then, the whole of Kerala will become developed. “To those who say that society is declining, what I have to say is that if Amma did not exist, society itself would disappear!”