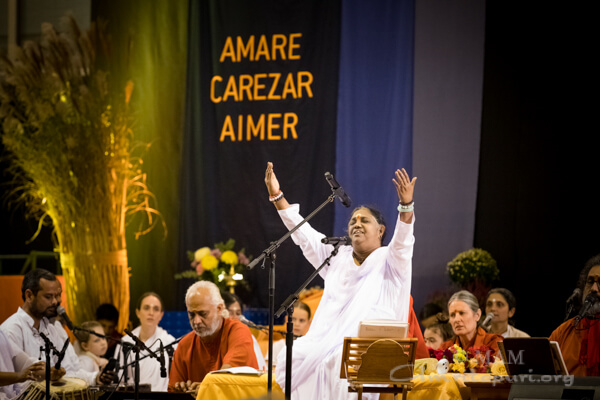 India’s Ambassador to Switzerland Smitha Purushottam pointed out the underlying principle that allows of this meeting of cultures to unfold: “I am deeply touched and moved by Amma’s work, her spirituality, her ability to bring all of you together, people from different nationalities, different parts of the world, and different religions also. Amma told me just now that the core of every religion is love, and I think that’s the most profound thing I’ve heard in a long time.”

The Ambassador was on hand for the formal program in which she and the renowned Swiss actress Ruth-Maria Kubitschek welcomed Amma to Switzerland. Ms. Kubitschek remarked, “We have forgotten that God resides within us, and Amma reminds us of our potential. Everyone can make a difference in the world today. We are not weak. And Amma is a great role model for all of us. Let us feel very happy and blessed that we can meet such a great soul today, and that she holds us close to her big heart. This really moves me deeply. Amma, I thank you for being here, for your spirituality, and for your great work. Thank you.” 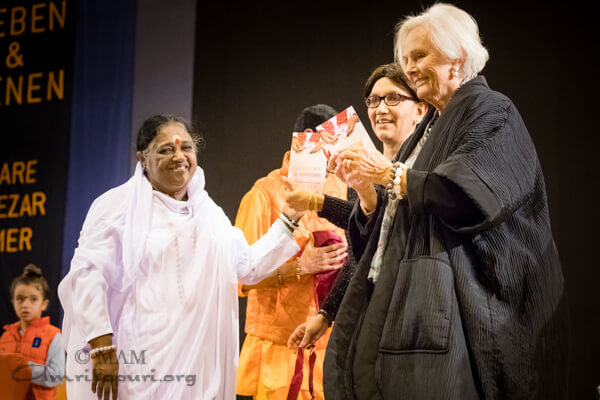 The celebration of and union of cultural heritage was best illustrated by the sounds of the program – as Amma went on embracing people, in between the bhajans sung by the swamis and local devotees, there were offerings of the traditional Swiss Alphorn – a long wind instrument used to communicate from alp to alp. Then men with heavy bells came into the hall. The archaic harmony of the bells lured many guests into the hall. In the longest night of the year they were used to drive out the evil spirits. This was followed by traditional yodelers, practicing an original style from the Central Switzerland called juuzen. The origin of the Juuz can be found in the open countryside, while working in the alps. These sounds were so unique and striking that we felt that beyond mere description, they must be shared. As you review the slideshow below, we invite you to listen to the sounds of Switzerland and allow yourself to be transported those precious moments with Amma in Winterthur. 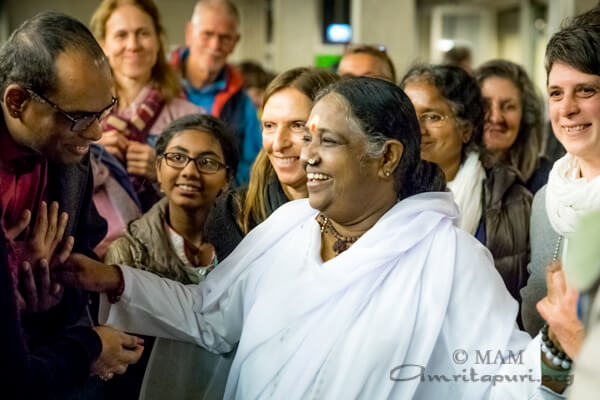 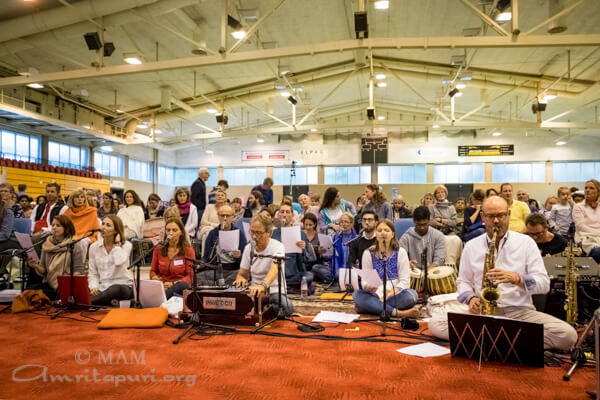 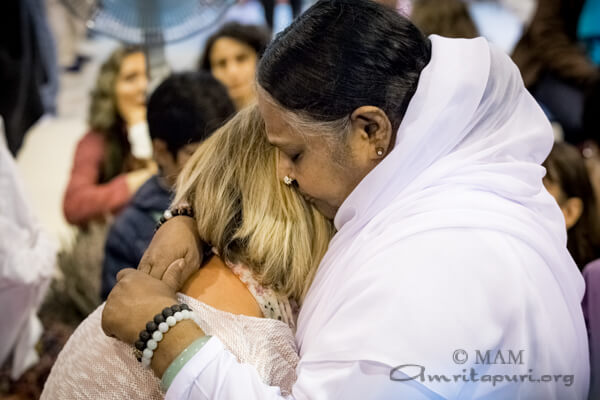 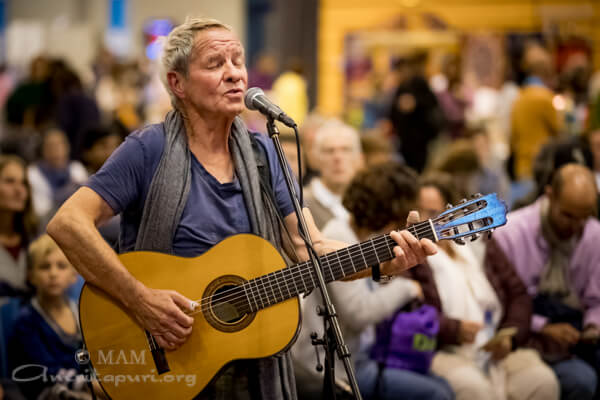 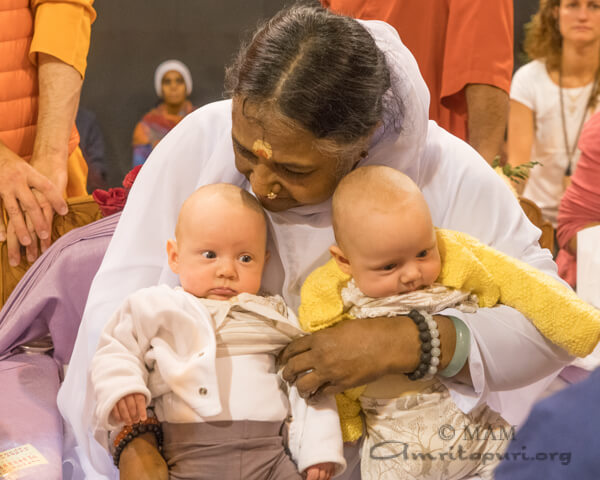 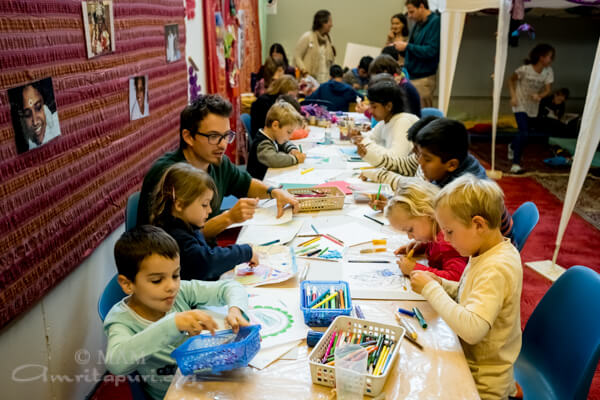 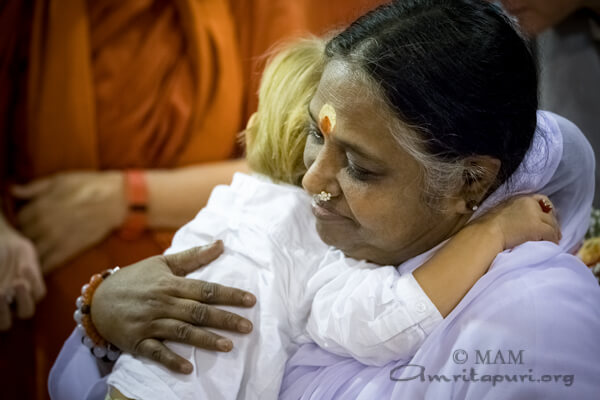 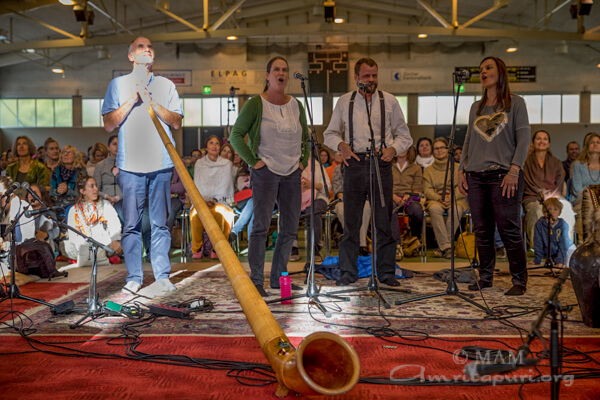