As every year, Amma’s birthday was a day of giving. The Hon. Prime Minister of India, Sri. Narendra Modi, who participated in Amma’s birthday celebrations via video conference, announced the Mata Amritanandamayi Math’s completion of 2,000 toilets for the poor in Kerala, as part of a Rs. 100-crore pledge to build 15,000 toilets to help end open defecation throughout India. {news} 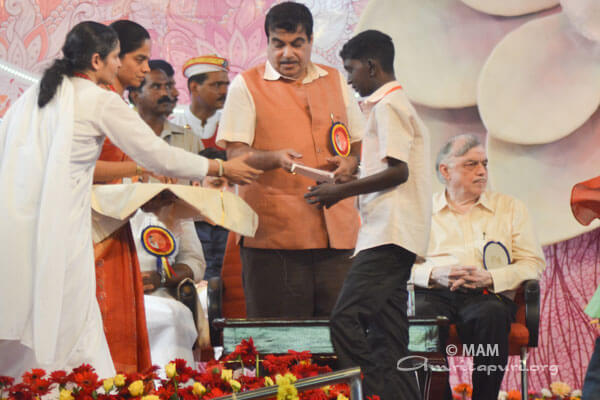 On the occasion of Amma’s 63rd, birthday, with the help of various cabinet ministers, religious figures and other dignitaries gracing the dais, the Mata Amritanandamayi Math  (MAM) also presented:

* Provision of clean drinking water to all residents of 5 rural villages as part of the Amrita SeRVe 101 village project: Ratnapur and Bhojpur in Bihar; Danda and Uttarakashi in Uttarakhand; and Gudipavacheru in Guntur, Andhra Pradesh.

* Development and deployment of a method for sustainable income via a solar-thermal-based lemon-grass distillation unit for women in Mothakkara Village, Wayanad, Kerala.

* 100 newly constructed houses for the poor throughout Kerala

* 400,000 saris to women who are beneficiaries of various humanitarian initiatives of MAM 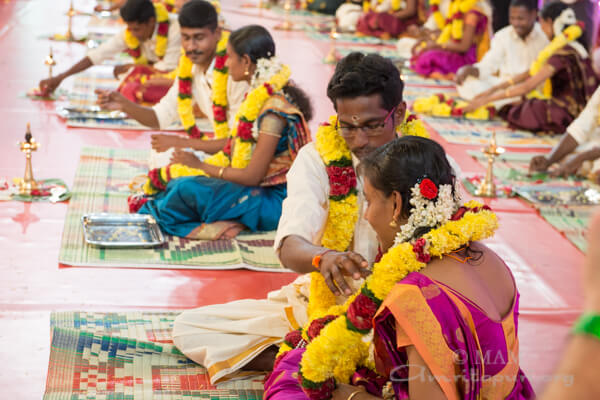 * Amma initiated weddings for 54 couples who could not afford to otherwise be married. MAM provided all the saris, dhotis, gold jewelry and feast required for a traditional wedding. 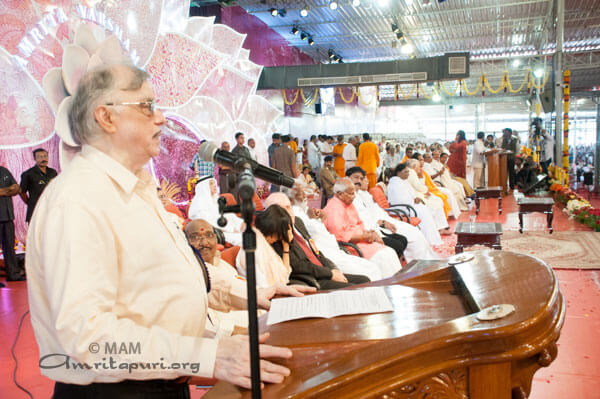 Then, Amma began to do what she does every day of her life – embrace people, one by one, for as long as it takes. In this case, it took until 10:30 am the following day, when Amma finally left the stage, 25 hours after she had arrived, her eyes and smile as bright as they were when she had arrived. Though the Amritavarsham celebrations had come to an end, they will continue in the hearts of Amma’s children forever. 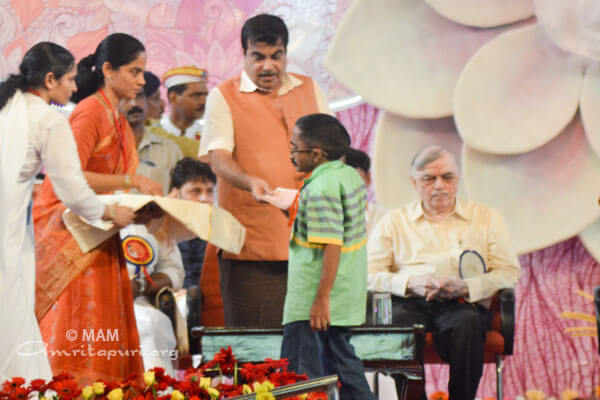 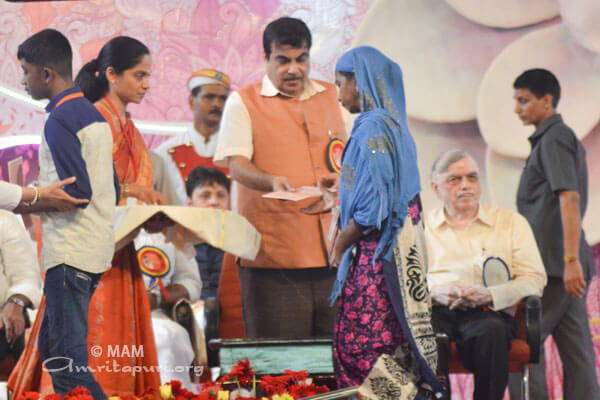 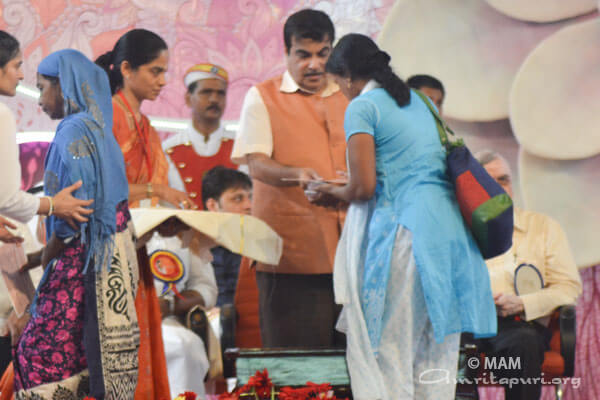 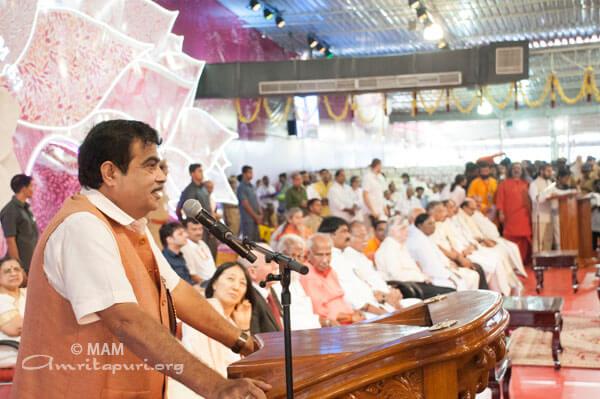 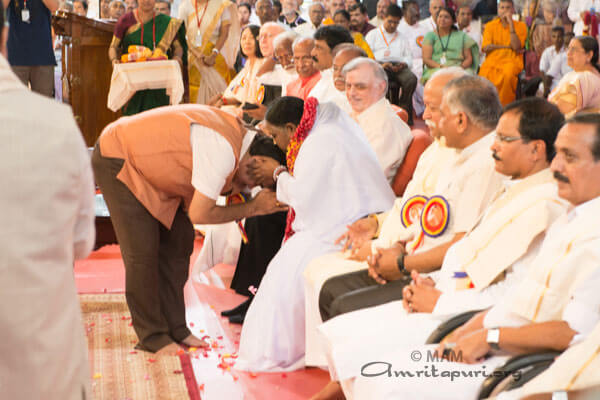 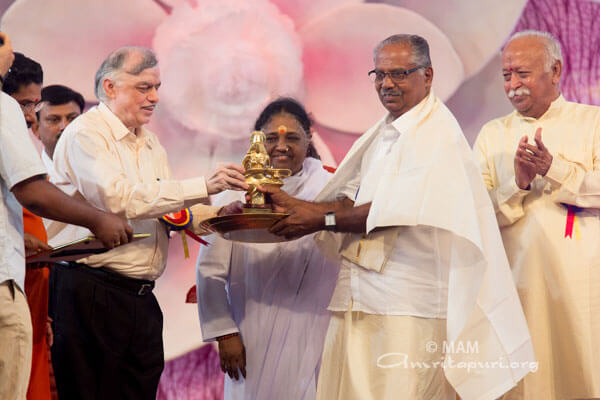 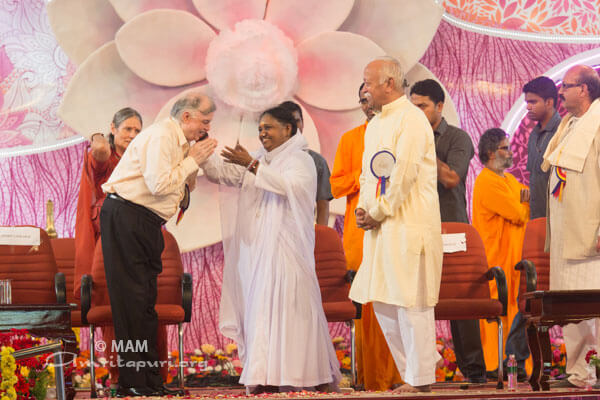 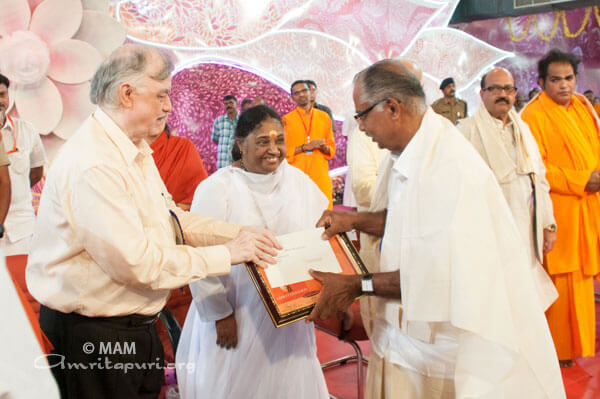 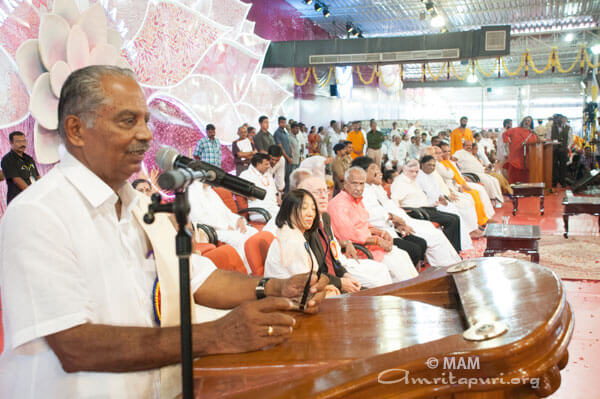 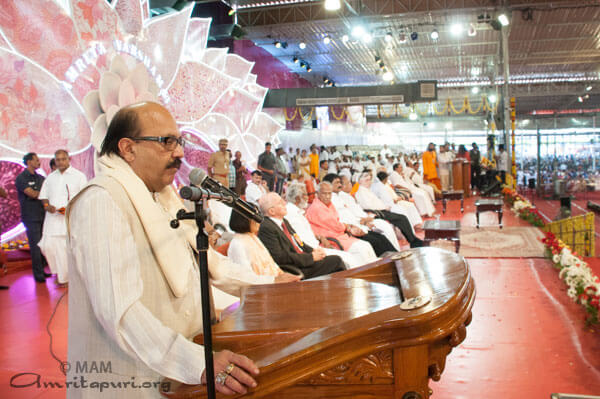 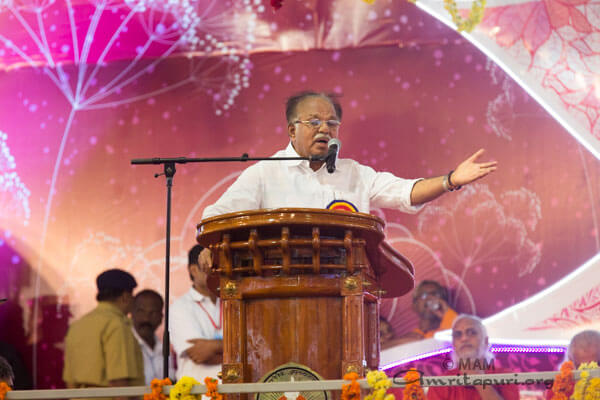 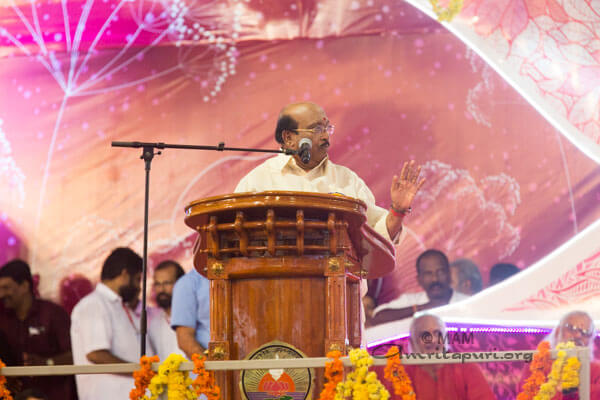 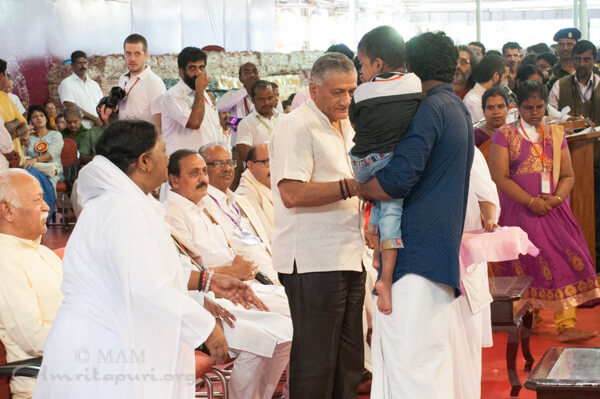 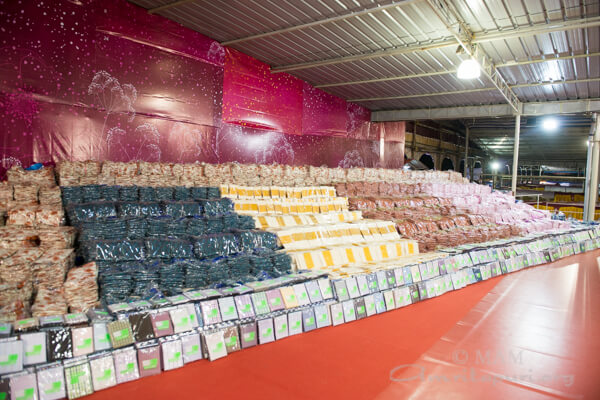 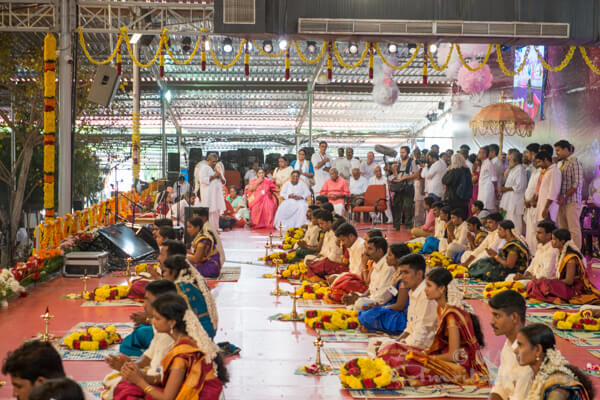 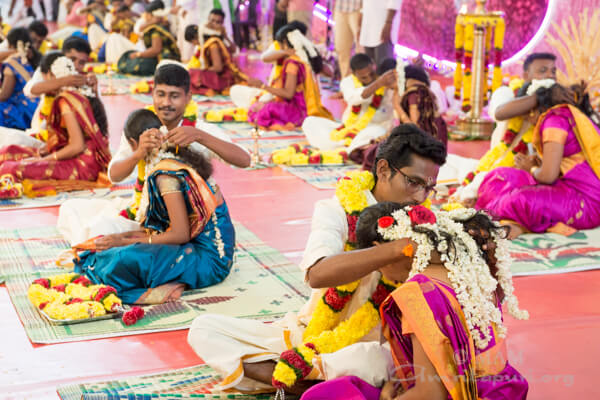 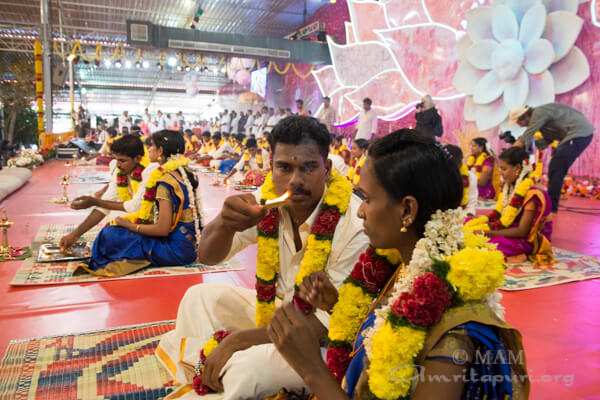