With utmost love and yearning for Her presence, devotees awaited Her arrival at the ashram with great fanfare while chanting “Om Amriteshwariye Namah.” Seeing Her entering the ashram filled our hearts with contentment after years of waiting had came to an end when she arrived in Mauritius on the 24th of April. 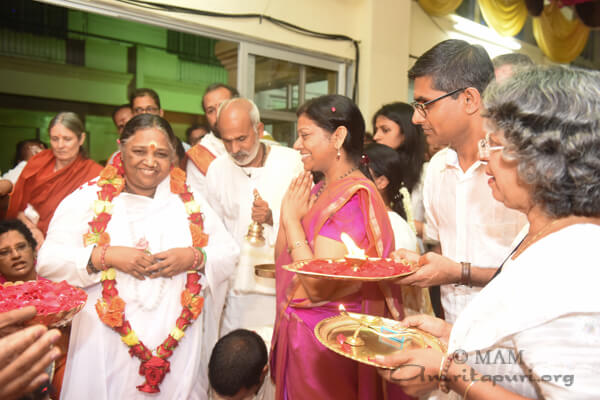 As she walked to the stage, Amma acknowledged each and everyone. Her presence filled the ashram with divine energy. Amma then sang a few bhajans and distributed prasad dinner to everyone.

Amma also received a warm welcome back to Mauritius by different dignitaries. Amongst them were Vice President of the Republic of Mauritius, His Excellency, Mr. Paramasivum Pillay Vyapoory, and the Right Honorable Lady, Mrs. Sarojini Jugnauth, spouse of the Prime Minister. Several other dignitaries were there to welcome Amma.

Amma’s arrival signaled the launch of several new humanitarian initiatives. Over the past few years, the Amma Centre in Mauritius has been providing a monthly ration to many households experiencing financial difficulties. During Amma’s visit, the numbers of beneficiaries was extended to 60 additional families who received their first monthly ration and blessings from Amma.

Saplings were also distributed to devotees to encourage them to take care of Mother Nature. 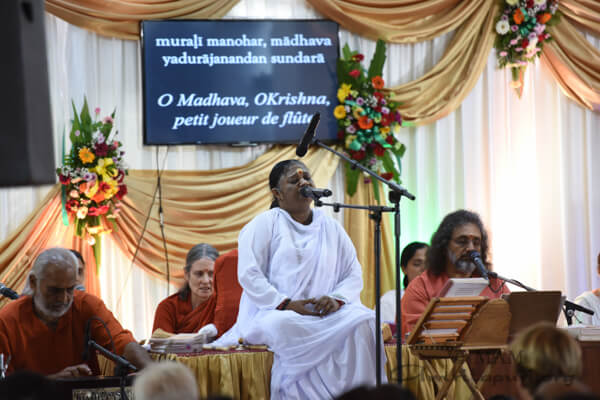 The two-day program consisted of Amma’s satsang, bhajans and darshan. Each and every person who came to the program benefited from Amma’s wisdom, compassion and love. Amma’s discourses in Malayalam were translated into French and Creole. During Her talk, Amma emphasized on the importance of protecting Mother Nature and the benefits of cultivating our own vegetables. Amma said that each and everyone have a responsibility towards the environment and we should take a vow to plant trees each year. She talked about the loss of values throughout the world and how technologies are being misused. Nowadays there is less concern for elders in society. Amma emphasized that meditation, spiritual practices, and selfless service should be part of our daily activities.

This year, Amma’s children from Mauritius composed a local song dedicated to Amma: “Nou Mama Amma. prends dans to lebras, donne nou beaucoup couraze, donne nou to la lumiere Amma” (Our mother Amma,.. take us in your arms,.. give us lots of courage,.. shower your light upon us).

Just before leaving the stage, Amma danced to the traditional Baduga dance. Everyone rejoiced and was elated in that wonderful atmosphere. 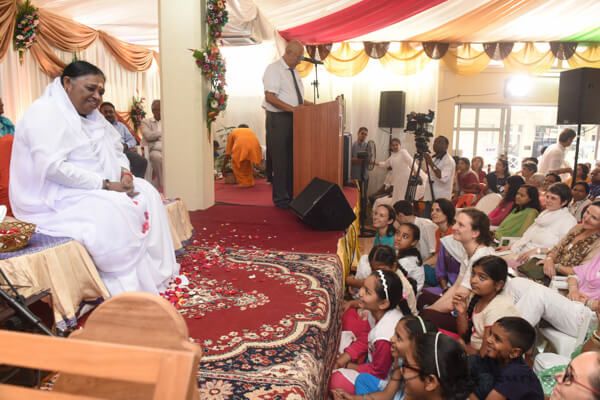 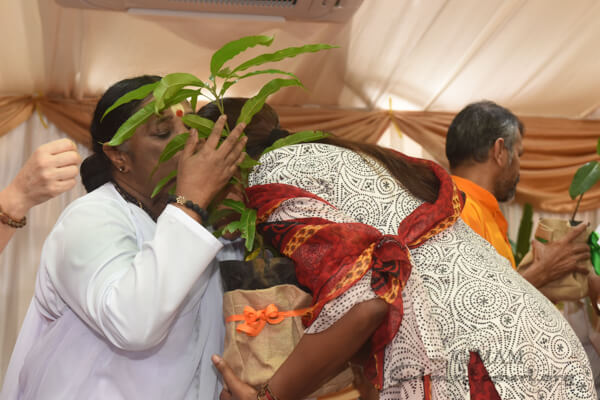 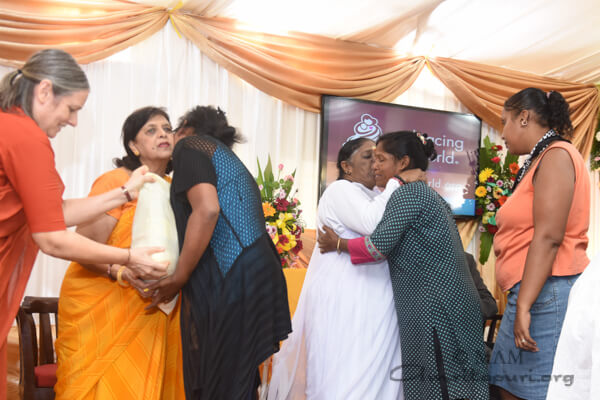 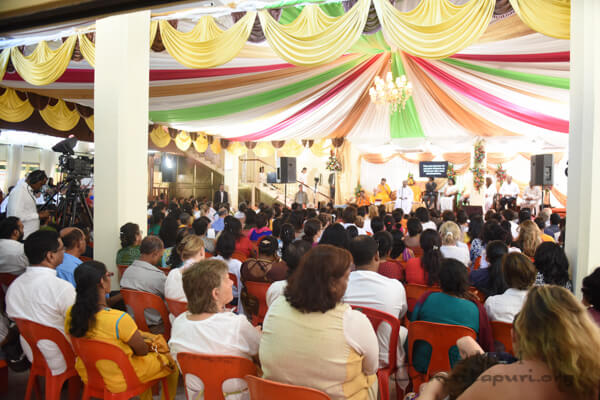 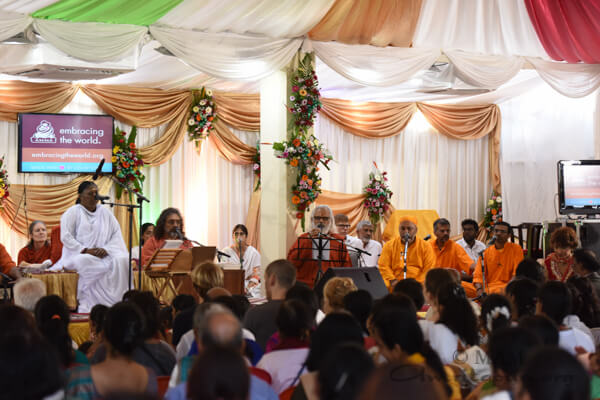 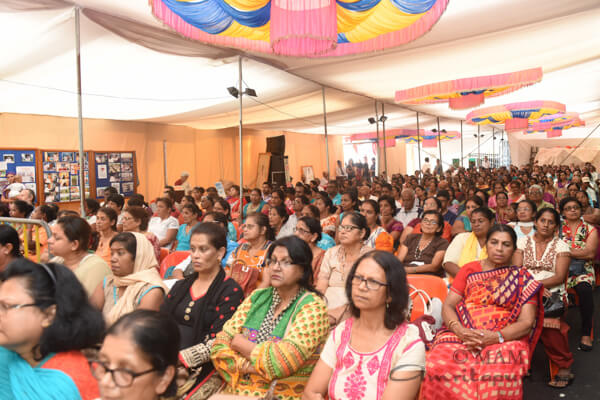 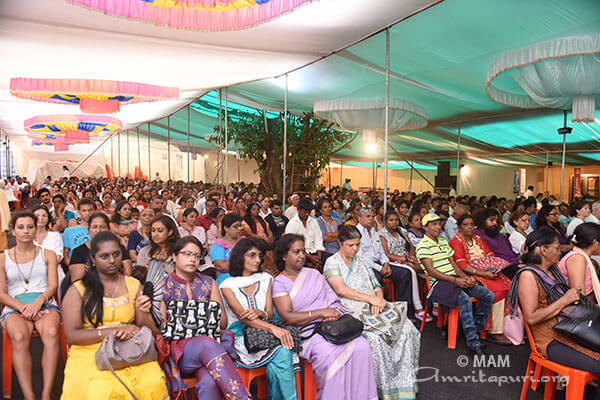