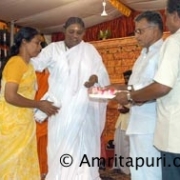 Tomorrow Amma will install and consecrate the murti for Her 18th Brahmasthanam Temple. But tonight She handed house keys over to 10 of the Trissur District’s poor. The keys are representative of 100 houses the Ashram is constructing here as part of its Amrita Kuteeram project to build 100,000 free houses for the poor across the country. For Amma building houses for the poor and building temples for God are equally sacred. As Sri. Therambil Ramakrishnan, the honourable speaker of the Legislative Assembly of Kerala put it, “Amma has proved that manava seva is Madhava seva-“serving mankind is serving God.'”

Sri. Ramakrishnan, who handed over the keys blessed by Amma to the poor, was speaking as part of the Trissur Brahmasthanam Festival’s inauguration. In his speech, he said that Amma is the spiritual ambassador of the eternal culture of Bharat. “Amma is a living legend of motherly love,” he said. “Amma’s humanitarian activities are a model for the world to follow. In reaching out to the tsunami victims—helping them and consoling them—in an area where the government has failed, Amma has been successful. What no government has been able to do, Amma is doing.”

“In this dark world someone has lit a candle,” Sri. Ramakrishnan concluded, “Instead of complaining about the darkness, follow the light.” 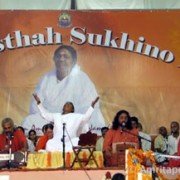 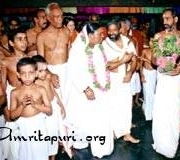 The place where speech ends 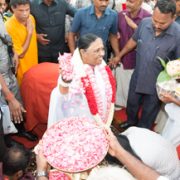 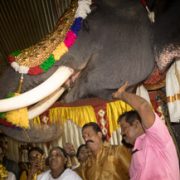 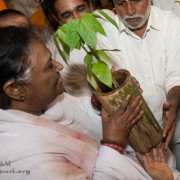 Only when joy and sharing come, will our efforts become complete

Houses are ready in Ernakulam

Installing god in the temple & in the heart
Scroll to top